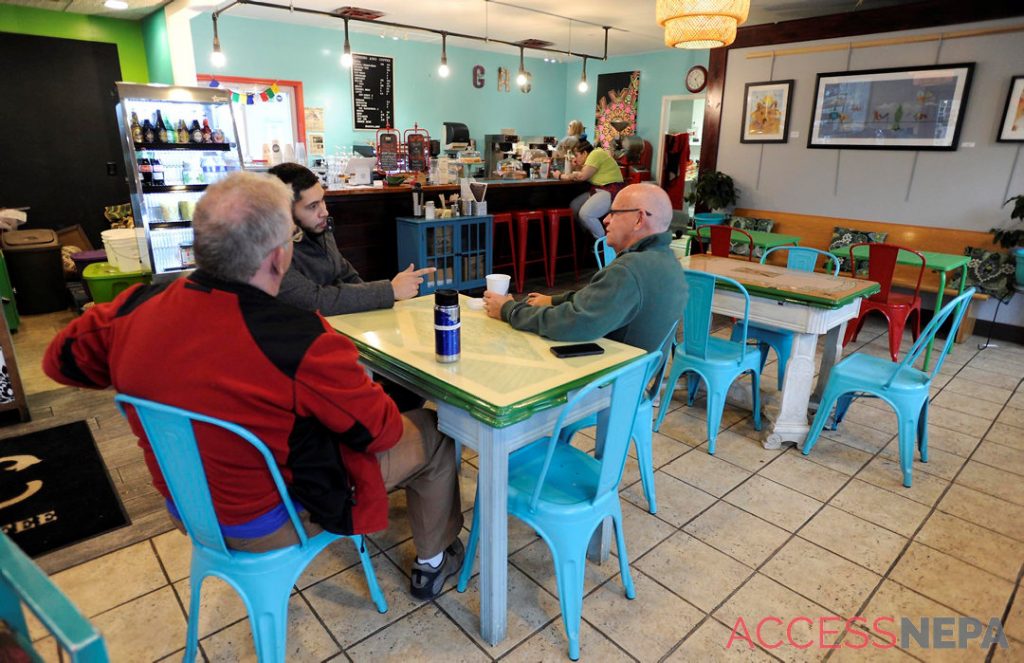 Grateful Roast Cafe and Coffee Roaster is expanding into Lackawanna County and relocating in Luzerne County.

Co-owners Brian Williams and his wife, Sarah Kratz, always enjoy visiting the Abingtons for the Clarks Summit Festival of Ice and decided to start a shop in the borough.

“We really like the neighborhood and community, and we thought now would be a good time to get up there,” Williams said.

Williams has been encouraged by early signs of support for the new business.

“I put a sign in the window in Clarks Summit and people are saying they’re excited to see us coming,” he said. “It’s cool there is already a response.”

Williams and Kratz opened the business’ original location at 400 Middle Road in Nanticoke in 2016 and are in the process of moving to a new spot at 75 N. Market St. in the city.

“We’re moving to the center of town from our location on the edge of town,” Williams said. “It’s a better space with more foot traffic. We know a lot of the families would like to walk to the cafe and not necessarily have to drive.”

Williams said he has been roasting coffee for more than a decade and uses beans from locations such as Brazil, Guatemala and Africa. While Williams has some concerns about opening a second location at a time when it has become difficult to hire workers, he’s confident they will be able to make it work.

“The goal is to have somebody hired and trained in Nanticoke with my wife so I can run Clarks Summit while we find a team up there,” he said.

The Nanticoke shop also offers a variety of food items, but the Clarks Summit location will focus mostly on pastries and coffee.

“It’s not going to be a full cafe because the space is much smaller, but I think it’s going to be perfect for what we want to do,” Williams said.

Clarks Summit Borough President Gerrie Carey is excited to see another business moving into the area.

“Our storefronts are really filling up very quickly which is a good thing,” Carey said. “People want to come to Clarks Summit and they know we’ll work with them and help them get set up.”