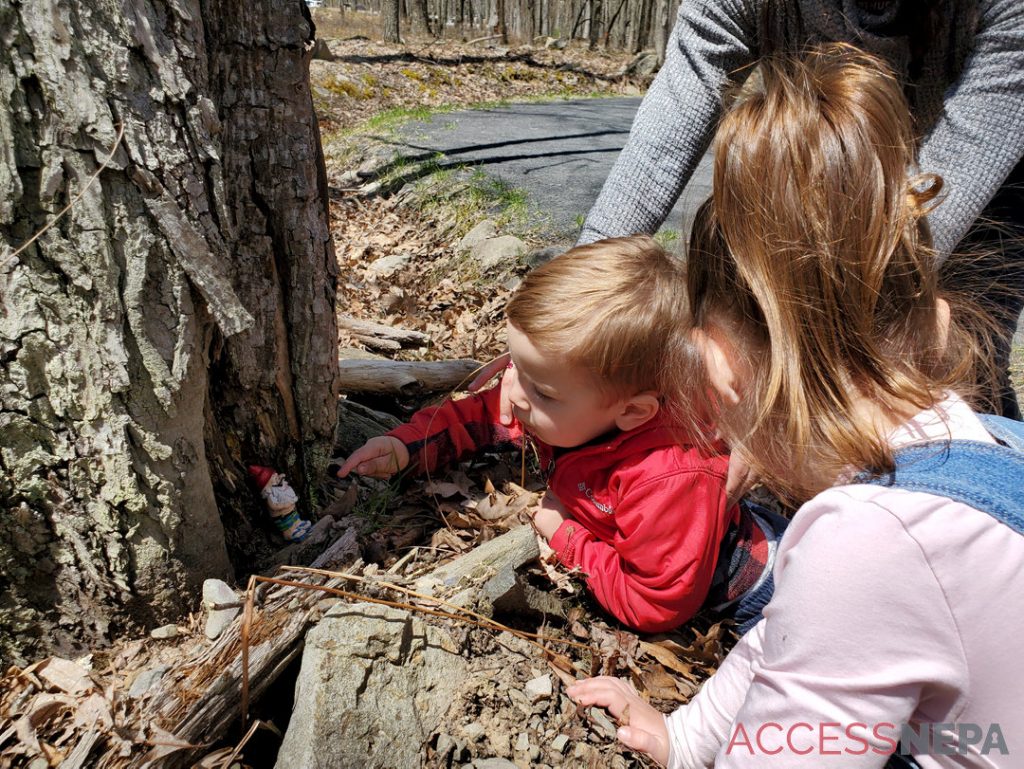 Leah Kirk went to a nature preserve in Pike County to look for wildflowers and found something else. Garden gnomes.

“About a week ago I just decided to come here. Basically I was looking for wildflowers. As I was keeping my eyes on the ground, I happened to come across these little gnomes,” Kirk said in an interview Thursday at the preserve during her latest forage.

Upon spotting a first gnome, she thought, “That’s cool,” Kirk said. “Then I saw another one. Then I saw the big one (inside a hollowed-out tree trunk) and I thought, ‘Oh, wow, this is a pattern.’ And every day I’ve just been coming back and discovering more.” 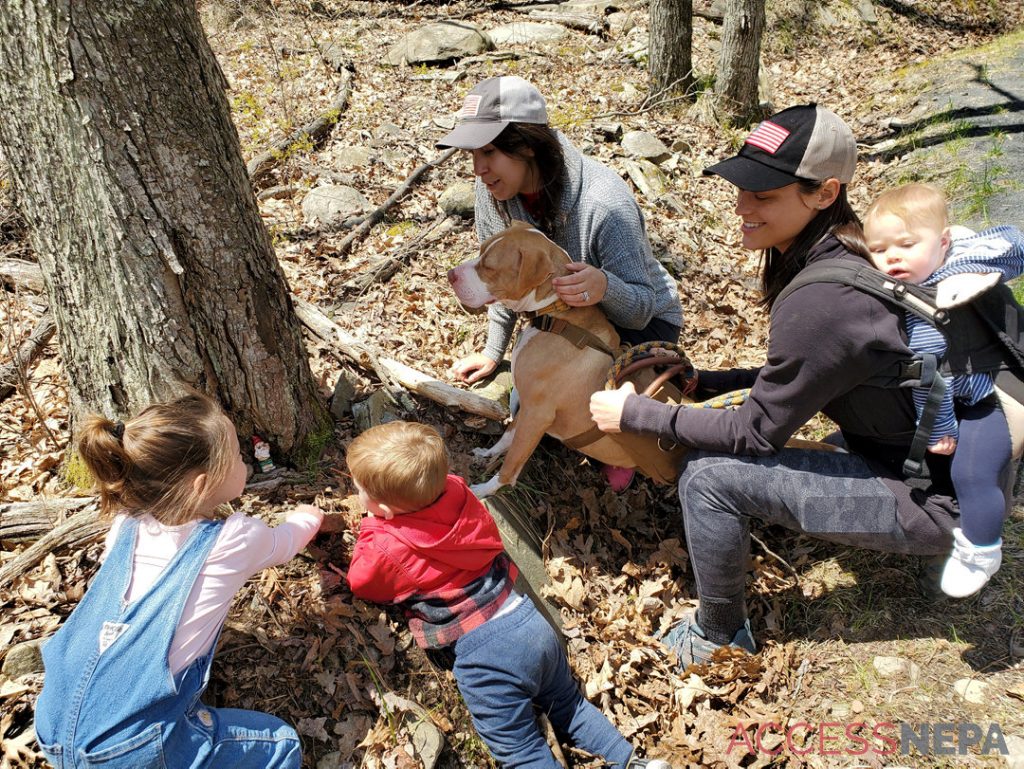 Kirk took to Facebook earlier this week asking who nestled the gnomes at the preserve and how many were placed there. She didn’t get an answer, but word of the gnomes spread and soon many other people from Northeast Pennsylvania descended on the property to do their own exploring.

“I thought if I put the word out on Facebook somebody would come forward and admit to it, but no,” Kirk said. “I don’t know how many in total there are.”

The ceramic-type gnomes, ranging in size from tiny imps about 2 inches tall to a larger elf about 1 foot tall, are frozen in fantasy time in various activities: playing a saxophone, peering over sunglasses, carrying armfuls of mushrooms and holding a snail atop a large mushroom.

While some gnomes disappeared, others appeared, she said.

Kirk likened her gnome hunts to geocaching, which she also does and which also occurs at the preserve.

“It’s just an extra treat, something fun to do,” Kirk said of looking for gnomes. 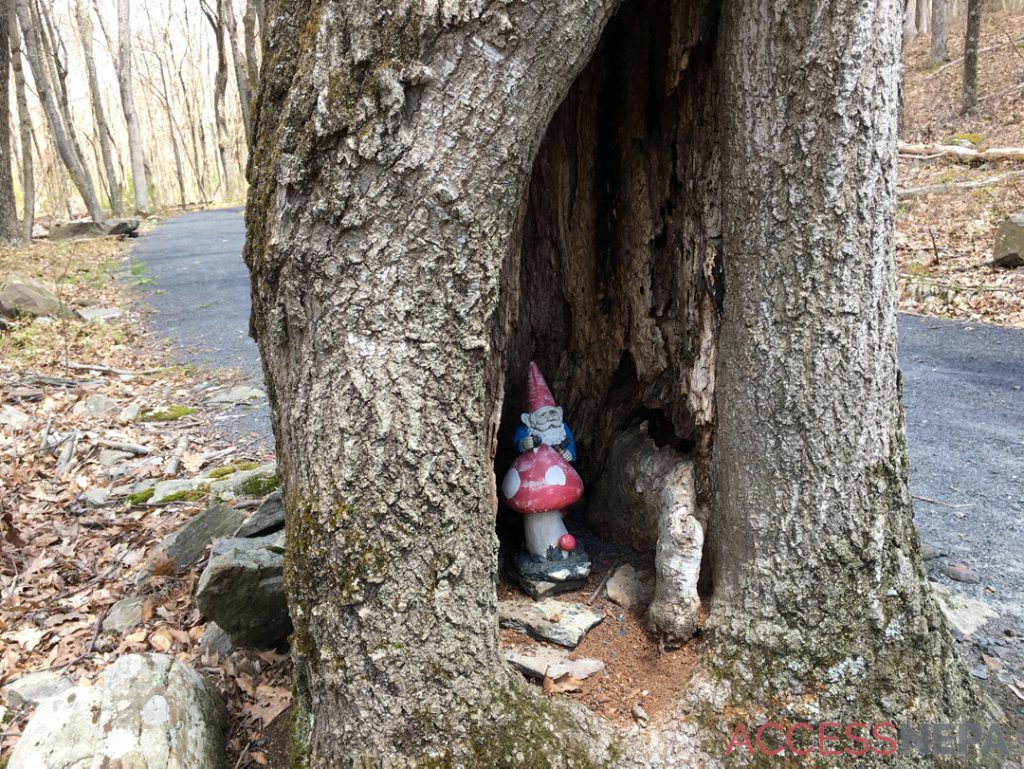 A search party consisting of Ashley Briggs and her daughters McKayla, 3, and Parker, 10 months old, of Dingman Twp., and Amanda Walker and her son, Austin, 2, of Milford Twp., also found several gnomes Thursday. They learned about the gnomes on social media and decided to go see for themselves.

“A friend of ours told us and posted a picture that there were gnomes all over the Cornelia and Florence Bridge Nature Preserve trails,” Briggs said. “It’s just a nice day and something to do.”

Walker added, “We thought it would be a cool thing for the kids.”

Meanwhile, other folklore figurines also just popped up in the preserve, Kirk said.

“Now today I noticed on one section it’s gnomes and on the other end it’s all fairies,” Kirk said. “It’s gnomes and fairies, so it’s pretty fun.”