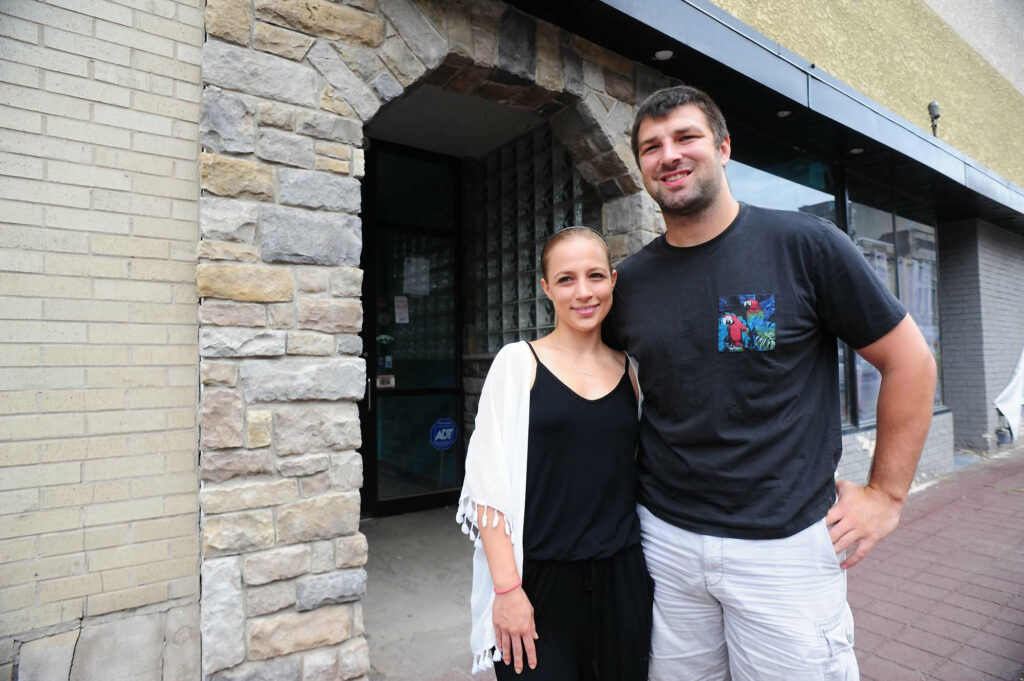 New owners have taken over the former Bart & Urby’s bar and restaurant in downtown Wilkes-Barre and plan to reopen it in September with a different atmosphere.

Josh Popple and his fiance Kaylee Macko, both 26, said they’ll choose a new name for the business, but have yet to settle on one.

The Bear Creek Twp. residents received approval for a liquor license transfer from the former Bart & Urby’s, which was well-known in the Northeast Pennsylvania music scene for featuring bands.

“We’re going to possibly try to keep the stage but it won’t be the main focus as it was before,” Popple said. “Everything has been changed inside.”

The new business will feature “upscale bar food” like sandwiches and burgers, Popple said. They hope to appeal to the dinner crowd and local college students.

Brian Urbanas, owner of the popular bar and restaurant, died Jan. 25 at age 39 after a long fight with multiple sclerosis.

Urbanas and his cousin opened Bart & Urby’s in a former beauty school on South Main Street in 2005.

He took pride in creating a space that celebrated music and art. He opened The Other Side, a venue connected to the bar, in 2013 to host more live music.

After Brian Urbanas died, his parents Patsy and Joe Urbanas closed the bar and sold the business and building.

Popple, who works in ecommerce, and Macko, who was a waitress at Bart & Urby’s for three years and now works in medical sales, said they have made the space bigger by merging the two formerly separate spaces into one.

Bart & Urby’s also was known for holding a trivia night and Popple said, “We’re going to try to bring it back.”

She and Popple hope to reopen the bar by mid-September. They said it will be open 4 to 11 p.m. daily during the beginning of the week and 4 p.m. to 2 a.m. Thursday, Friday and Saturday.

They said they have been talking about opening a bar and restaurant for years and have been busy working at the site.

“This popped up and the opportunity arose so we took it,” Popple said.