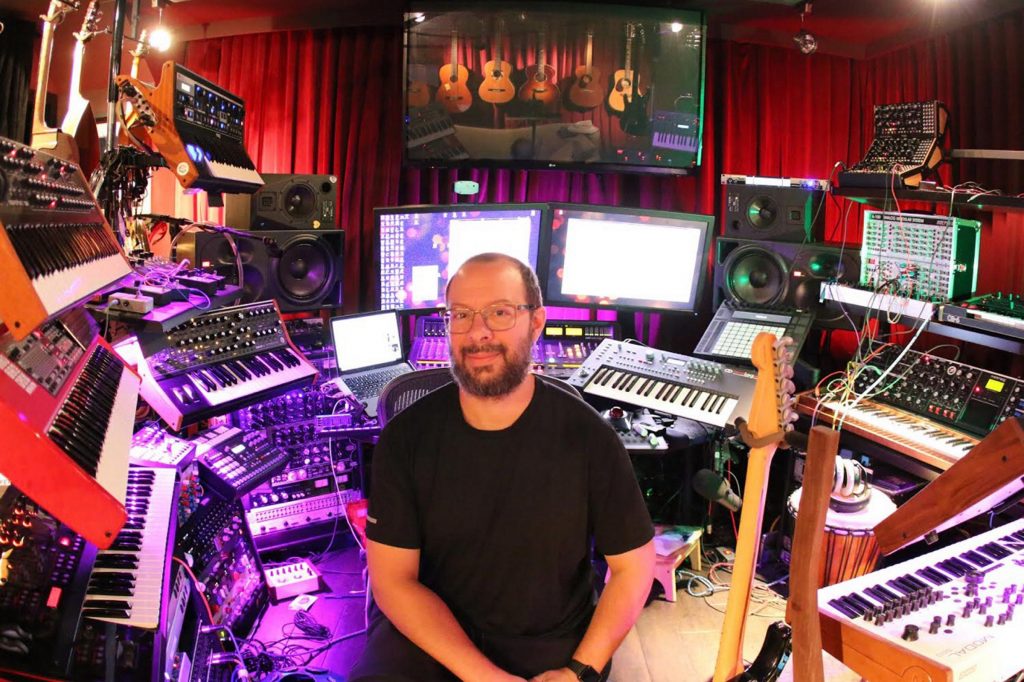 Matt Mariano considers himself very lucky, because he has had not one, but two of his dreams come true.

Matt’s dad, Frank Mariano, is glad his son can be recognized by his hometown for his talents.

“In 20 years, he’s done a lot of good work,” Frank said. “But this is the first time he could come home with his work. It’s a nice opportunity to come back home.”

Matt, a member of Hazleton Area High School’s first graduating class in 1993, started playing the piano when he was 10 years old.

“My parents got me a piano when I was 10. When they brought it into the house, I cried,” he said. “My laser focus since I was 13 was to attend the Berklee School of Music in Boston. I’m lucky I got to live my scholastic dream. I was immersed in a world of music.”

In his third year at Berklee in 1996, Matt got an offer he couldn’t refuse — pardon the pun.

“I got an offer to be an assistant at a music publishing house in New York,” he said. “An offer like this is rare, and I was very fortunate to get it. It was how I got my foot in the door.”

By the time he responded to the offer — at the Zen Music Inc. publishing house — they didn’t need an assistant anymore, but needed a composer because one left.

“When you see an opportunity you have to be ready when one comes,” he said. “Within a month, I was writing music for commercials for McDonald’s, Barbie and Hasbro, and I was 21 years old. That opportunity led to scoring motion pictures. I’ve done it for 22 years. I’ve never had another job.”

After two years in New York, Matt had an opportunity to take a similar job in 1997 at Vérité, a music publishing house in Boston.

“I wanted to return to Boston, because it was important to finish my degree,” he said.

After getting his degree, two years later he moved to Los Angeles in 2000, to be closer to the entertainment industry.

In his studio, he has eight computers, 43 synthesizers, 22 guitars, a cabinet full of microphones and a 100-year-old Hammond organ.

“My dream was to have a recording studio where I could write songs and produce musicians,” Matt said. “I’ve found my passion in music and technology. I’m very fortunate that two dreams of mine have come true.”

Matt combines the latest technology and his musical prowess — he plays piano and guitar — to score motion pictures and television shows. But he is a traditionalist. 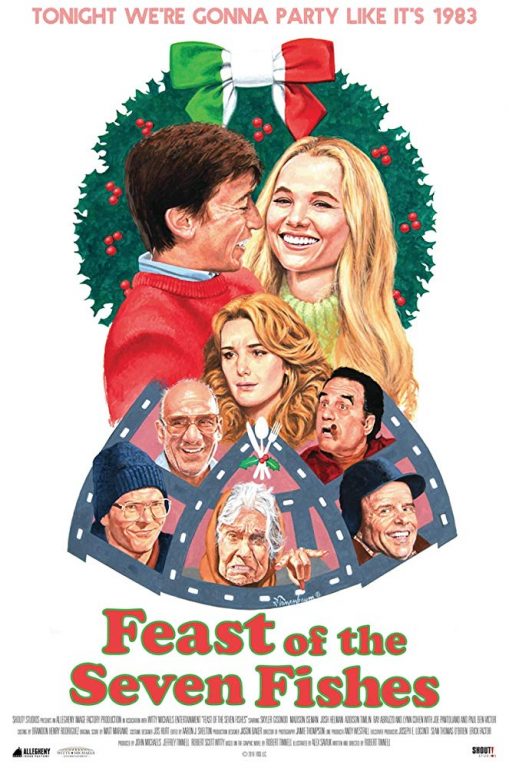 “I use technology, like a computer for drums,” he said. “But I like to use real instruments. It takes more skill and more time. but gives the music more character.”

His resume is impressive. Before “The Feast of the Seven Fishes,” Mariano scored 10 seasons of the television show “Grey’s Anatomy.”

“It was a rare opportunity to be able to score a show that big,” Matt said. “I did two seasons of the Netflix series ‘Alexa and Kate,’ including the theme song. I also did four seasons of the TV series ‘Raising Hope.’ I did the three shows at the same time.”

“Phil Latella was my music teacher at Heights-Terrace Elementary,” Matt remembered. “He noticed my talent. He gave me some old synthesizers. That was a turning point for me.”

“Matt is one of the most incredibly talented students I’ve ever come across in my life,” Latella said. “I’ve had some talented students, but Matt is top of the class. When he left sixth grade, I knew he was goig to go far. I saw him play a Billy Joel song in Atlantic City. He was playing the piano and the harmonica at the same time. He was amazing. I’m not surprised he is where he is.”

“When he was 11 years old, I told him he would be writing music for movies,” DeMelfi remembered. “I don’t know how I knew. I just knew. He was amazing. I would give him a scenario, and he would play it. He was always very talented and humble. He has been very successful.”

Frank Mariano said DeMelfi “was a good match” as a teacher for Matt.

“Danny knew his skill, and had the idea he was not going to do things the traditional way you teach music,” Frank said. “He knew he was going to do composition and engineering, that kind of music.”

Frank said Matt has always had an affinity for music.

“Matt was always focused on music. It pretty much became his sole interest,” Frank said. “I said to him when he was in about ninth grade, ‘It will be fine if music is a minor. But what are you going to major in in college?’ He said, ‘Dad, don’t try to talk me out of something I was born to do.’”

“I said to him, ‘You’re so good with computers. Why don’t you go into computer science?’” she remembered. “But he knew where he wanted to go. He innately had this passion for music. When he was in about fourth grade, he was running down the street. I asked him where he was going. He said ‘I have to get to the piano, because I have these sounds in my head I want to get out.’ Most people think in words. Matt thinks in words, but he also thinks in sounds.”

Mariano got the opportunity with “The Feast of the Seven Fishes” on a recommendation.

“A friend, Kim Hamberg, called me,” he said. “She was the producer of ‘Raising Hope’ for four seasons. Her husband, Jamie, shot a movie, and they were having a had time finding a composer. Kim recommended me. When she told me the name of the film, just the title made me want to do it.

“I called Bob Timmel, the director,” Matt said. “It took him 12 years to make the film, because of finances. We had a long conversation. We had similar experiences, and bonded immediately. His passion is infectious.”

Doing “Fishes” was more important to Matt than the average score.

“In the 22 years I’ve been in this business, this is one of, if not the most, meaningful project in my career because I relate so closely to my experiences growing up in an Italian-American culture,” he said. “In this business, sometimes you are pushed into giving people what they want, not what you want. It’s not your aesthetic. That’s not the case here.”

The movie’s cast includes some familiar names — members of the cast of the former HBO series “The Sopranos,” Joe “Joey Pants” Pantoliano, also known from “The Fugitive” and its sequel “U.S. Marshals,” and Ray Abruzzo, who did a lot of television work beginning in 1982.

“The cast was amazing to work with,” Matt said. “The movie is set against this backdrop of this environment of a working class, Italian family but involves the younger cast members. I was able to capture the character of the film. You do better when you’re in love with the project.”

Matt is the father of two daughters — Maya, 10, and Malia, 8. The proud dad said both daughters have musical dreams already, like their dad.