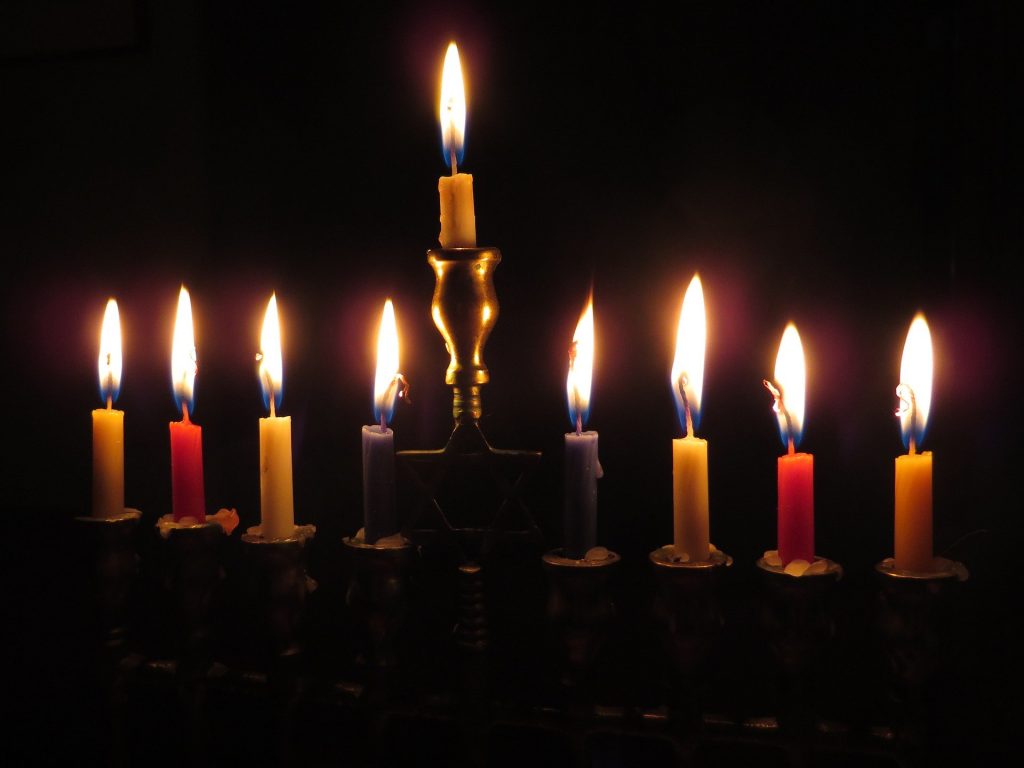 Jewish families across the region will light their menorahs at sunset tonight, beginning the eight nights of Hanukkah — a time of tradition, faith in God and even some gift giving.

For years, Jennifer Novak went to her daughter’s classes at the Dunmore Elementary Center to teach students about the 2,000-year-old Jewish holiday. There, she and her daughters, Mia, 13, and Sascha, 10, would share their culture, teaching the class about the history of the holiday and playing games.

She didn’t view it as something religious, but rather just sharing traditions, giving students insight and adding diversity to the area.

Like her daughters in Dunmore, Novak also grew up in a neighborhood with a very small Jewish community.

“Everybody celebrated Christmas, and I didn’t,” she said.

She wants her children to share in other cultures, too, whether it’s baking Christmas cookies, decorating a tree or wrapping gifts.

“I love if my children get included in other people’s traditions,” she said.

“It was pretty cool,” she said. “All of them really liked playing with the dreidels and stuff. They all asked me a ton of different questions.”

Questions ranged from how many presents she gets to how long Hanukkah is. She usually gets one present a day, but it could be more if her grandparents stop by, she said.

“I really like seeing my family. It’s really fun for them to come,” Sascha said, adding, “I like the presents, of course.”

Hanukkah is a post-biblical holiday that marks the victory of the Maccabees over Syrian invaders, and the Jews’ subsequent rededication of their temple, said Rabbi Daniel Swartz of Scranton’s Temple Hesed. The Greek Syrians tried to take over Israel.

Though vastly outnumbered and with inferior weapons, the Maccabees, who were a group of rural, working-class people, defeated the invaders. They celebrated and made the newfound holiday eight days long to mirror Sukkot, which is the Jewish harvest festival and was the largest holiday in ancient Israel, Swartz said.

“Here they were sort of recreating this fall holiday in winter,” he said.

One of the most recognizable symbols of Hanukkah is the menorah. Jews light one candle on it for each of the eight nights of the holiday, also called the Jewish Festival of Lights. The story that led to the tradition — oil miraculously lasting for eight days in the temple — actually came about centuries after the Jews rededicated their temple.

Rather than focusing on a military victory during Hanukkah, rabbis wanted to shift the focus to a deeper meaning: the idea of faith inspiring them to do great things, Swartz said.

Though they had little oil, the Jews didn’t wait until they had more before lighting their menorah.

“You’ll find a way, and God will help you find a way,” he said. “Faith is what sustains it.”

The tradition of giving gifts on Hanukkah dates back to the 1800s, when Jews would tip people who served in the Jewish community to show gratitude. Modern gift giving took over in the 1950s as the holiday became more commercialized, Swartz said.

Hanukkah is actually a minor Jewish holiday, but it has gotten “outsized coverage” because it happens to fall near Christmas, he said.

He sees the incorporation of gift giving as a way of learning from others rather than just imitating a tradition.

“The whole idea of ‘Christmas spirit’ as a time when you just try to live your life with gratitude and show thanks for others — that’s a great lesson that can be applied, obviously, outside of Christianity,” he said.

For Jacob Weinberg, 18, of South Abington Twp., Hanukkah is a tradition passed down through his family.

“It’s pretty low key,” he said. “It’s more about keeping it going than making it a trend.”

His family’s menorah was a gift from his grandparents.

When it comes to presents, Weinberg sees it as a way of taking the thoughtfulness of giving gifts on Christmas and applying it to his own culture. It gives him an excuse to give gifts to loved ones.

“It’s a nice way to sort of tie the two cultures together,” he said.