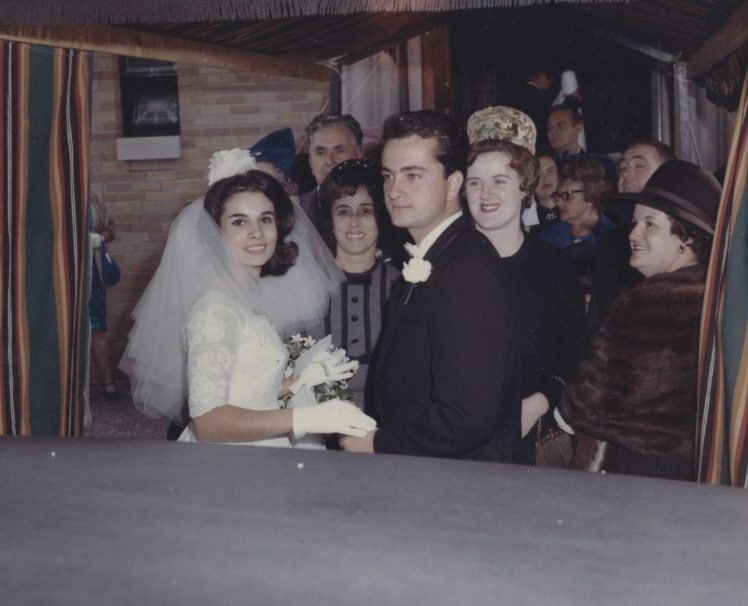 Devotion to one another buoys Scranton couple over decades together

Everyone remembers their first crush. Not everyone is lucky enough to marry them.

Joseph Gaynor and Kathy Cawley of Scranton have been married for 55 years, though they’ve been in love for longer. The minute Gaynor (which mostly everyone calls him) saw Kathy walk through the door of his fourth-grade classroom, he knew she was the one for him.

“I said, ‘There she is. That’s my girl. I’m going to marry that girl,'” Gaynor, 79, recalled recently over FaceTime from inside Allied Terrace, Scranton, where he and his wife have lived since last February.

Kathy, 78, sitting next to her husband, said she prays every day that she and Gaynor will always be together. Her prayers have worked, but so did the couple themselves, through the good times and the bad, as they raised five daughters, loved eight grandchildren and sometimes fought for their lives. Love might not always conquer all, but the Cawleys make a compelling case for it.

Last year, the couple celebrated their milestone anniversary inside the assisted-living facility, under strict lockdown because of the coronavirus pandemic. For several months, the Cawleys only had each other, and that’s all that kept them going.

“You have to have that love there,” Kathy said, elaborating on the secret to a long marriage. “You have to know that the love is stronger than anything that gets in the way. … You can do anything because you have them by your side.”

The couple’s love story began in West Scranton, where they both grew up. Kathy’s parents, the late Herbert and Marie Peters Karam, raised her and her two brothers on North Lincoln Avenue, while Gaynor grew up on Aswell Court. After his parents, the late J. Gaynor and Margaret “Peg” McHale Cawley, separated when he was 3, his mother worked to support her family and raise him and his five siblings.

After the couple met while attending St. Patrick’s schools, no one could keep them apart – not the nuns or Kathy’s father, even after he tried to convince her to break up with Gaynor by buying her a blue convertible. 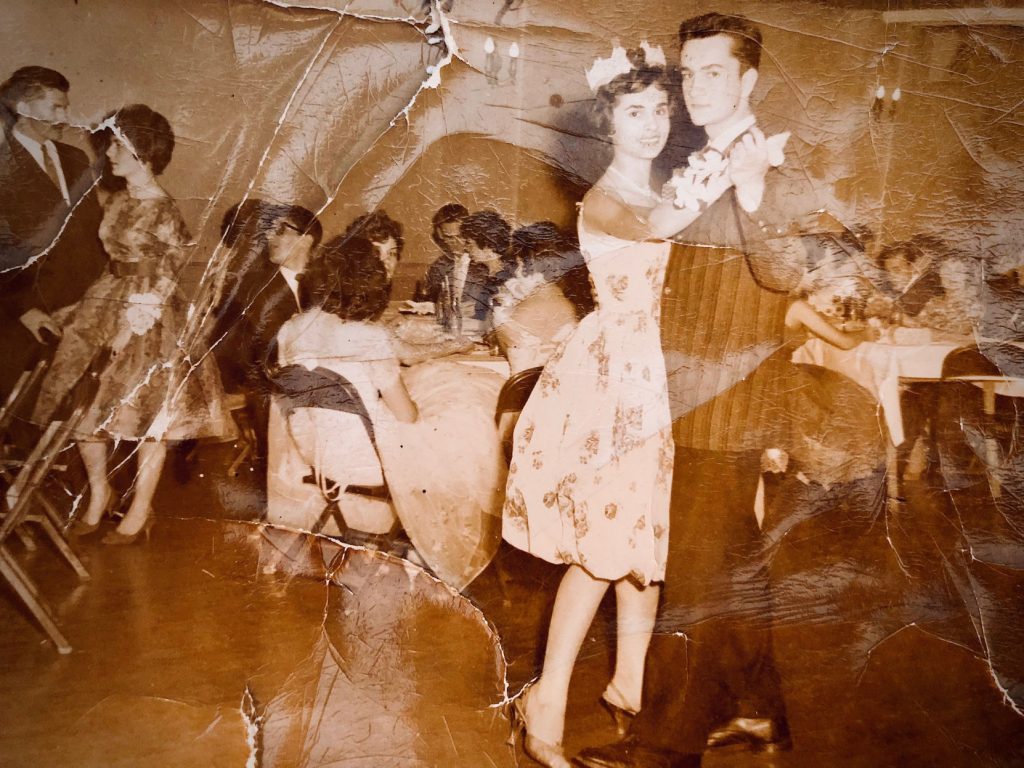 Over time, Kathy’s dad warmed up to Gaynor as he proved himself to be kind, respectful and driven as a dedicated and skilled basketball and baseball player. Kathy, meanwhile, captained the high school cheerleaders. The high school sweethearts continued dating after graduation as Kathy went to Marywood College and Gaynor to University of Scranton.

Their relationship was tested when, after one year of college, Gaynor had the chance to pitch for the Thomasville Tigers, the Detroit Tigers’ minor league team then based in Georgia. Kathy supported his decision, and Gaynor spent the next few years traveling the country playing baseball. He had an offer to move up to the majors, but he couldn’t stop thinking about his girl back home. He returned to Scranton to ask Kathy to marry him and start a family.

The two married at St. Ann’s Maronite Church, Scranton, on Oct. 2, 1965, before honeymooning at Cove Haven Resort in the Poconos. Their first daughter, Lynn Cawley, was born a year later, followed by another girl, Tara Cawley Russo.
Gaynor took a job at Woolworth’s, learning many lessons of trustworthiness and integrity. When he was offered a promotion, the family relocated to Seneca Falls, New York, but they missed their loved ones in Scranton too much and moved back home in 1970. They welcomed two more daughters, Claudine Cawley Gaughan and Jennifer Cawley, before buying their first and only home on North Lincoln Avenue in West Scranton. 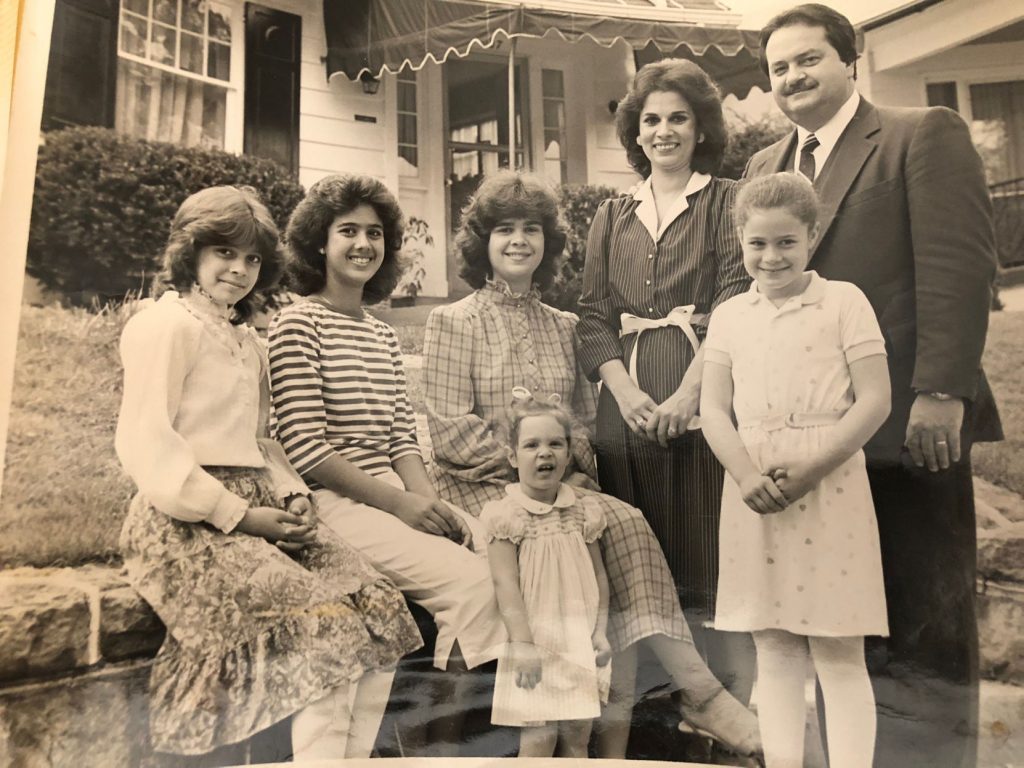 The Cawleys raised five daughters, Lynn, Tara, Claudine, Jennifer and Kate, while Gaynor traveled to and from Harrisburg as a member of the state House of Representatives and Kathy worked as a teacher and kept the household running smoothly.

Gaynor transitioned from retail to city politics, working under his wife’s uncle, Mayor Eugene Peters. An educator, Kathy taught in the business departments at Scranton Technical High School and Northeast Institute of Education and Marywood College’s business and secretarial department in addition to teaching keyboarding and computer programs at Bishop Hannon High School.

In 1980, the couple welcomed their youngest daughter, Kate Cawley Suraci, and Gaynor was elected to the state House of Representatives, where he worked until his retirement in 2006. He considers his greatest achievements to be working for the underprivileged, disenfranchised and forgotten. Gaynor spent Mondays through Wednesdays in Harrisburg and returned home on Thursday nights to be with his girls. 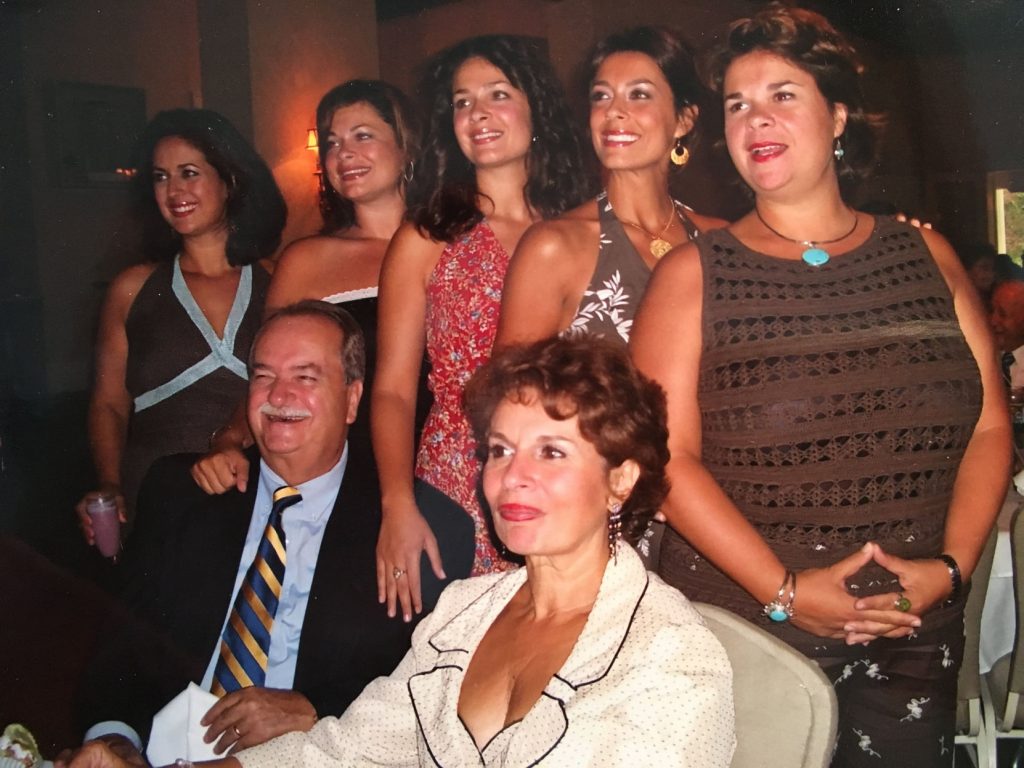 Gaynor and Kathy Cawley would see their daughters, Lynn Cawley; Tara Cawley Russo; Claudine Cawley Gaughan; Jennifer Cawley and Kate Cawley Suraci, grow up and have families of their own.

Community meant a lot to the Cawleys as well, and Gaynor volunteered his time on weekends, at speaking engagements and with sporting events. Kathy kept the household running while also working (she retired in 2007), ensuring her daughters pitched in and learned the importance of hard work. The Cawleys saw their daughters grow up and start families of their own.

In retirement, they focused their lives on family, including their eight grandchildren Zachary, 24; J.C., 21; Ava, 19; Lila, 18; Katherine, 17; Oliver, 9; Sofia, 8; and Leo, 7. The couple hosted Sunday dinners and pool parties and took years of big family vacations to places such as Bethany Beach, Delaware. 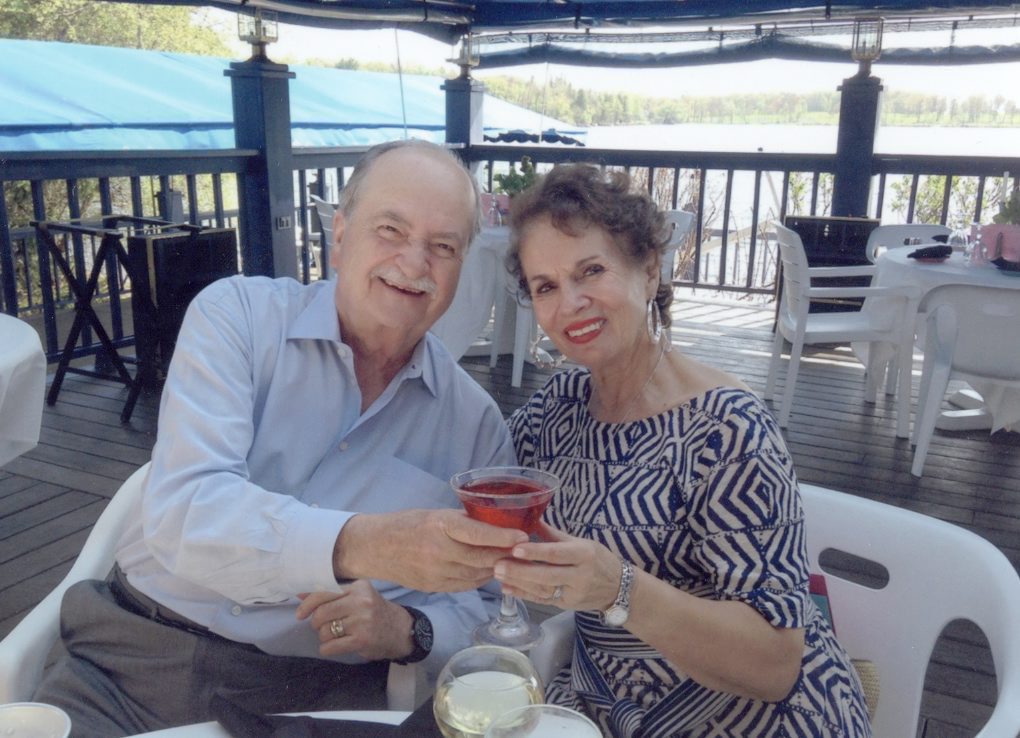 Life was not without its challenges, though. In 1997, on his way home from Harrisburg, Gaynor lost control of his SUV while going over an icy bridge. Thrown from his vehicle, he suffered broken ribs, a broken femur, a dislocated hip and a punctured lung. With the help of rehabilitation at Allied Services, he made a full recovery within a year and earned the name “Rocket Man” by his colleagues in Harrisburg.

Around 2011, Kathy was diagnosed with late-onset Huntington’s disease, a rare but debilitating neurological disorder similar to Parkinson’s. Some days are harder than others, but she deals with it with grace and has never lost her faith in God.

In 2017, Gaynor was diagnosed with lung and throat cancer and underwent two years of intense treatments. He then developed double pneumonia in his lungs in late 2019 and was hospitalized for nearly a month at Geisinger Community Medical Center, where he had a bleak prognosis. While the family rallied around Kathy and Gaynor, Kathy just wanted to be with her husband.

Gaynor wasn’t going down without a fight, however, and told his family he was not ready to die. Transferred to Allied’s Pulmonary Rehab Unit, he was weaned off of oxygen and went from a wheelchair to crutches to walking again in about six weeks. Kathy remained at his bedside every step of the way, praying like she had done for years.

In February 2020, Kathy and Gaynor needed extra care and moved into Allied Terrace. The coronavirus pandemic hit the following month, and most assisted-living facilities like Allied enacted strict no-visitor policies. While their family called and video-chatted every day, the couple leaned on each other as they adjusted to their new lives. Kathy always knew she and her husband were blessed, but the pandemic proved it.

“You see so many people in (Allied Terrace) without their husband or wife, and they’re all alone,” she said. “Gaynor and I have been married 55 years, and we couldn’t be apart. … We have five amazing daughters, too, that are always calling and always there for us.” 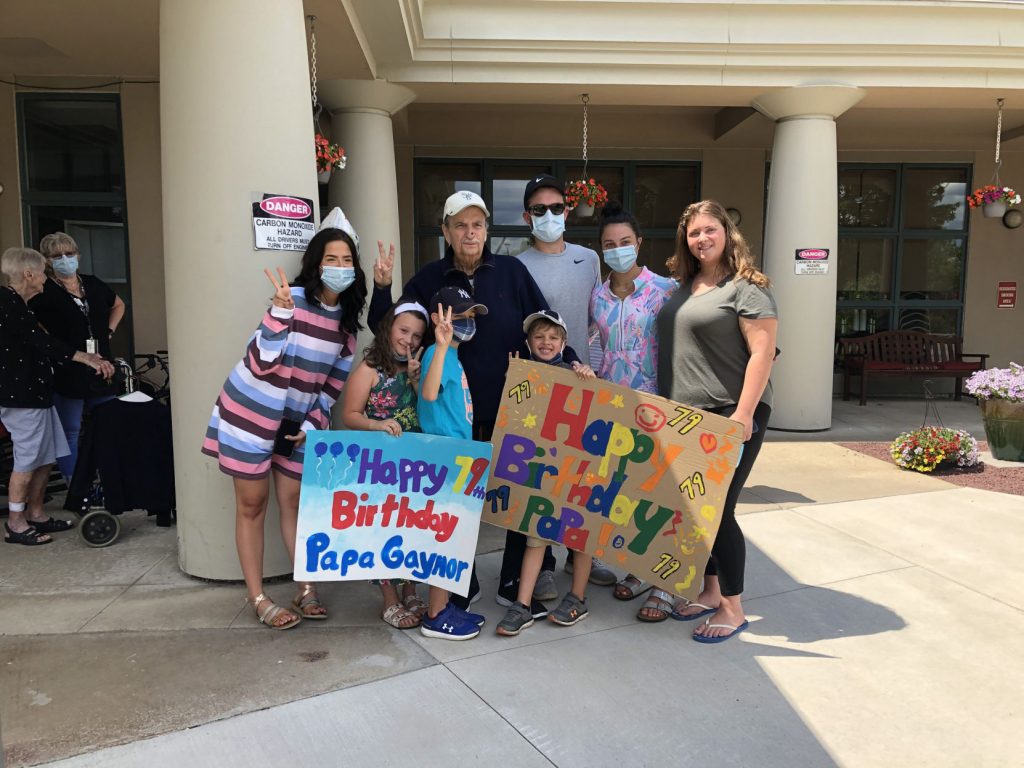 When the COVID-19 restrictions were partially lifted in June, the Cawleys family, including their eight grandchildren, came to visit the couple at Allied Terrace, Scranton, with coffees, ice cream and even a drive-by celebration for Gaynor’s 79th birthday as well as their granddaughter’s First Holy Communion.

When the restrictions were partially lifted in June, their family came to visit with coffees, ice cream and even a drive-by celebration for Gaynor’s birthday. The restrictions went back in place before the holidays, and while it was tough to be away from family, the couple stayed strong and held onto each other as their children and grandchildren dropped off gifts. They continue to do so to this day and are hopeful for what comes next, as they each have received the first round of the COVID-19 vaccine.

While their kids wish they would stop accidentally switching their phones to silent mode (“Maybe it’s that they don’t want to talk to us,” Russo said, laughing), the couple’s daughters are just happy to know their mom and dad are right where they belong: with each other.

“Our parents have always been an inspiration to all of us, and we all aspire to have that same love in our own relationships,” Russo said.

No one makes Kathy laugh quite like Gaynor, and he still lights up when Kathy walks into the room.

“You want to be with someone that (whenever) you see them, you say (to yourself), ‘There she is. That’s my girl. She’s mine,'” Gaynor said. “Find the one you love, and the rest is heaven.” 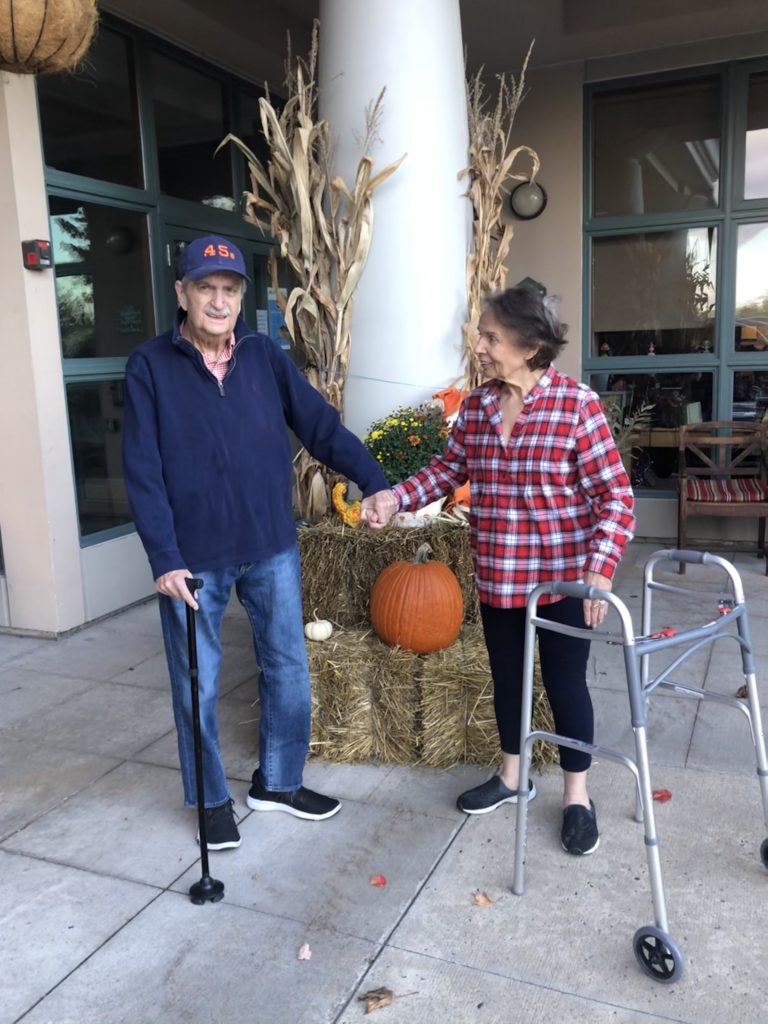 Just before March of last year, Gaynor and Kathy Cawley moved into Allied Terrace, Scranton, which then fell under strict lockdown because of the coronavirus pandemic soon after. For several months, the Cawleys only had each other, and that’s all that kept them going.

Background: High school sweethearts, the couple has been married for 55 years. They say they’ve been in love since Gaynor watched Kathy walk into their fourth-grade classroom. Prior to retirement, Gaynor was a member of the Pennsylvania House of Representatives and Kathy was a teacher. After raising a family and surviving highs and lows of marriage, the two have resided in an assisted living center together all through the pandemic.