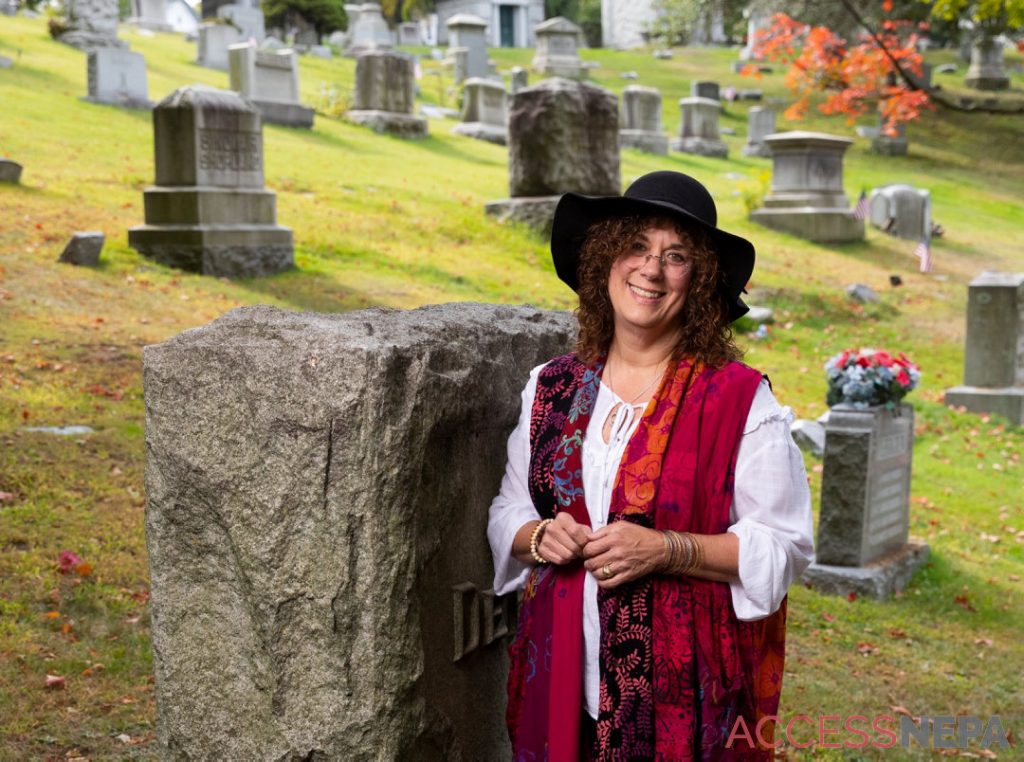 The Dearly Departed Players still plan to haunt the Dunmore Cemetery despite the coronavirus pandemic.

The group will hold its annual tour of the historical cemetery Sunday, Oct. 4, adapting it into a drive-through event instead of a traditional walking tour. The tour runs from 2 to 4 p.m., and visitors should use the cemetery’s Warren Street entrance.

For the past 23 years, Julie Esty has written the scripts for and performed with the players, who scatter around the cemetery and recount the lives of past area residents as the tour moves among the graves.

Esty works year-round on the research that goes into the scripts for the tour, and the players typically start rehearsals in July for their October performances. This year, when the group met for a read-through, Esty brought up the possibility of having to cancel out of concerns about the pandemic.

“We just had no idea what was going to happen with this virus, and the players were like, ‘No, we’re not (canceling),’” Esty recalled.

Instead, they hatched a plan to rework the format. The performers proposed plans for a drive-through reading tour, which will involve giving each car a booklet containing sketches of the 12 tombs selected as stops on the tour and a list of fast facts about the person at each spot.

“We know the tour is not going to be the same as it used to be,” Esty said. “We just want our audience to adapt with us this year and just help us make the best of a bad situation.”

While the tour will not be the same as in years past, Esty pointed out an unforeseen benefit to the change: it enables those who could not attend a walking tour to participate.

“I have people who wanted to go on the tour for years and they (couldn’t) because they have mobility issues, and they’re now coming to me saying, ‘We know you’re upset because your tour’s not in the same format as it usually is, but we’re really excited because this is the first time we’re going to get to do a tour in the cemetery,’” Esty said. “And that’s wonderful, you know. That’s wonderful that we’re going to finally be able to reach the folks who were never able to go.”

Throughout this experience, Esty said, her fellow players have inspired her, as has the example set by her father, the late Robert Snell.

“He would be the first one out there,” she said. “There would be times when he was in the hospital and he would say, ‘I have to get better. I need to be in that cemetery on tour day.’” 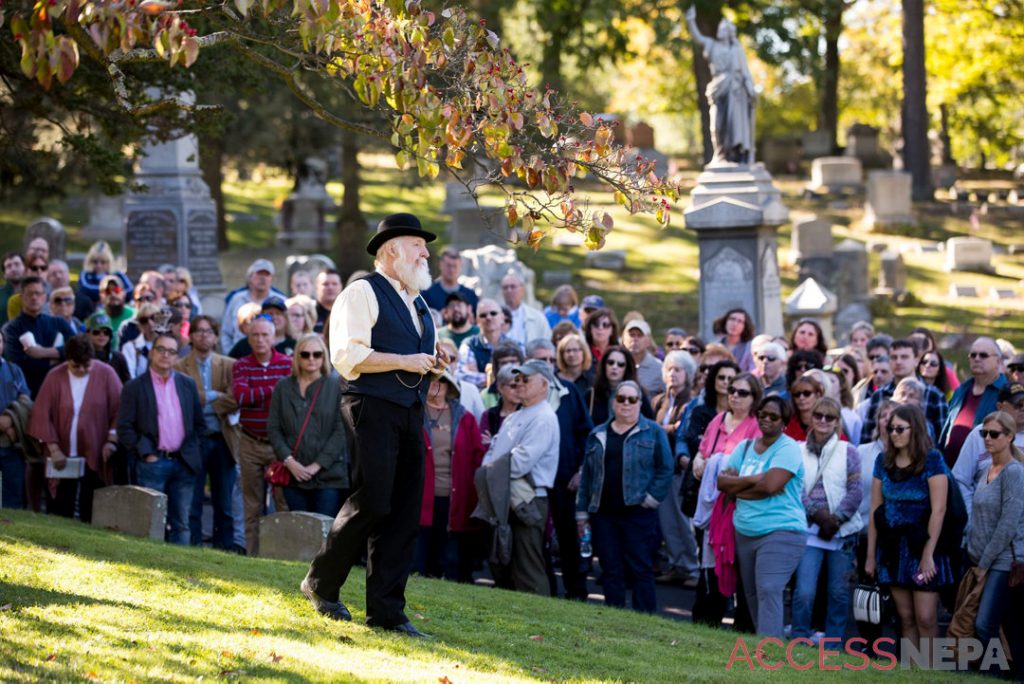 ACCESS NEPA FILE
Nelson Wood of Scranton portrays James W. George, a city firefighter who died in 1911, during the Dearly Departed Players walking tour of the Dunmore Cemetery on Oct. 1, 2017.

Local businesses and organizations have rallied behind the Players, donating supplies and services to help decorate graves and stops along the tour route. People have said they want programs like the tour to succeed since the coronavirus has led to the cancellation of so many other events, Esty noted.

“The response has been wonderful,” she said.

As in previous years, admission to the tour is free, but the performers ask that everyone attending bring a nonperishable item to donate to the Feed a Friend Program if they can.

While guests can follow the route with their booklets, the Players will be on site, too, to greet everyone and watch the tour while adhering to social distancing guidelines.