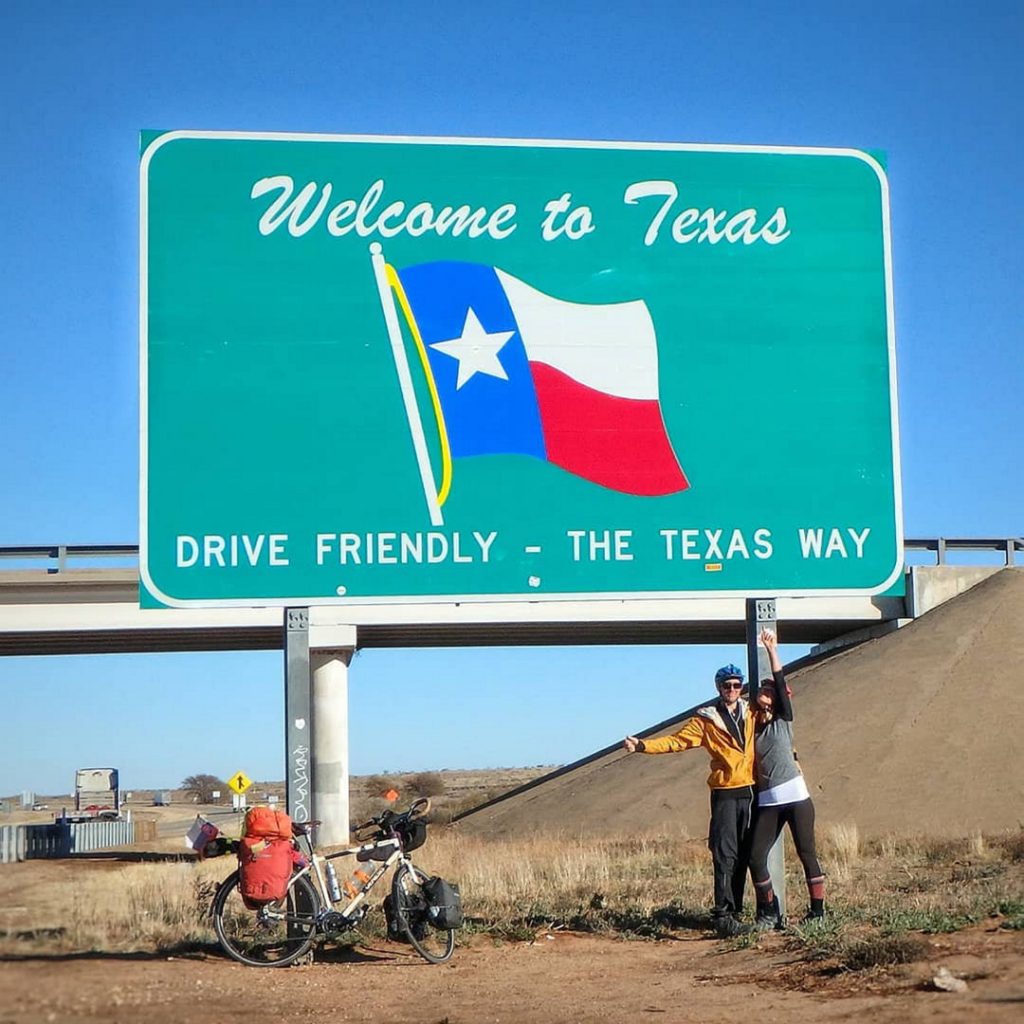 Lots of people say that one of their goals in life is to go out and see the world. Tim and Eliska Fetzko of Tunkhannock, are already on their way to accomplishing that, and are doing it in a very unique way.

The Fetzkos have made it their goal to bike around the world, and recently finished a 3,000-mile cross-country bicycle tour across the United States in only 60 days.

“The reason we want to bike is because we think that it’s the best possible way to see the whole world,” Eliska Fetzko said. “We also found out that by biking we don’t stick out like tourists, which we don’t want to do.”

The Fetzkos met in 2011 while working summer jobs at Glacier National Park in Montana. Eliska was a college student from Slovakia, and the two hit it off immediately. They got married in October of 2014 and moved to Slovakia to live with Eliska’s parents in Europe.

In August of 2019, Tim made the suggestion to start a bike trip across Europe, starting in Slovakia and heading towards central Europe.

“We left Slovakia and started biking towards Athens,” Eliska said. “After two weeks, we were having an awesome experience, we were able to see everything in ways that we might not have been able to, so we decided to continue our bike ride to Istanbul.”

When the Fetzkos reached Turkey, their goal was to head towards Asia. They had to return to Slovakia however, because of the shutdowns caused by the COVID-19 pandemic. When the restrictions were relaxed in Europe in the summer of 2020, they started back up again.

“In August we decided to start again going through the Alps towards Spain, and then into Morocco to see Africa,” Tim Fetzko said. “We made it out of the Alps toward France when everything started to lock down again. So, we changed our plans and came back to the United States, because we knew that it would be easier to travel inside the U.S.”

In October, the Fetzkos flew to Los Angeles, and began their cross-country United States bike ride. Their journey took them through the streets of Los Angeles, across the Mojave Desert, through snowstorms in the Rockies, across America’s heartland, up into the Ozark and Appalachian mountain ranges, and finally through the coastal flatlands of the Delmarva peninsula.

“Going across the whole country can be a grueling ride,” Tim said. “How fast we moved depended on the weather conditions and what way the wind was blowing. Going cross country, those conditions change very quickly.”

“We started in the Mojave Desert where it was 100 degrees, so we would be in shorts and tee shirts chugging Gatorade,” Eliska said. “We would then get caught in the middle of a snowstorm for three days in the Rocky Mountains. It was absolutely crazy.”

The Fetzkos spent most of their nights camping, and home cooked the majority of their meals, spending about $25 dollars a day for the two of them. Los Angeles was the only place where they were not able to camp because of the California wildfires. They find camping to be a better lifestyle on these biking trips than trying to find hotels.

“We enjoy camping,” Eliska said. “We always say that the less money you travel with, the more adventurous you are. If you bring a lot of money, you know you can do things like stay in a hotel. That takes the fun out of the whole trip.”

The Fetzkos finished their journey crossing the Mississippi River and finishing in Rehoboth Beach, Del. on Dec. 12. They have since returned to Tunkhannock for a little while, but their biking journeys are not finished.

“Right now because of the pandemic it’s hard to make any concrete plans of what we’re going to do,” Tim said. “We’re going to take a little break to process the (activities of the) last two years of our life and see our families. Africa and Asia are our next two goals when everything is safe.”

The Fetzkos have documented their trips for everyone to see on Instagram @bikesmecrazy.

“We believe that to see and to experience the world firsthand is a privilege,” Tim said. “Most people simply don’t have the time or resources to throw their lives into disarray, and it is an honor and a joy for us to give them a window into the traveler’s world.”