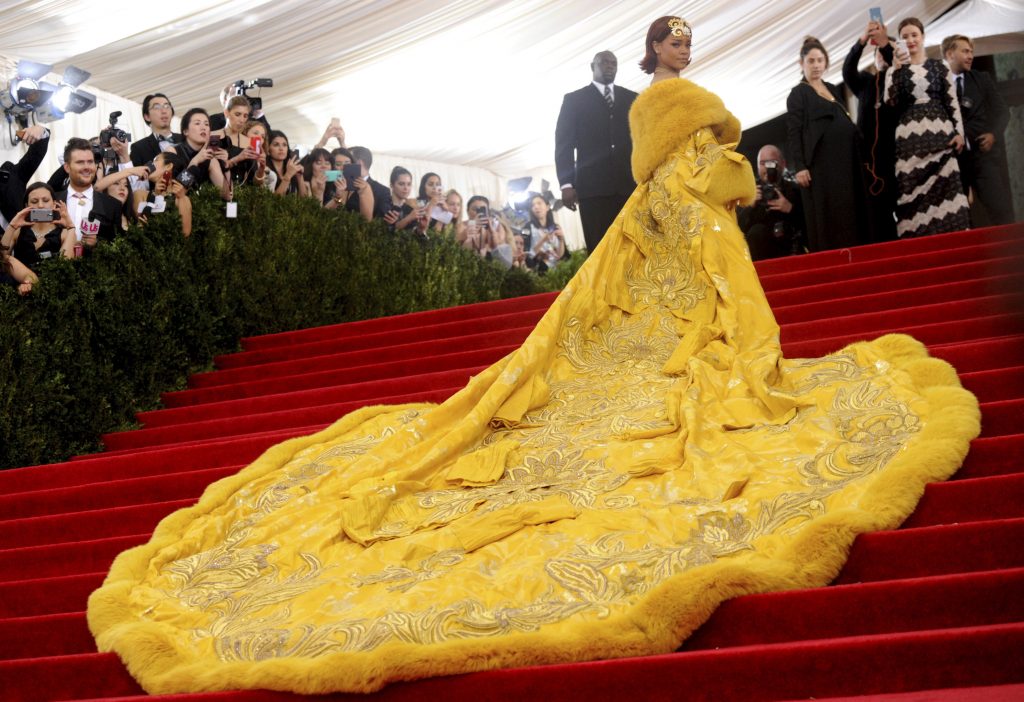 Closing decade was an ever-shifting parade of fashion 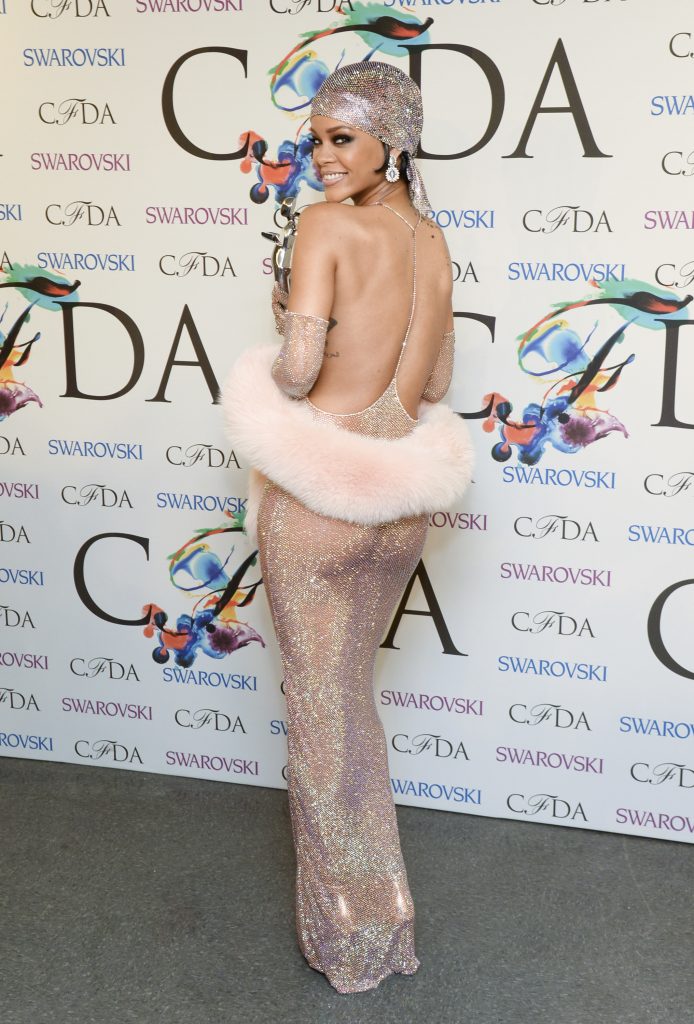 The closing decade was ever-shifting in fashion. The most special moments among fashion editors had Rihanna and Beyonce top of mind as trendsetters, along with the Duchess of Cambridge, the Duchess of Sussex, Meghan Markle, and former first lady Michelle Obama.

Rachel Torgerson, senior fashion editor at Cosmopolitan, said it might seem easy to overlook the decade of 2010 to 2020 fashion-wise. Lady Gaga’s raw meat dress in 2010 at the MTV Video Music Awards was a much talked about exception.

“More definitive moments came before — the grunge-y ’90s, the Paris Hilton-drenched early aughts,” Torgerson said. “But the truth is there were some majorly iconic sartorial instances that changed us forever during this time.”

“My jaw dropped to the floor when Rihanna sparkled onto the stage in an Adam Selman Swarovksi crystal ‘naked dress’ to receive her CFDA style icon award,” said Joyann King, executive editorial director of HarpersBazaar.com. “It was as beautiful as it was provocative and began a trend that continues to rule the red carpet and our social feeds.”

Laurel Pantin, fashion features director of InStyle, agreed: “I’ll never forget it. In my dreams, that’s what I look like and that’s what I’m wearing.”

The year was 2014. The following year, at the Met Gala, Beyonce donned Givenchy in another barely there look, a long sheer design that relied on coverage from strategically placed embroidery and a smattering of sparkles, said Andrea Lavinthal, style and beauty director for People.

“It was somehow even more naked than all the other naked dresses that night,” she said.

Duchess Kate wore the house of McQueen to marry Prince William in 2011, more than a year after Alexander McQueen’s death. The lace and ivory satin gown included a pinched-in bodice inspired by Victorian corsetry, a signature of McQueen, but it also evoked the wedding look of Grace Kelly. It was designed by his successor, Sarah Burton.

“Literally every bride wanted to look like her then, and many still do,” Torgerson said. “People are still requesting lookalikes.” 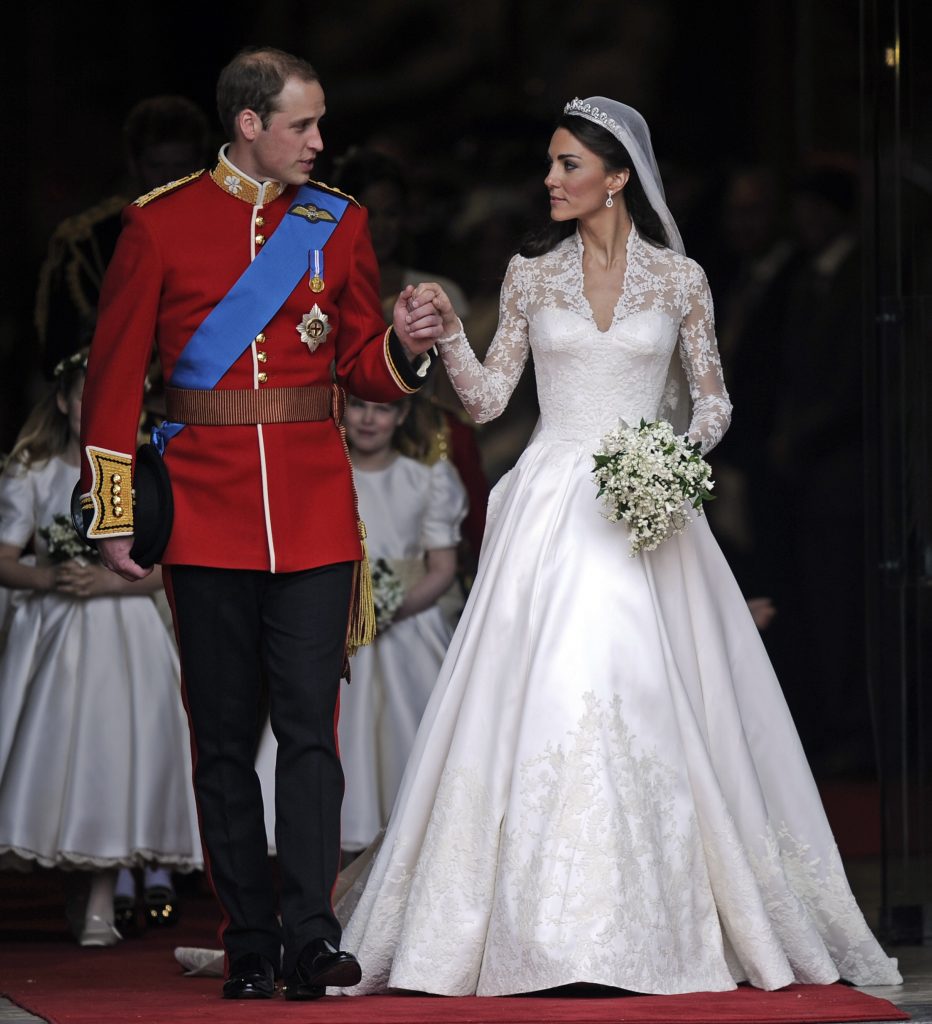 MARTIN MESSINER / ASSOCIATED PRESS FILE
Britain’s Prince William and his wife Kate, Duchess of Cambridge outside of Westminster Abbey after their Royal Wedding in London in April 2011

“In this decade, not only one but two of the U.K.’s spotlight princesses got married, which left the world pondering about who these women would choose to design their momentous wedding dresses,” said Shilpa Prabhakar Nadella, fashion market director for Glamour. “Both have become style icons in their own right.”

As style icons go, few had as much impact as Obama, who caused dresses and other attire to sell out simply by putting them on and was a big booster of both fashion and diverse designers. Her choices often made headlines.

Lindsay Peoples Wagner, editor in chief of Teen Vogue, noted a particular Obama moment, this one by designer Tracy Reese, a rare African American woman among top designers. It was the pink sleeveless dress with specks of gold brocade that Obama wore for her speech at the Democratic National Convention in 2012.

“It was a historic moment of two iconic women coming together,” Peoples Wagner said. “I can still remember how the dress shimmered as she walked on that stage.”

Like Obama, Beyonce served a heaping plate of style throughout the decade.

There was her larger-than-life black hat and layered necklaces of Swarovski crystals, leather and gems in “Formation,” from her groundbreaking “Lemonade” visual album. For her September 2018 Vogue cover, she was photographed by Tyler Mitchell in a huge floral headdress by Phil John Perry for Rebel Rebel. It was stunning and also historic: Mitchell became the first black photographer to shoot a cover for the magazine.

“The photos were so dynamic and powerful,” Peoples Wagner said.

Rihanna, too, has endured.

Her bright yellow cape gown by Chinese couturier Guo Pei won the 2015 Met Gala and launched a thousand omelete memes, Hyland said. Pei told Fashionista.com: “Only women who have the confidence of a queen could wear it.”

By the decade’s end, she would also become a powerful fashion and beauty mogul in her own right: Her Fenty Beauty line with its inclusive shades forced other brands to adapt a wider view, her Savage X Fenty lingerie line for all body types was cited as a reason for Victoria’s Secret’s drop in popularity, and she became the first black woman to helm a luxury line for LVMH with Fenty. 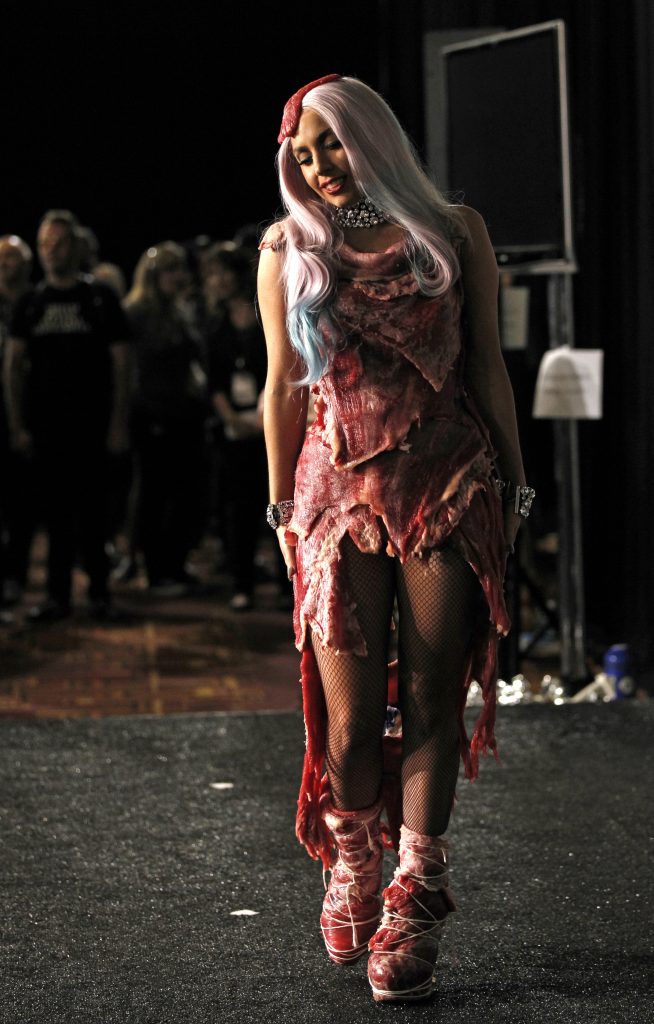 “Not only did he become one of the first black men to take over such a position in fashion, but the self-taught designer and multi-hyphenate represented a democratization of the industry and a breaking down of boundaries previously in the way for those considered far outside the lines of the traditional fashion industry insiders,” said Brooke Bobb, senior fashion news writer for Vogue.com.

Legendary designer Lagerfeld died in February, but his faux supermarket show for Chanel in 2014 lives on.

“Karl Lagerfeld, who once equated sweatpants with ‘giving up,’ cheekily nodded to the athleisure industrial complex with intentionally holey sweatsuits and dad sneakers,” said Veronique Hyland, fashion features director for Elle. “It came at a turning point in fashion, with the everyday becoming more aspirational and studied casualness becoming the order of the day, even for fashion week habitues. It was also prescient. These days, the Whole Foods aisle is our runway.”

Kerry Washington, buoyed by “Scandal,” and Porter, uplifted by “Pose,” helped define the decade as well.

“‘Scandal’ was pretty much everything after it debuted in 2012 and pretty much every adult woman wanted Olivia Pope’s polished, perfect style and crisp, white waterfall overcoat,” Torgerson said. “These are the facts!”

Porter has provided more than a few moments but it’s his showstopping black velvet tuxedo gown by Christian Siriano that achieved his goal in February at the Oscars: A conversation about gender, race and fashion. The top half was a classic men’s tuxedo jacket he wore with a bow tie and the bottom was a dramatic full skirt.

“Gender neutral fashion and inclusion emerged as a key shift in the way designers approached creative direction and their businesses,” King said. “Billy Porter’s tuxedo gown that went viral embodied this movement in the most glamorous way.”

Porter, the black and gay breakout star of the boundary-expanding FX series, spent the awards season using fashion as political art. There were previous dresses, and there was help from powerhouses Tom Ford and Michael Kors, along with smaller designers who embrace a greater gender fluidity in their collections and were thrilled to dress him.

“People are actually listening,” Porter told The Associated Press after the Oscars. “I hope it opens up a dialogue of healing. I will always continue to do me.”