Classic and modern cars will wind their way through and the Midvalley this weekend in a celebration of women’s suffrage.
2020 marks the 100th anniversary of the passage of the 19th Amendment, which gave women the constitutional right to vote, and while current conditions scuttled plans for a larger local celebration, organizers have found an alternative to draw attention to the milestone. On Saturday, June 20, a pre-arranged group of about 20 to 25 modern race cars and other vehicles will gather at the Greater Scranton YMCA, 706 N. Blakely St., Dunmore, for a parade around the county, and event planners encourage the public to line the route and show their support.

“We hope they will experience the value of suffrage and the right to vote for everybody, especially now when it’s so very important,” said Waverly Twp. resident Susan Belin, founder and chairwoman of Women’s Whistle Stop, the group organizing the event.

Women’s Whistle Stop had spent the last three years planning an event for June 20 that would coincide with the SHE Leads Road Rally, part of Vision 2020, a women’s equality initiative. The event was to feature a round-trip from Philadelphia to Seneca Falls, New York, where the first Women’s Rights Convention occurred. That trip would have stopped in Scranton for a celebration at Steamtown National Historic Site, but the coronavirus pandemic led to its cancellation.

“We had over 40 local nonprofits who partnered with us to do this, and it was really heartening to me to see how many people truly appreciate what the 19th Amendment has meant to women,” Belin said.

The SHE Leads Road Rally now will take place Oct. 16 and 17, and Women’s Whistle Stop hopes to hold a local event next year instead.

In the meantime, they’ll welcome SHE Leads’ Maureen McVail, who will bring some specialty cars to the parade. A drive-by celebration is a safer option at this time, Belin noted, and ties in to the original road rally theme.

“This is a much smaller version of that,” she said. 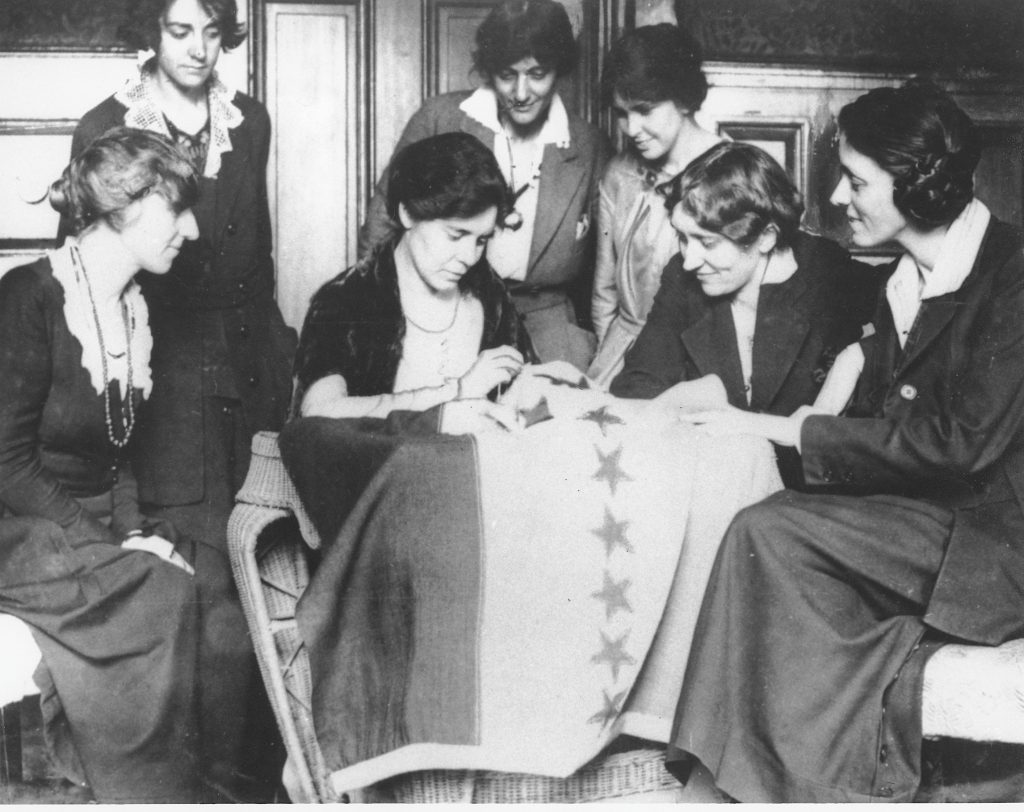 ASSOCIATED PRESS
Celebrating ratification of the women’s suffrage amendment, Alice Paul, seated second from left, sews the 36th star on a banner, in August of 1920. The banner flew in front of headquarters of the Women’s Party in Washington of which Miss Paul was national chairperson. The 36th star represented Tennessee, whose ratification completed the number of states needed to put the amendment in the Constitution.

After gathering at the YMCA around 2:30p.m. and departing around 3, the parade will travel through Dunmore and Scranton’s Ridge section before stopping at Scranton City Hall for a flag-raising ceremony with Mayor Paige Cognetti around 3:15 to 3:30p.m. Then, it will travel through Lackawanna County Courthouse Square and into West Scranton, then up North Main Avenue to Olyphant before taking Route 347 into Throop to the O’Neill Highway and back to the YMCA.

“We hope (people on the route will) bring signs and flags and cheer for suffrage for everybody, our privilege of voting and choosing our leaders, our privilege and responsibility,” Belin said.

“We found a group of women who really were excited about doing this to raise awareness about the importance of voting and suffrage for everybody,” she said. “This is women’s suffrage, which was key to changing American politics, and look at the strength of women. We need a lot more in local, state and national positions of elected power now. And the women’s vantage point on what is responsible legislation for our local, state and national (governments) is so important.”

The group plans to continue its work beyond the parade with a non-partisan “get out the vote” campaign ahead of November’s elections.

“(Voting has) always been important, but a lot of people feel now it’s even more so,” Belin said. 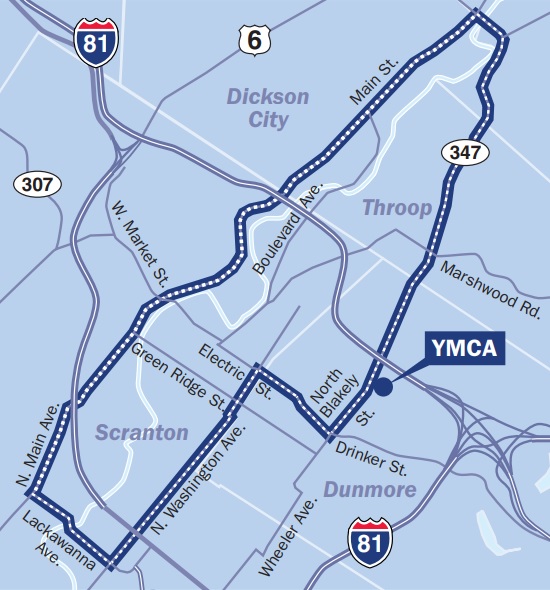