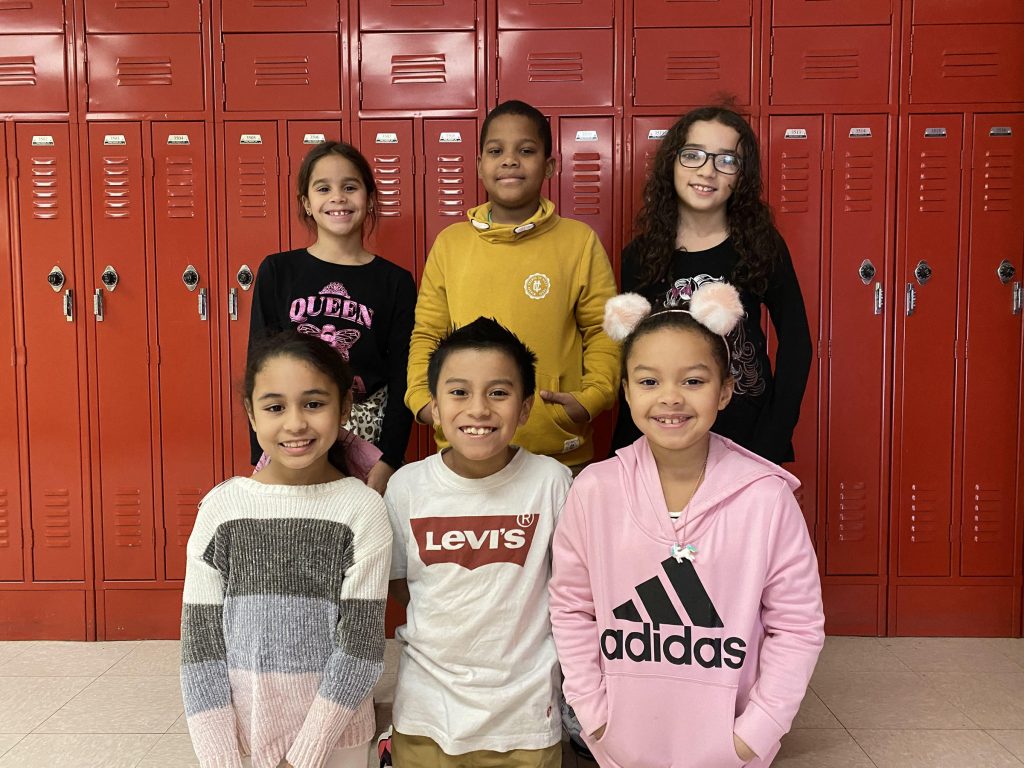 Women’s suffrage might not be easy to explain to second-graders, but when Brittany Roche asked, one of her art students at Heights-Terrace Elementary/Middle School knew the term.

Next, Roche told her students more about the 70-year effort to gain voting rights for women before they designed a painting that a National Historic Site will display starting Feb. 1.

Steamtown in Scranton will show student artwork about women’s suffrage and featured the painting by Roche’s students on a flyer for the exhibit, which runs through April 30.

After hearing about the exhibit, Roche hedged about whether to enter her students.

“I thought it was a tougher topic for the age group. I’m glad I did it. I thought they handled it really well,” she said.

At the center of their painting, the students inserted a slogan that suffragettes painted on signs for rallies or marches: “Votes for Women.”

Above the slogan the students added “100 Years of” because the exhibit celebrates a century since the 19th Amendment gave women the right to vote on Aug. 26, 1920.

Around their slogan, the students painted faces of some 20 women.

Two represent Elizabeth Cady Stanton and Lucretia Mott, organizers of a convention that kicked off the movement for women’s voting rights at Seneca Falls, New York, in 1848.

Students chose various hairstyles and skin tones for the other women they painted.

“All women are represented so we (used) faces,” Roche said. 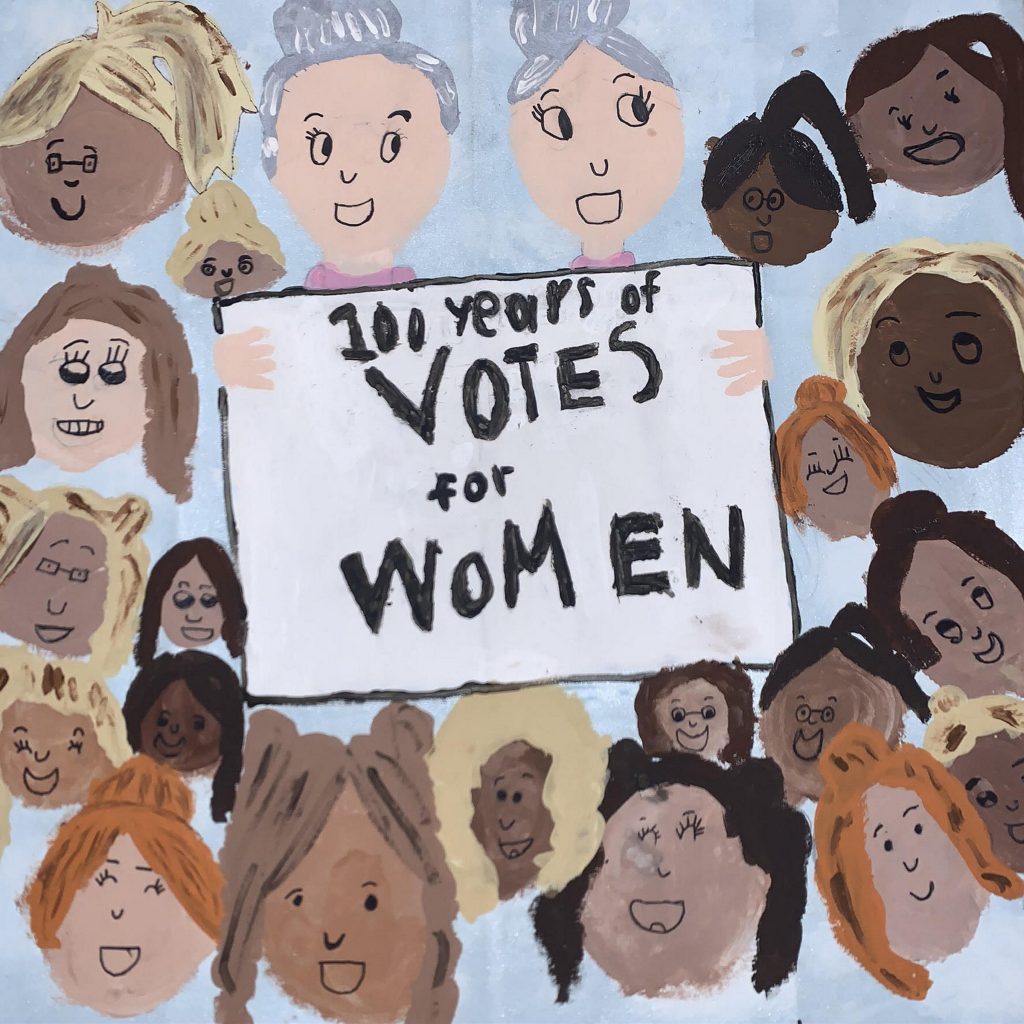 SUBMITTED PHOTOS A painting done by second grade students at Heights-Terrace Elementary/Middle School shows faces of women and a slogan for women’s suffrage.

Working on canvas, they sketched figures with pencil and filled in with tempera paints.

“Then they drew faces with markers,” Roche said.

“The boys,” Roche said, “couldn’t believe that men were allowed to vote and women weren’t.”

Campaigns for president of Sens. Elizabeth Warren and Amy Klobuchar, Rep. Tusli Gabbard and other women this election cycle are one result of the 19th Amendment.

In 1872, however, nearly a half century before women gained the right to vote, Victoria Woodhull ran for president for the Equal Rights Party, in part to empower the women’s suffrage movement.

Jeannette Rankin of Montana was elected to Congress in 1916, four years before women could vote for her.

Since Rankin, 365 other women have served in the House or Senate.

While the students worked on their project, one other piece of legislation from the women’s movement hit a milestone.

Virginia ratified the Equal Rights Amendment, which now has the votes of 38 states necessary for approval. When the amendment was proposed in 1972, Congress set 1982 as the deadline for ratifying it. Five states have since revoked ratification votes.

Whether the ERA will become part of the Constitution remains cloudy.