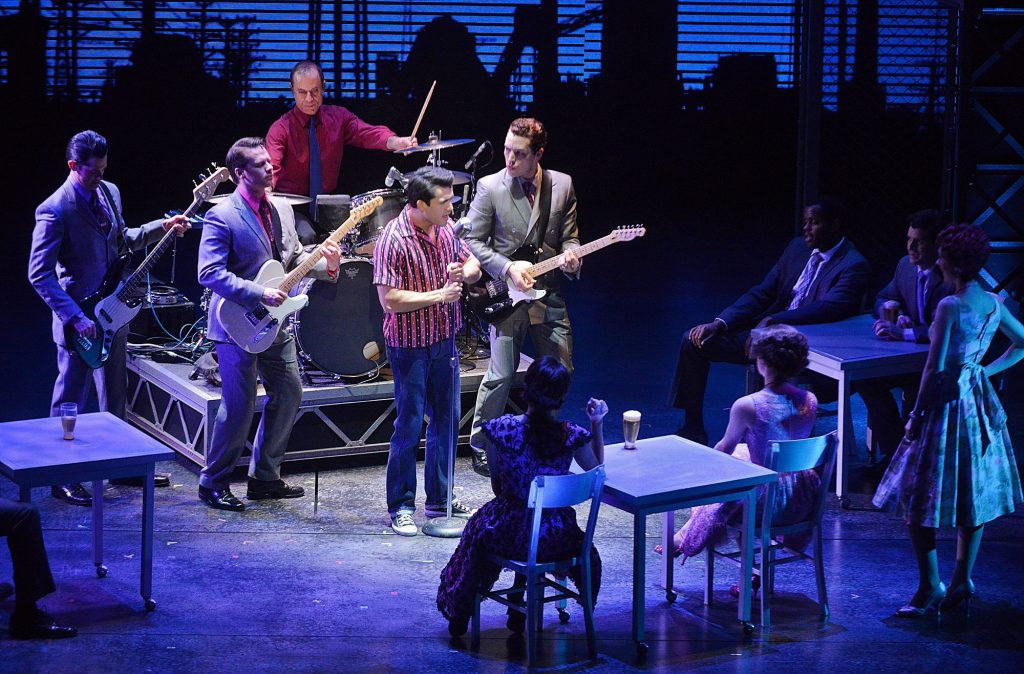 The people behind Broadway Theatre League of Northeastern Pennsylvania know that not many groups stick around for 60 years. But BTL has, and it intends to build on that longtime success with more community involvement as it heads into the future.

The nonprofit theatrical organization, which marks its 60th season this year, formed in 1960 as the Broadway Theatre League of Scranton, a branch of the Broadway Theater Alliance, and found success early on. Under the leadership of then-President Benno Levy, BTL lined up four stage shows for its first season but received so many season ticket applications that it had to add a second performance of each show to its schedule, according to Times-Shamrock archives.

These days, BTL typically brings in the national tours of five Broadway-style shows each season — usually with four performances of each — along with occasional special productions, all at its longtime home in Scranton Cultural Center at The Masonic Temple.

Year after year, people can count on catching quality theater thanks to BTL, said Laurie Cadden, a former BTL executive director who now does development work for the group. BTL relies on the public year after year “to make this happen,” she said, and for decades it has continued to nurture and fund those programs.

“The community, I believe, has realized the value and the quality of the plays that come to Scranton … and the community steps up, whether it’s from ticket sales, (or) whether it’s showing up and helping us in a volunteer capacity, or whether it’s at sponsorship level,” Cadden said, adding, “People just believe in it here, and I think it goes to the people in our region who understand quality entertainment.”

Frank Blasi, BTL’s current executive director, sees the group as “a three-headed monster” that not only brings “top-quality Broadway shows” to the region but also educates the community and benefits it economically. Casts stay at local hotels and eat at nearby restaurants, and patrons park and often dine downtown when they come to a show.

Coming to a BTL show has other benefits for local patrons, noted Tony Nicosia, a former BTL executive director.

“(BTL) allows our community and citizens to be able to enjoy the best that Broadway offers at reasonable prices without the burden, both physical and financial, of going into New York with all the extra costs that it takes,” he said. 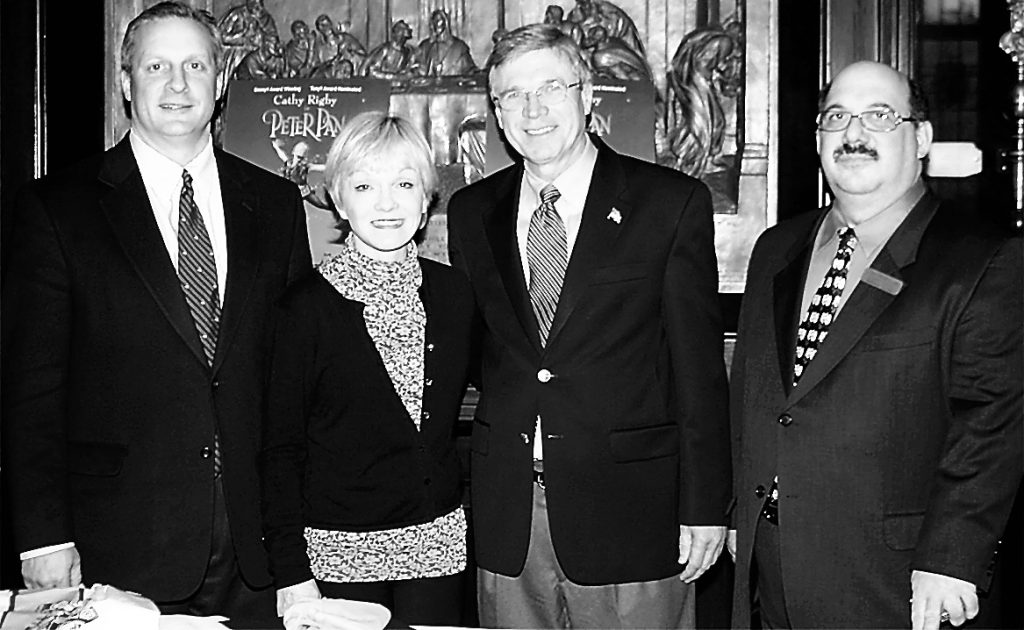 BTL built its success on a strong foundation: the comedic musical “Once Upon a Mattress,” starring Imogene Coca and King Donovan, kicked off the league’s first season on Nov. 1 and 2, 1960, at the Masonic Temple. Three other shows followed that first year, and proceeds were to go to the Lackawanna United Fund, according to Times-Shamrock archives.

“Nowadays, stars are barely willing to take on a Broadway show … or on a national tour,” he added. “It was more of an acceptable thing in the industry, like stars went on the road. (Today) stars require much more money, and sometimes on the road, you don’t make the Broadway ticket price.”

Today’s shows feature many young stars just out of drama school in nonunion shows, but big names still dot the schedule from time to time. Mandy Patinkin and Patti LuPone brought their showcase to Scranton in 2014, while Sally Struthers took top billing in “Hello, Dolly” the year before.

“There’s a big debate about the union vs. nonunion (casts), but … in my 13 years, I have never had a show in the BTL season that was not equal to or (as) top quality as good as union shows,” Nicosia said.

BTL, which changed its name to Broadway Theatre League of Northeastern Pennsylvania in July 1969 as it continued to grow, brushed against some union controversy in February 2001, when it brought in a production of “The Sound of Music” starring “Brady Bunch” actor Barry Williams. He had recently been fined by Actors Equity union for starring in the nonunion national touring production (he had reportedly resigned from AE to take the role).

That wasn’t the only trying time for BTL. In February 1994, it sought to recoup $138,000 that Scranton’s Globe Store had collected from BTL’s season subscribers for tickets before the department store closed. The league needed the money to continue its season the following month.

The show has continued to go on for BTL, however, as it not only continues to present theater but also recently started holding special educational events in conjunction with its shows. That effort has grown this year, as Catherine Richmond-Cullen has come aboard as BTL’s educational consultant and BTL has partnered with other local arts groups.

Northeastern Educational Intermediate Unit and BTL will offer a new program, “Enhancing Educator Creativity: The Key to Student Success,” through which teachers can earn six Act 48 continuing education credit hours per course. Each includes an educational session, roundtable discussion and lunch at POSH at the Scranton Club followed by a BTL show and talk-back with the cast.

Students in grades five through 12, meanwhile, can join the Broadway Boot Camp, in which former NEPA residents now working in the entertainment industry teach master classes in theater, music and dance at Ballet Theatre of Scranton and Friedman Jewish Community Center in Kingston. (The registration deadline has passed.)

“All of these people are multi-talented, and we’re delighted they agreed to come home and work” with the students, Cullen said.

Lastly, BTL and several partners, with the help of a grant, will offer a weekly senior citizens program running next month through May at the Jewish Home of Eastern Pennsylvania in Scranton. Participants get a free lunch, free transportation, tickets to all of BTL’s shows this season and a Ballet Theatre show, and access to special events at Scranton’s Everhart Museum. Seniors interested in participating can contact the Lackawanna County Area Agency on Aging at 570-963-6740, Cullen said. 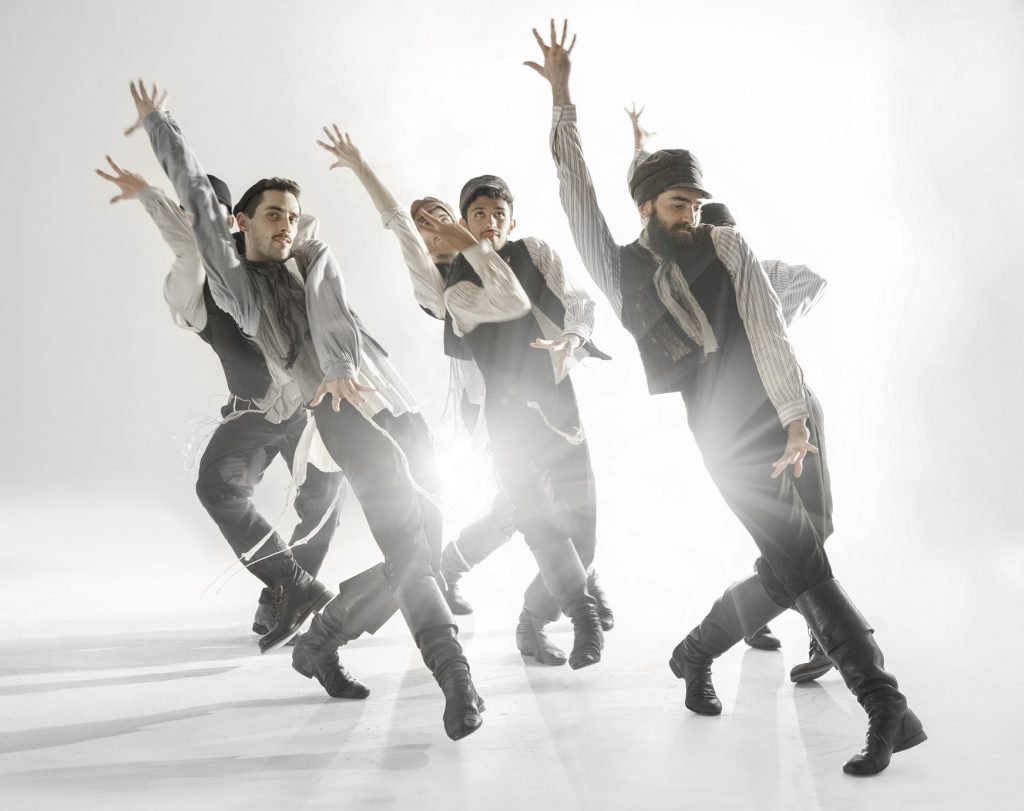 SUBMITTED PHOTO
BTL will present the tour of “Fiddler on the Roof” this season.

As they look ahead to this milestone season, BTL veterans recall its past successes, such “Les Miserables” with its turntable set; the first time Broadway hits “Mamma Mia!,” “The Producers” and “Book of Mormon” came; and “Riverdance,” for which it had to extend the stage into the auditorium. And then there was “Jersey Boys,” which had a two-week run in Scranton in 2014 and likely is BTL’s all-time No. 1 show, Blasi said.

“No one believed that Scranton could be a two-week market,” he recalled.

While the league does not yet have any major anniversary events planned for its 60th year, Blasi said it could celebrate at its annual gala dinner. And on stage, BTL again welcomes shows fresh off Broadway, something it can do in part thanks to its longtime partnership with NAC Entertainment of Binghamton, which oversees shows in several similarly sized markets, including Syracuse and Erie.

“(NAC has) helped us stay alive because they have the buying power, so to speak, to get larger shows to come to Scranton because they’re not only offering them a weekend in Scranton but they’re also offering them … eight places to run the show as opposed to us buying one,” Blasi said.

BTL kicks off the year with “The Office: A Musical Parody,” a comedic take on the Scranton-set TV series that will play at the cultural center on Thursday, Sept. 26, and Friday, Sept. 27. Rounding out the season are “A Bronx Tale,” Oct. 25 to 27; Mannheim Steamroller Christmas, Dec. 3; “The Play That Goes Wrong,” from Feb. 14 to 16; “Buddy – The Buddy Holly Story,” March 20 to 22; “Fiddler on the Roof,” April 24 to 26; and “An American in Paris,” May 29 to 31, all at the cultural center. “An Intimate Evening with Sophia Loren” was to come in November, but Blasi said a scheduling issue led to its cancellation.

While it still must encourage people to invest in season tickets — the toughest challenge for a subscription house like BTL, Nicosia noted — the league has established itself as a cornerstone of NEPA’s arts community.

“It’s an unbelievable opportunity for us,” Cadden said, “and we should just be proud that we here in our own hometown have such a phenomenal organization to bring us quality entertainment.”

Outside of the regular season, the league also will present a few special programs (season ticket-holders receive early access to tickets):