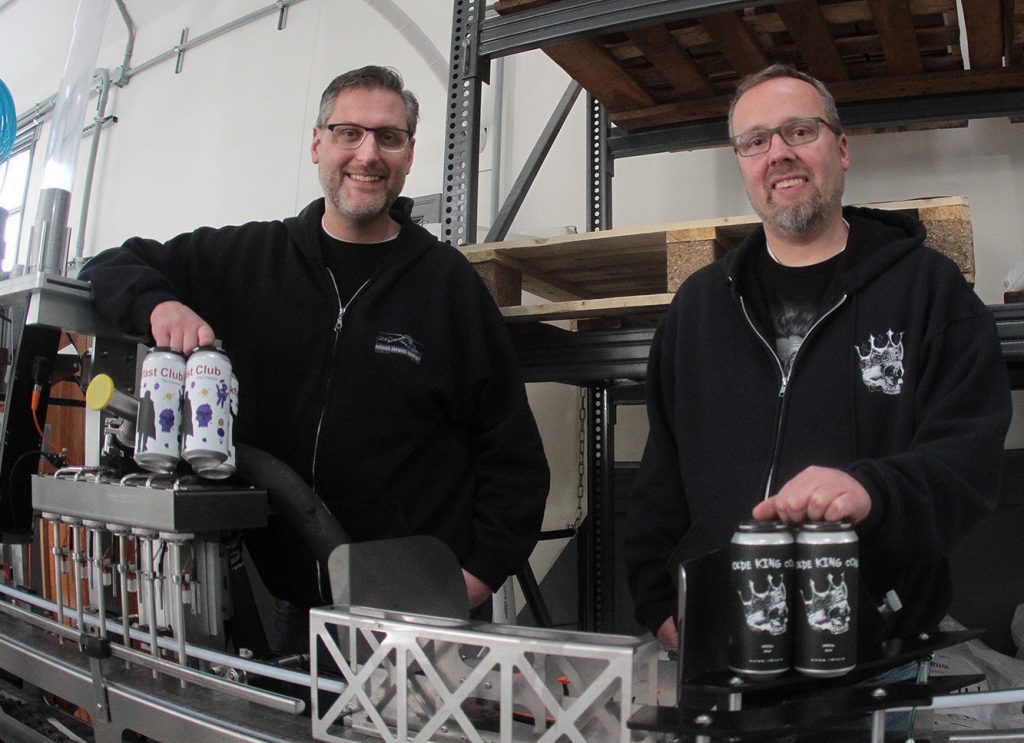 The new Breaker Brewing Outpost will feature the craft beers that make the Wilkes-Barre Twp. location a hit. Upscale and bar foods, as well.

Miller said they do not yet have a date set when they will open but he hopes it will be “as soon as possible.”

After hearing Lackawanna County customers say they would visit more often if their business was closer, Miller and Lehman started looking for a location there about a year ago.

During their search, Miller said Wildcats became available. It recently shut down after being in business for two decades, according to a post on the business’s Facebook page. They recently closed on the sale. Miller declined to say the purchase price.

He and Lehman opened Breaker Brewing in a former Sunday school on St. Joseph’s Church’s 2.5-acre property at 783 E. Northampton St. in Wilkes-Barre Twp. in 2013.

The longtime friends previously brewed beer as a hobby in Miller’s garage. They opened Breaker Brewing Co. after they decided to take their interest and appreciation for craft beer to the next level.

They initially opened to the public with just a tap and tasting room where people could sample and purchase beer but they have continued to expand.

In 2014, they opened a brew pub. They formerly worked as engineers for Frontier Communications but quit their day jobs that same year to continue their dream of making beer.

They later added a canning line as well as a new 10-barrel brewing system to complement their five-barrel system.

They typically release new IPAs every week and Miller said whatever beer they brew in Wilkes-Barre Twp., they will bring to Archbald.

Whenever they have a new release, they promote it on Facebook and people line up at Breaker Brewing Co.

Unlike their project in Wilkes-Barre Twp. which they built from the “ground up,” Lehman said the Archbald location just needs some “general cleanup and painting work.”

They plan to use the kitchen at the Archbald location and while they haven’t decided on a menu yet, he said they plan to serve more “upscale” dishes than typical bar food.

“We just want to get it open as soon as possible,” Miller said. “A lot of people are waiting.”