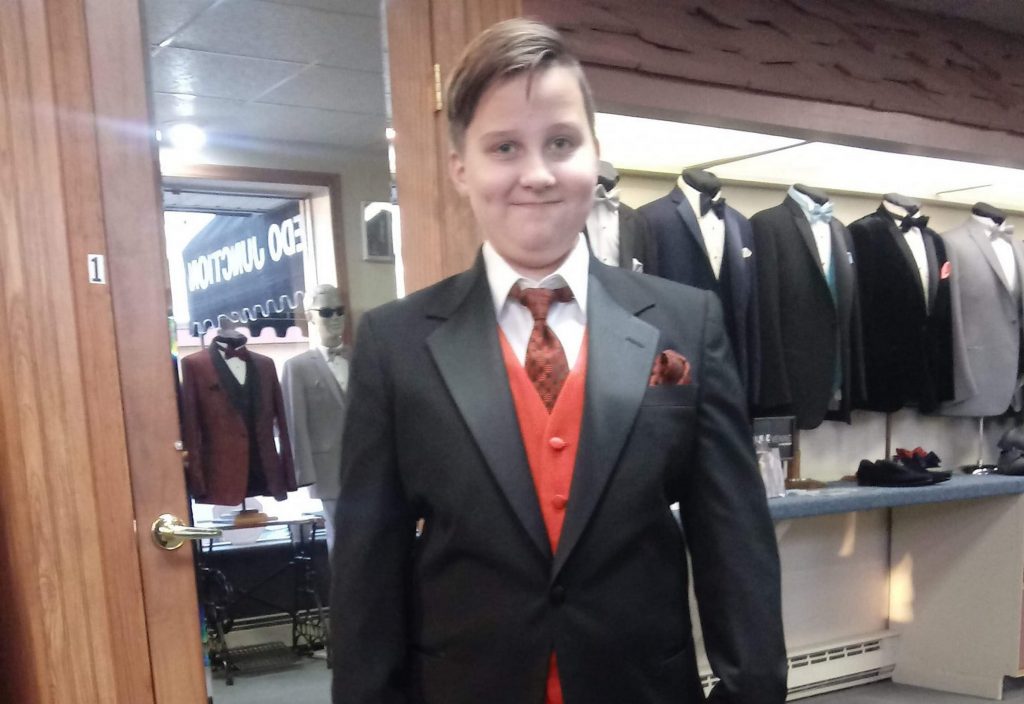 The red carpet is being rolled out for the 11th birthday party of a Plymouth boy who helped buy his neighborhood fire station the Jaws of Life vehicle extraction tool.

There might not actually be a red carpet involved, but Brian Lyons, who gained the nickname “junior fire chief” of Plymouth, will be dressed in a tuxedo donated by Tuxedo Junction and escorted to the party in a limousine donated by Luxury Limousine.

First responders from throughout the area are expected to greet Brian upon his arrival at Skateaway in Wilkes-Barre Twp. More than 10 billboards around Northeast Pennsylvania have also been donated by Lamar Advertising to promote the Dec. 10 event, which runs 6 p.m. to 9 p.m. and is open to the public.

D.J. Donnie Evans helped organize the event, which costs $5 for admission and $2 for skate rental. Emergency responders get in free.

“He did a lot for the community, so I thought, ‘What could we do for him?’” Evans said. “I contacted a couple people and they said, ‘Don, whatever you need.’”

Brian gained notoriety over the summer by raising nearly $10,000 to buy the Jaws of Life for the Elm Hill Hose Co. No. 3 in Plymouth. He raised most of the money by selling lemonade.

Brenda Pugh, of AMP Global Strategies, a communications and consulting firm in Dallas, is sponsoring Brian’s birthday cake, which will be in the shape of a fire house.

Brian’s mother Linda Uren said she was surprised with how big of a spectacle the birthday has become ever since Evans reached out to her on Facebook to see if he could do something for Brian.

“I never in a million years thought it would be a huge birthday party for him. I asked him why he would want to do that for Brian and he said he wanted to give back to Brian because he has been following many of the things Brian has been doing,” Uren said. “I just never thought it would be all of this. I am overwhelmed with the amount of tremendous support from D.J. Donnie Evans and for all of the sponsors that he had pulled together to do this for Brian.”