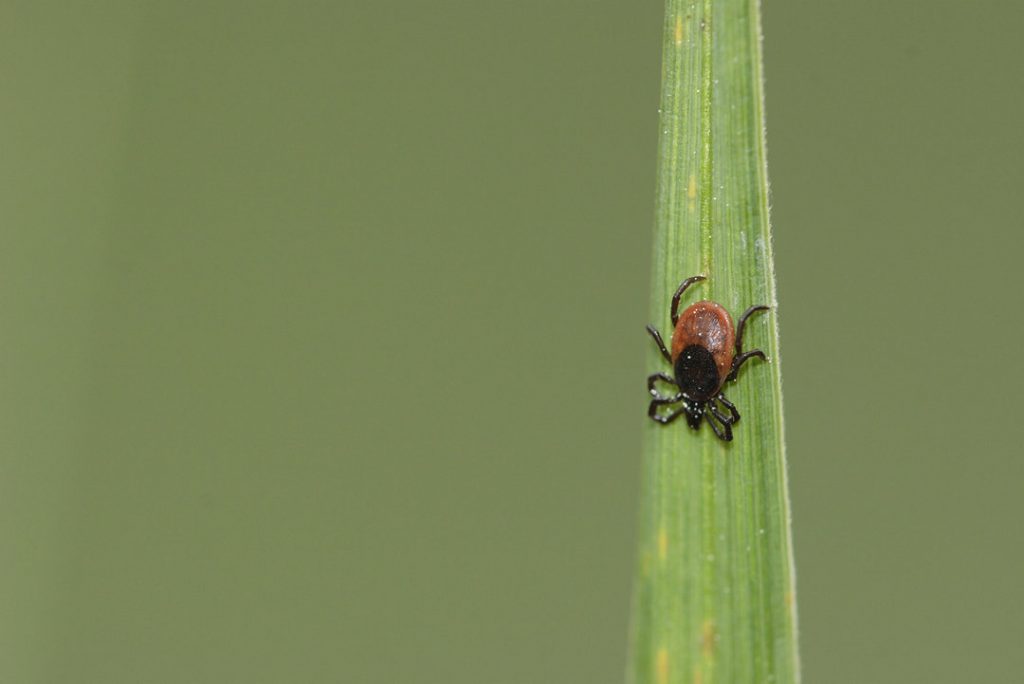 For those who will begin their outdoors adventures by enjoying the unofficial kickoff of the summer season over Memorial Day Weekend camping and having backyard picnics, heed the advice of spring gobbler hunters who have spent the last three weeks in the woods.

Believe it, there’s a jungle out there, and the most fearsome critter is neither a roaming black bear nor a rambunctious buck. In fact, there is a good chance this critter will never be seen until it begins the painful process of burrowing under one’s skin.

Even more than spiders and snakes, the black-legged tick, often called the deer tick, is the primary carrier of Lyme disease in the Eastern and Midwestern United States. Other tick species and biting insects such as mosquitoes, deer flies and horse flies can also carry the bacteria, but it is still unclear how well they can transmit the bacteria to new hosts.

A tick’s life cycle plays an important role in the transmission of this disease, and black-legged ticks are known as “three-host” ticks because they feed on blood from three different vertebrate hosts at each of the three different stages in their lives. When the larvae hatch in the spring, they do not carry the B.burgdorferi bacteria, then during the summer, the larvae feed on the blood of mice, squirrels, raccoons, rabbits and other small vertebrates and the larvae mature into nymphs in the fall and hibernate over the winter.

Larval and nymphal ticks can become carriers of the Lyme bacteria by feeding on wildlife reservoir hosts. White-footed mice and Eastern chipmunks are the most important reservoirs for B.burgdorferi in the Eastern and Midwestern United States.

If they acquired the bacteria as larvae, the nymphs can transmit the bacteria to new vertebrate hosts when they feed the following spring or summer. If not, they can acquire the bacteria as nymphs and infect other species in the fall of that year, with bacteria typically transmitted to humans by nymphs.

In the fall, the nymphs develop into adults that feed on their third and final host. Adults previously infected as larvae or nymphs can also transmit the bacteria to new hosts, including humans and domestic animals.

Adult female black-legged ticks feed preferentially on deer to get energy to lay eggs, but deer do not act as reservoirs for the Lyme bacteria. Females lay eggs the following spring, then both male and female adults die, and the cycle continues.

No one should be discouraged from enjoying the outdoors because of the potential of Lyme disease, but precaution is recommended. For turkey hunters that can mean wearing camouflage that is treated to repel ticks, or at the very least using an anti-tick spray repellent — which should suffice for outdoors activities.

Lyme disease is serious business, and the reported cases are increasing at an alarming rate, up from 4,000 in 1994 to more than 30,000 a year in 48 states for the last five years. Good information is the best protection from this disease, so it is worthwhile to take another close look at the prevention, the symptoms and the treatments of the fastest-growing vector-borne disease in the United States.

Six ounces of prevention: Try to make your skin unavailable and/or unappealing to the blood-sucking pests. The most effective piece of anti-tick gear available is a 6-ounce spray can of pyrethrum-based repellant, as it not only repels, but it also kills whatever crawls on it. For hunting, treat several shirts and several pairs of pants at the beginning of the season so there is a fresh change of clothes when needed.

How to remove ticks: Do not squeeze, twist or burn a tick, or put any substance on it. Grasp it with pointed tweezers at the “head” end as close to your skin as possible and pull straight out, then apply antiseptic to the site. Early detection and removal is critical because the longer a tick stays attached to the skin the greater the chance of disease transmission. The species of ticks are too numerous to keep track of and identify as potential disease carriers, so consider any tick that bites as a potential carrier. Highly recommended is the product “Rid-A-Tick,” which contains six removal tabs.

Treatment: Humans and domestic animals can be treated successfully with antibiotics, especially when the infection is addressed early. Wildlife species do not develop Lyme disease, so treatment is not considered, but keep alert for any symptoms.