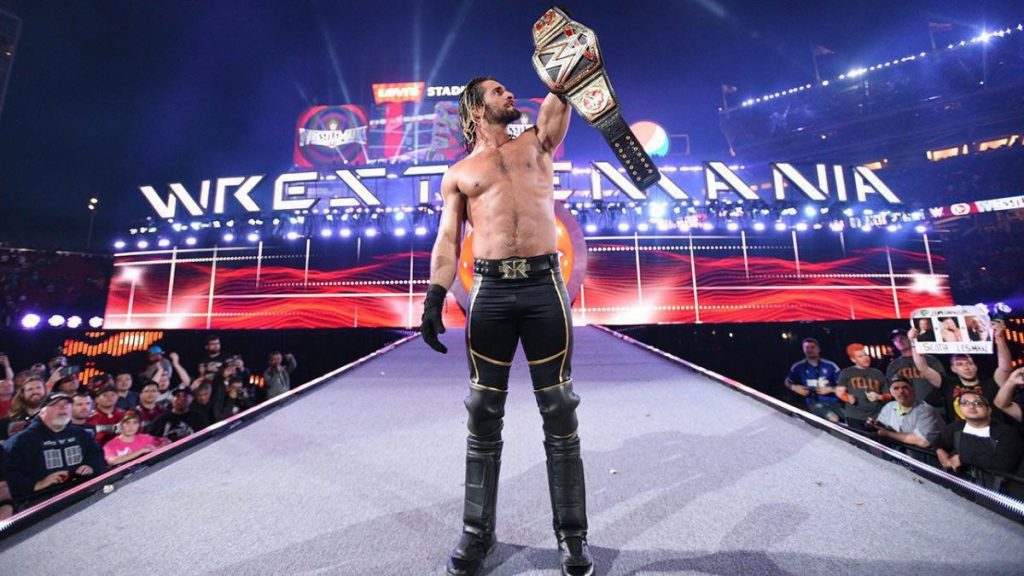 Look back at top WrestleMania moments ahead of historic night

World Wrestling Entertainment is about to make history.

The sports entertainment company that hosts WrestleMania, the biggest event of the year in the professional wrestling world, isn’t a stranger to record-breaking or shocking moments. This year, for the first time, WrestleMania will be streamed over two nights and performed without a live crowd because of the concerns of COVID-19.

While audiences can stream WrestleMania 36 on Saturday, April 4, and Sunday, April 5, starting at 7 p.m. on the WWE Network, the Superstars will mostly compete inside the empty arena at WWE Performance Center in Orlando, Florida. Fans can subscribe to the network and get their first month free at wwe.com/wwenetwork. (After that time, a subscription costs $9.99 per month.) There, fans can watch WWE’s entire catalogue of shows, original content and special events.

Before this unprecedented event takes place this weekend, we put together our picks for the best moments in WrestleMania history.

Hulk Hogan vs. André the Giant 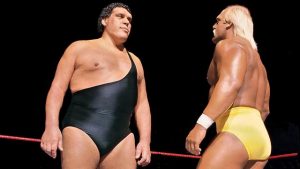 One of the most well-known WrestleMania moments ever took place when the “Irresistible Force,” Hulk Hogan, met the “Immovable Object,” the 7-foot-4-inch André the Giant. After a tense competition and multiple attempts, Hogan “hulked up” and was finally able to pick up and slam André, cementing the Hulk Hogan mythos in history. 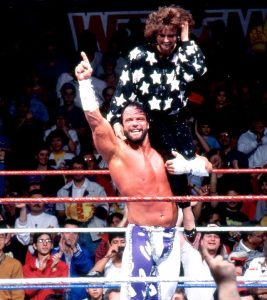 After weeks of buildup, Macho Man Randy Savage put his career on the line against the Ultimate Warrior and lost, causing Sherri, his new valet, to attack him in the ring. Then, Savage’s longtime love interest, Miss Elizabeth, came from the crowd to beat up Sherri and save him, resulting in the iconic picture of Elizabeth on Savage’s shoulders to a stadium full of misty-eyed fans. 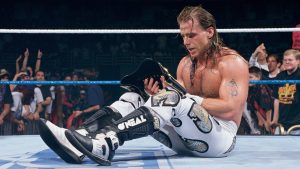 Today, the storyline of wrestlers who love wrestling is common, but legendary competitor Shawn Michaels was the first to chase what was called his “boyhood dream.” Michaels outlasted everyone in the ’96 Royal Rumble in order to secure the WrestleMania title match. In an Iron Man match (a timed match where the competitor with the most falls wins) against Bret Hart, Michaels won his first title. 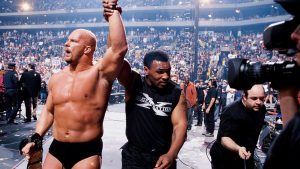 Behind the scenes, WWE as a company was almost bankrupt and needed a strong competitor who could bridge the gap between wrestling fans and mainstream entertainment. Enter Stone Cold Steve Austin. The WrestleMania 14 title between Austin and Michaels — with former pro boxer Mike Tyson as guest referee — came along and saved the company from financial ruin. Austin winning that title proved to be exactly what was needed to not only save the WWE but also crown Austin as the main-eventer he was.

The Rock vs. Hulk Hogan 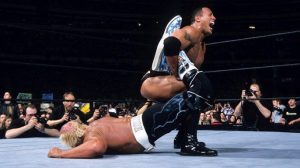 Never before was there a star to transcend wrestling and move into pop culture like Hogan — until Dwayne “The Rock” Johnson came along. Hogan and the Rock faced off in a proverbial passing of the torch at WrestleMania 18. The moment also became a hallmark in how wrestlers would call audibles (on-the-spot changes during a match because of injury or, in this case, the crowd’s energy). Though Hogan was the heel, aka “bad guy,” and Rock was the babyface (“good guy”), the crowd loved the Hulkster so much that the two switched during the match. With Hogan as babyface and Rock as heel, Rock pinned Hogan to win in front of one of the most electrifying crowds in WWE history. 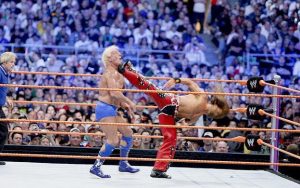 Ric Flair’s announced Hall of Fame induction meant he would be retiring. No one knew, however, that the person to put him down would be Michaels, who had modeled his career after his idol, Flair. Flair and Michaels delivered one last spectacular performance together, as Flair clung to his defiant nature. In the match’s final moments, Flair, exhausted and pulling himself up with tears in his eyes, raised his fists before Michaels, also teary-eyed, mouthed to him, “I’m sorry. I love you.” Then, Michaels delivered his idol a Sweet Chin Music — a superkick to the chin — to end the illustrious career of the Nature Boy.

The Undertaker vs. Brock Lesnar 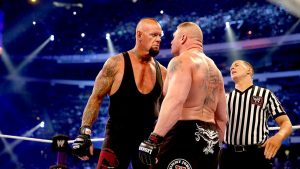 Legendary figure the Undertaker had never lost a WrestleMania match, entering WrestleMania 30 with a 21-0 streak. The crowd inside the Mercedes Benz Superdome in New Orleans, Louisiana, was shocked when Brock Lesnar pinned Undertaker, ending the streak. A stunned audience watched as Undertaker gathered himself up and slowly walked up the ramp, followed by a standing ovation from the announcers as well as tears and “thank you” chants from the crowd. 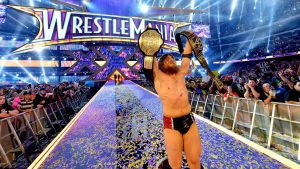 In an industry of monster-sized athletes, Daniel Bryan (who stands 5-feet-10-inches tall) was told for years that he was a “B-plus player” and “too small” to be a wrestling star. Underdog Bryan organically got the WWE universe behind him and managed to beat Triple H earlier in the night. Later on, Bryan went on to face and defeat both Randy Orton and Batista. This ended the event with Bryan holding both WWE titles, which, 30 years earlier, wouldn’t be the case for someone his size. 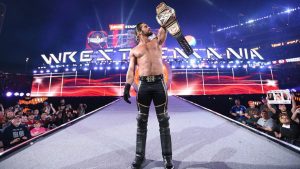 After losing earlier in the night to Randy Orton, Seth Rollins was still in possession of his “Money in the Bank” briefcase, which grants the holder a contract for a title match to cash in at any place, any time. During that night’s main event title match between Brock Lesnar and Roman Reigns, Rollins delivered the cash-in, running to the ring with his briefcase just as Reigns and Lesnar were physically and mentally at their breaking points. Now a Triple Threat match, Rollins seized the opportunity to pin Reigns, his longtime friend, for Rollins’ first WWE title. This moment was made sweeter by the “Thank you so much,” Rollins can be heard saying to Reigns during the pin, as insider gossip pointed to Reigns as the original winner. 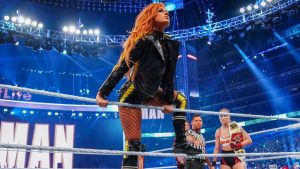 As the Women’s Revolution began in 2015, 30-second matches and “bra-and-panty” competitions were gone, and these “Divas” became “Superstars,” just like their male counterparts. History was made during WrestleMania 35 when, for the first time in the company’s history, a women’s match headlined the year’s biggest show. Three of WWE’s strongest athletes, Charlotte Flair (daughter of Ric), Ronda Rousey and Becky Lynch competed in a triple-threat match that saw Lynch emerge victorious, winning both women’s title belts in front of a deafening crowd.