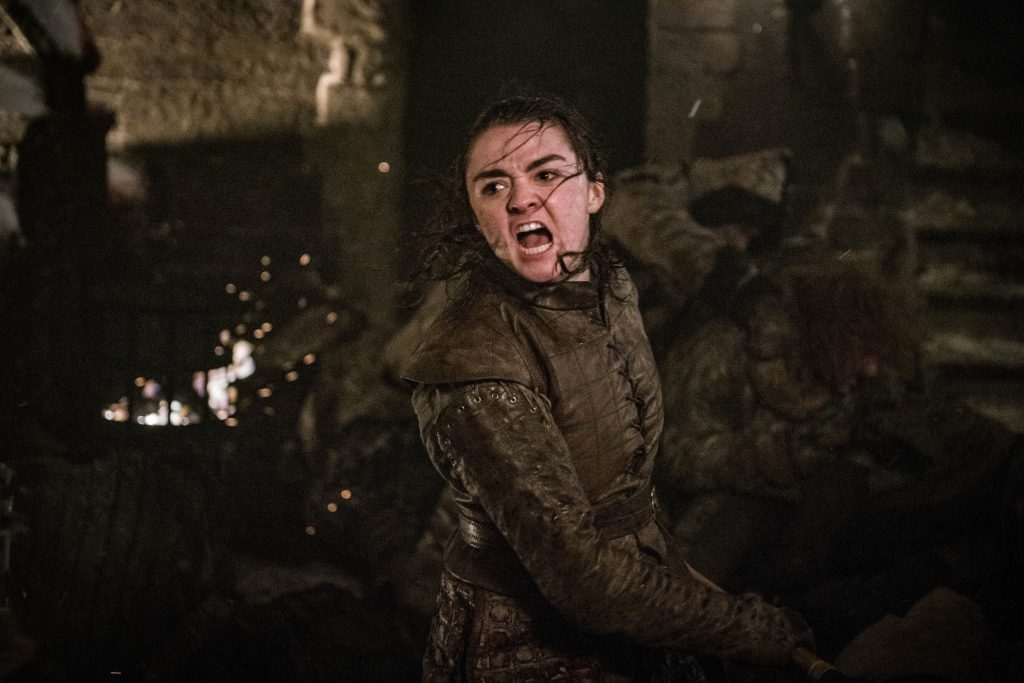 Many have noticed how fragmented our TV viewing is, with multiple competing streaming services and dozens of channels pulling us in different directions. But the year also saw some jaw-dropping moments that found huge audiences, whether it was a royal interview or a viral alien. The Associated Press has put together a list of the best TV moments in 2019.

All hail a true warrior

It was neither Jon Snow nor Daenerys who won the climactic Battle of Winterfell on “Game of Thrones.” It was Arya Stark, who bravely launched herself at The Night King and stabbed the White Walker leader, ending his reign of terror and turning the Army of the Dead into frozen dust. She had been through a lot: Family slaughtered, blindness, surviving an assassin’s guild. The last we see of her, she’s sailing west of Westeros, to a land which has never been documented on the maps. She earned herself a grand adventure. 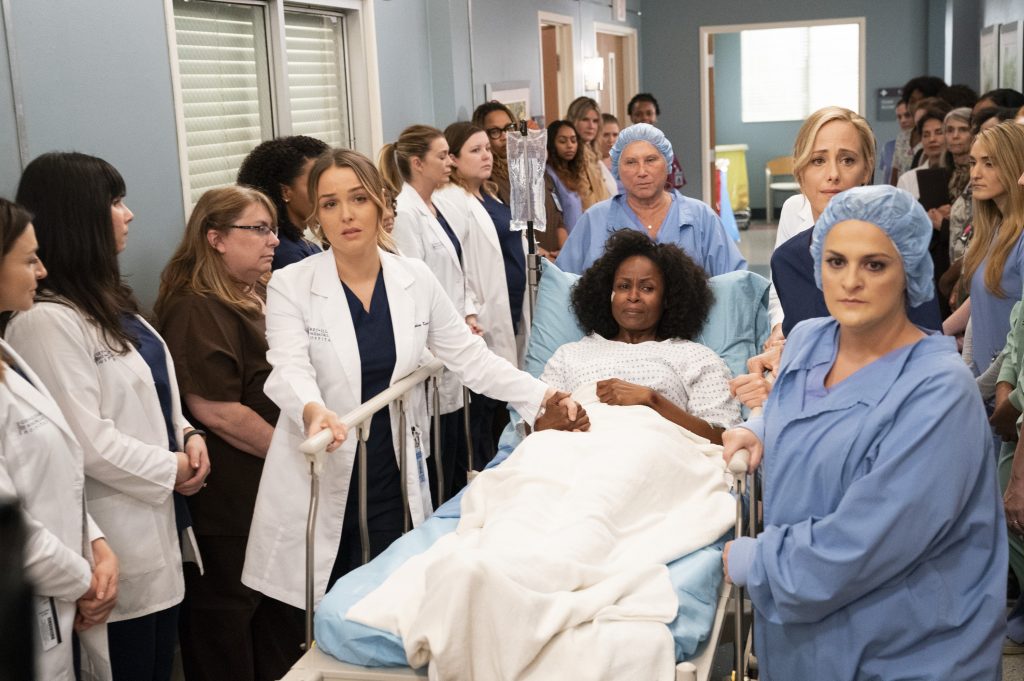 MITCH HAASETH / ABC VIA ASSOCIATED PRESS
In a scene from the episode “Silent All These Years,” female doctors and nurses of Grey Sloan Memorial Hospital line a hallway to both protect and support a rape victim, who had said every man she saw reminded her of her rapist. After it aired, it led to a 43% increase in calls to the National Sexual Assault Hotline.

‘Silent all these years’

In March, “Grey’s Anatomy” offered one of its most moving episodes. The female doctors and nurses of Grey Sloan Memorial Hospital lined a hallway to both protect and support a rape victim, who had said every man she saw reminded her of her rapist. The episode is named after the Tori Amos song about a sexual assault and was inspired, in part, by Christine Blasey Ford’s testimony at the Brett Kavanaugh hearings. It was written by a woman, Elisabeth Finch, and directed by a woman, Debbie Allen. After it aired, it led to a 43% increase in calls to the National Sexual Assault Hotline.

Is this love that I’m feeling?

Lady Gaga and Bradley Cooper seemed to have a kind of chemistry that was almost combustible when they performed their song “Shallow” at the Oscars in February. They sang to each other, they smoldered, they snuggled on the piano bench. So intense was their onstage bond that speculation went wild about whether they shared a real-life romance, too. When both soon split from their respective long-term partners, the gossip went even wilder. But Gaga told Oprah Winfrey it was all an act: “We mapped the whole thing out — it was orchestrated as a performance.” 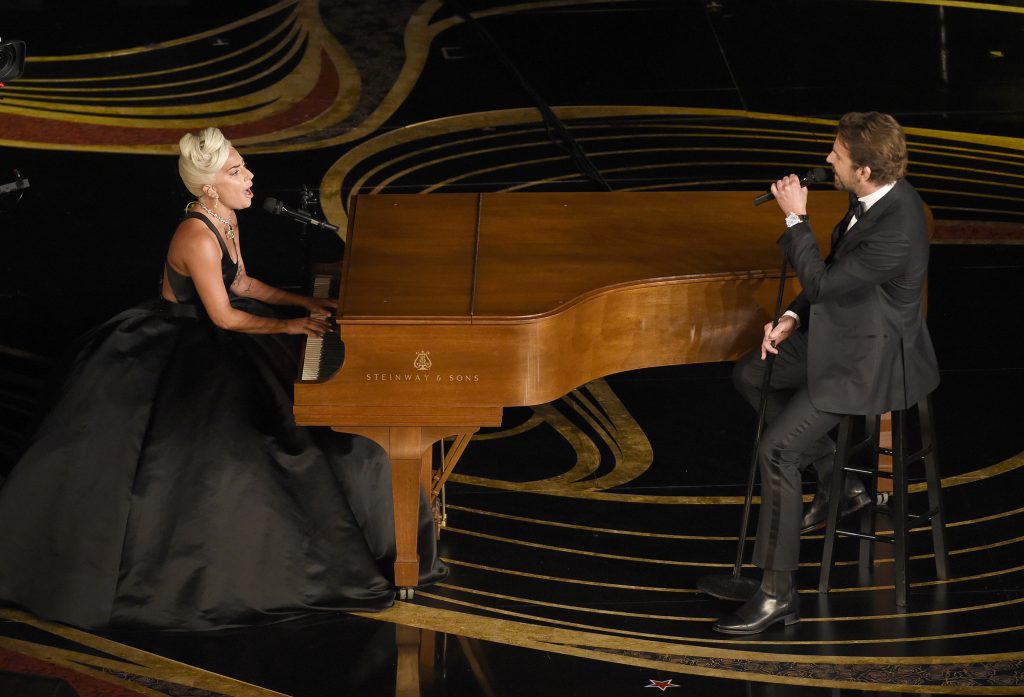 “Saturday Night Live” managed to mock both “Sesame Street” and Hollywood’s love affair with gritty anti-heroes with its mock trailer in October for the dark movie “Grouch.” In the video, David Harbour (of “Stranger Things” fame) asks in a raspy voice: “When everyone calls you trash and everyone treats you like trash, why don’t you just become trash?” It was a hysterical send-up of dark origin stories like “Joker” that included Snuffleupagus as a pimp, The Count as a pill head and Elmo as a crack dealer. The video was watched more than 6.7 million times.

‘I have that right’

Billy Porter became the first openly gay man to earn an Emmy for best dramatic actor in September, winning for his role of Pray Tell on FX’s “Pose.” The Tony Award-winner received a standing ovation as he took the stage. “James Baldwin said, ‘It took many years of vomiting up all the filth that I had been taught about myself, and halfway believed, before I could walk around this earth like I had the right to be here.'” He added: “I have the right. You have the right. We all have the right.”

An on-camera interview can be a good way to clear the air, but not for Britain’s Prince Andrew. The royal’s effort to put the Jeffrey Epstein scandal behind him may have done him irreparable harm. His sit-down with BBC’s Newsnight in November backfired when the prince failed to show empathy for the young women who were exploited by Epstein, even as he defended his friendship with the convicted sex offender. Some of his answers were widely mocked on social media and he soon stepped down from royal duties.

When proved a queen

Journalist Gayle King was unflappable in March as R. Kelly leaped up in anger during an interview and cried out: “Y’all trying to kill me!” King didn’t flinch from challenging the singer as he denied multiple allegations that he sexually abused underage girls and was controlling in his relationships. She drew praise for her performance, with commentators calling it a journalistic master class. “Robert, we have to have a conversation,” she said to R Kelly. “I don’t want you just ranting at the camera.” 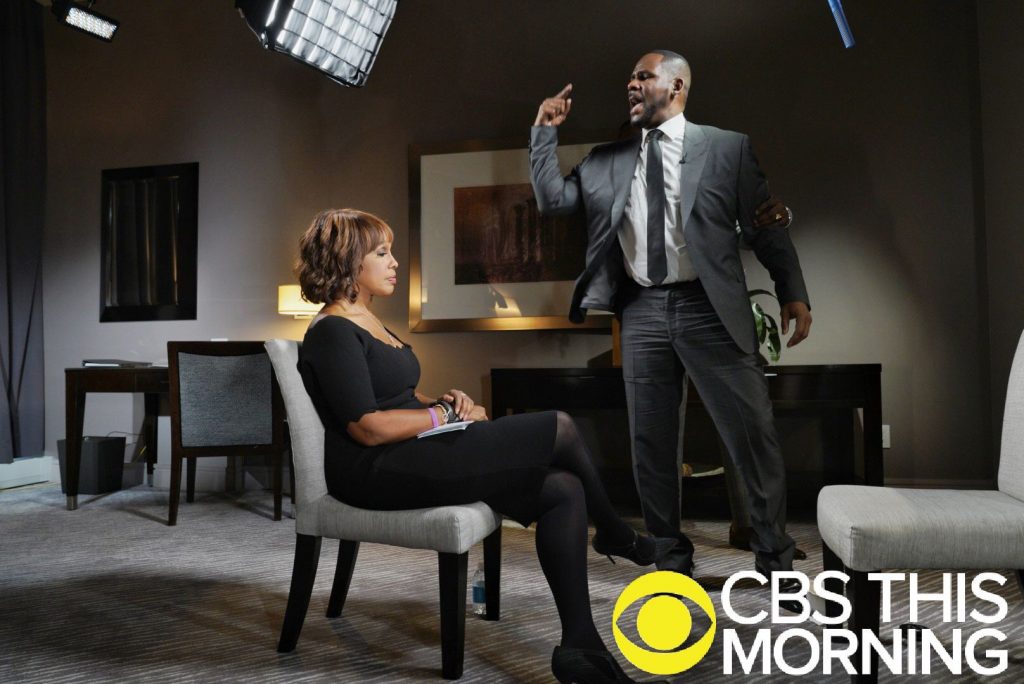 LAZARUS JEAN-BAPTIST / CBS VIA ASSOCIATED PRESS
R&B singer R. Kelly gestures while making a point during an interview with Gayle King on “CBS This Morning” broadcast on March 5. The singer gave an interview after being charged with sexually abusing four females dating back to 1998, including three underage girls. Kelly has pleaded not guilty to 10 counts of aggravated sexual abuse.

The nation was riveted when former White House official Fiona Hill went to Congress in November and dismantled a main line of the president’s defense in the impeachment inquiry. Hill said Donald Trump’s top European envoy was sent on a “domestic political errand” seeking investigations of Democrats. She also urged lawmakers to stop peddling a “fictional narrative” at the center of the impeachment probe. Hill was praised for her poise and ability to remain calm amid the political crosswinds and intense scrutiny.

‘The verdict is guilty’

A gut-wrenching moment of top-notch TV occurred during the last few minutes of the second episode of “When They See Us.” The four-part Netflix series explores the true story of the Central Park Five, five black and Latino teenagers who were coerced into confessing to a rape they didn’t commit in 1989. In that second episode, show creator and director Ava DuVernay shows the court verdicts read aloud as the five young actors sob and a trumpet wails.

American soccer midfielder Megan Rapinoe won the gold medal at the women’s World Cup title in July, as well as the Golden Ball and the Golden Boot for its top scorer. She celebrated her two goals in the quarterfinal match against France by raising both arms in victory, reminiscent of Russell Crowe in “Gladiator.” She seemed to say: Are you not entertained? Rapinoe was a force off the field, too, becoming a vocal advocate for equitable pay and the treatment of female athletes.

Out with a bang

After 12 seasons, “The Big Bang Theory” bid a last goodbye in May, with Jim Parson’s Sheldon giving a touching speech after winning the Nobel Prize for physics. After earlier squabbles with his friends, he puts aside his lengthy prepared remarks to thank them, asking them to rise. “I apologize if I haven’t been the friend you deserve, but I want you to know, in my way, I love you all.” The sweetness of the moment is added by the appearance of Sarah Michelle Gellar as the show’s last celebrity guest: “Is that Buffy, the Vampire Slayer?” Sheldon asks.

DISNEY PLUS VIA ASSOCIATED PRESS
Introduced at the end of the first episode of “The Mandalorian,” the silent Yoda puppet has become an instant pop-culture phenom, spawning memes, Etsy creations, fan art and even a New Yorker cartoon.

Was there anything cuter than Baby Yoda this year? Introduced at the end of the first episode of “The Mandalorian,” the non-verbal puppet has become an instant pop-culture phenom, spawning memes, fan art and even a New Yorker cartoon. The 50-year-old, big-eyed and green infant arrived in November and was a boost for Disney Plus, giving the streaming service a cuddly viral ambassador. “Officially, 2019 belongs to Baby Yoda now,” Esquire declared. Who can argue with that?