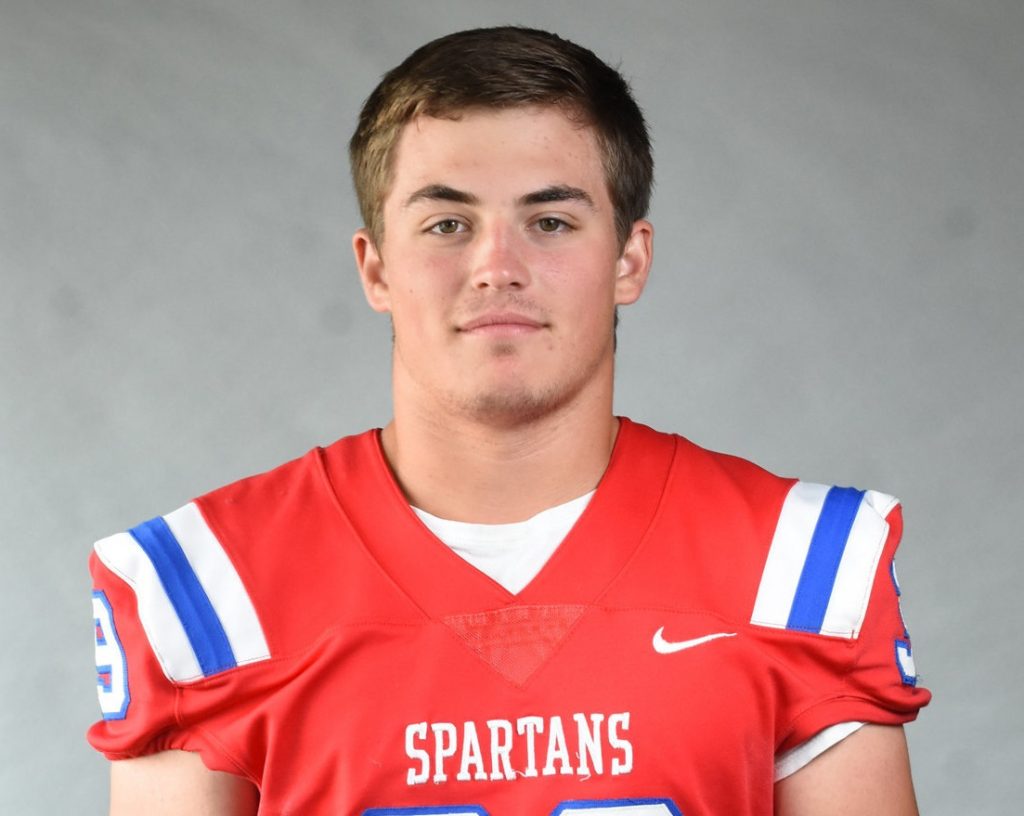 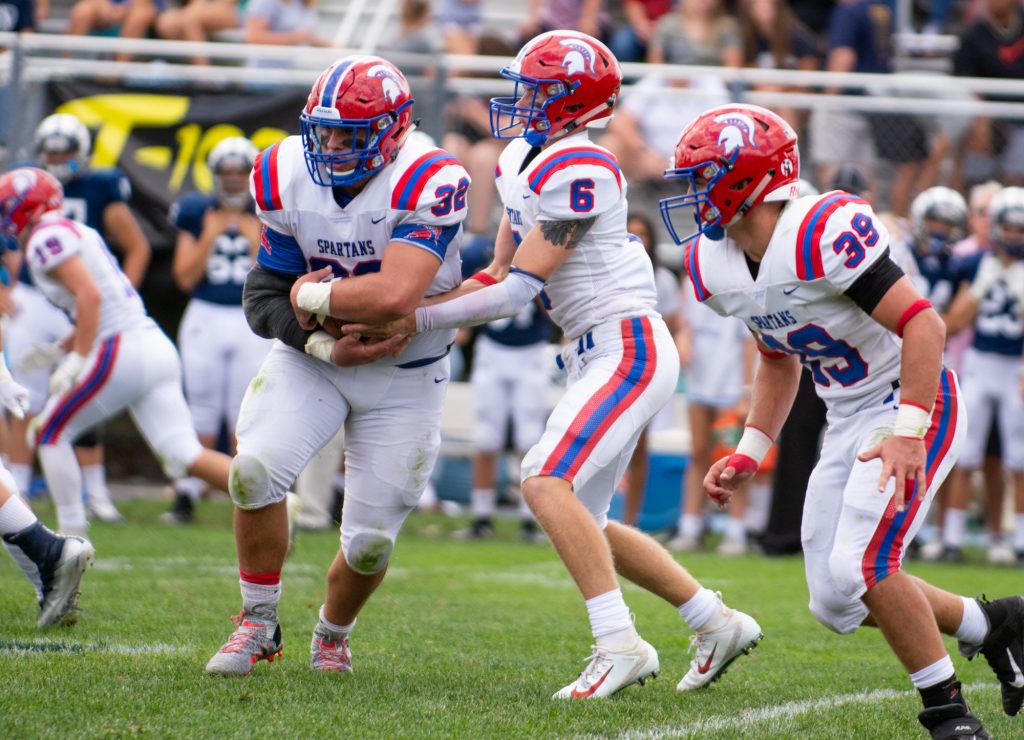 North Schuylkill senior running back Zack Chowansky rushed for 277 yards and four touchdowns as the Spartans handed previously unbeaten Jim Thorpe a 41-20 defeat. Chowansky had TD runs of 42, 85, 8 and 9 yards against an Olympians’ defense that allowed a total of seven points in its first five games. He is this week’s Hazleton Standard-Speaker Athlete of the Week.

Q: Did you ever imagine running for 277 yards and four touchdowns in one game?

A: “It actually kind of shocked me finding out after the game that I rushed for that many yards. I knew I had four touchdowns, but that many yards? I had no idea’’

Q: To do that against a Jim Thorpe defense that allowed only seven points in its first five games, how even more remarkable was your accomplishment?

A: “Obviously, they held teams to 17 straight scoreless quarters before they faced us. To run the score up on them and do what we did – running the ball – against them … was something. Their front seven is the best we’ve faced this season and I give a lot of credit to them. Again, I was just shocked we were able to do what we did.’’

Q: You talked after the game about your offensive line opening “holes 5 feet wide.’’ As a running back, what are you thinking when you see holes that wide?

A: “When I see holes opened that wide by our offensive line, I hit them hard. Usually, (fullbacks) Tyler (Elsdon) or Jake Green are in front of me getting the next guy that shows up, so I cut off that block and I get positive yardage off it.”

Q: As big as the win over Jim Thorpe was and as huge a night as you enjoyed, you and the Spartans really don’t have time to savor your success with Tamaqua coming to town. How do you put last Friday in your rear view mirror and shift your focus to this coming Friday?

A: “Tamaqua’s a totally different animal. They play a 4-3 (defense) and they have really strong players and DBs (defensive backs) We need to keep working at the small things in practice, getting better every day and correcting the things we did wrong against Jim Thorpe and move on because (Tamaqua) is a fabulous team. It’s going to be a great matchup.’’

Q: You lost at Wyomissing a few weeks ago, surprising many folks here in the Coal Region. What did your team learn from that loss?

A: “We learned that we were not invincible … that we have a lot of things to work on … to improve upon and that we have to continue to get better every week. That loss showed us our true colors, about how we were able to play after facing adversity … about how we can bounce back. Most importantly, it showed that we can be beat.’’

Q: As you get into the meat of your Schuylkill League schedule and then the District 11 playoffs, how much does last year’s experience help?

A: “Last year were in some huge games: two with Jim Thorpe, at Tamaqua, even though we lost, Pottsville gave us a good game in the last game of the regular season. … We learned a lot about those teams and how they’re going to play us. That (experience) is really going to show this year.’’

Q: What do you want to study in college?

A: “I haven’t figured that out yet, but probably biology.”