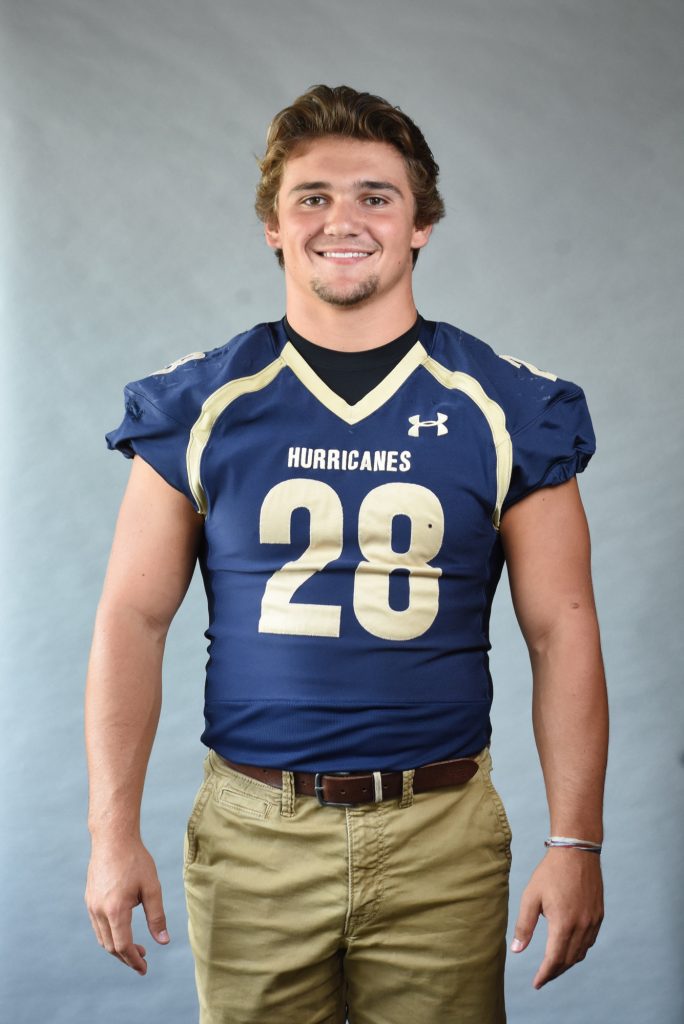 Schuylkill Haven senior running back Kobe Brish went over the 7,000-yard mark for his career, rushing for 267 yards and scoring seven TDs in win over Minersville — all in the first half.

Q: Your team has won four in a row after an 0-4 start. What has been the key?

A: Fixing the little things at each position and believing in each other, which is leading us to have fun.

Q: You scored seven touchdowns in the first half. How amazing is that?

A: It was pretty cool getting in the end zone that fast and that many times. Our defense was getting their offense off the field and we just kept pounding them on offense. We didn’t give them any chances to get momentum.

Q: Were you surprised that you were able to rush for that many yards and touchdowns in one half against Minersville?

A: No, not really. When my team plays like that, it made it pretty easy.

Q: How does it feel to break the 7,000-yard rushing mark for your career?

A: It feels great. Not many people can say they did that, so it’s something to hold onto with pride.

Q: You need 10 touchdowns to break Zach Barket’s school record of 113. How exciting would that be?

A: It’s been on my mind a lot now that I’m getting closer, so it would be awesome to break that and be known for something here at Haven.

Q: How has the emergence of Caleb Riegel and Connor Goehring helped your team’s running game?

A: Caleb is a great lead blocker, but he’s also doing a great job running the ball as well. Connor is a beast running reverses and tosses. He gives speed to our offense that not may freshmen can give. They both help me out because the defense has to account for them as well.

Q: Your workload has been managed so far this season. Do you expect to see more carries as the season progresses?

A: Yes, as games get tougher and closer I could see more carries, but we are doing a good job with other backs getting carries and getting yards as well.

Q: Did you decide which college you are going to after high school? Who are the major contenders?

A: No, not yet. Kutztown, Dickinson, Bloomsburg, Millersville.