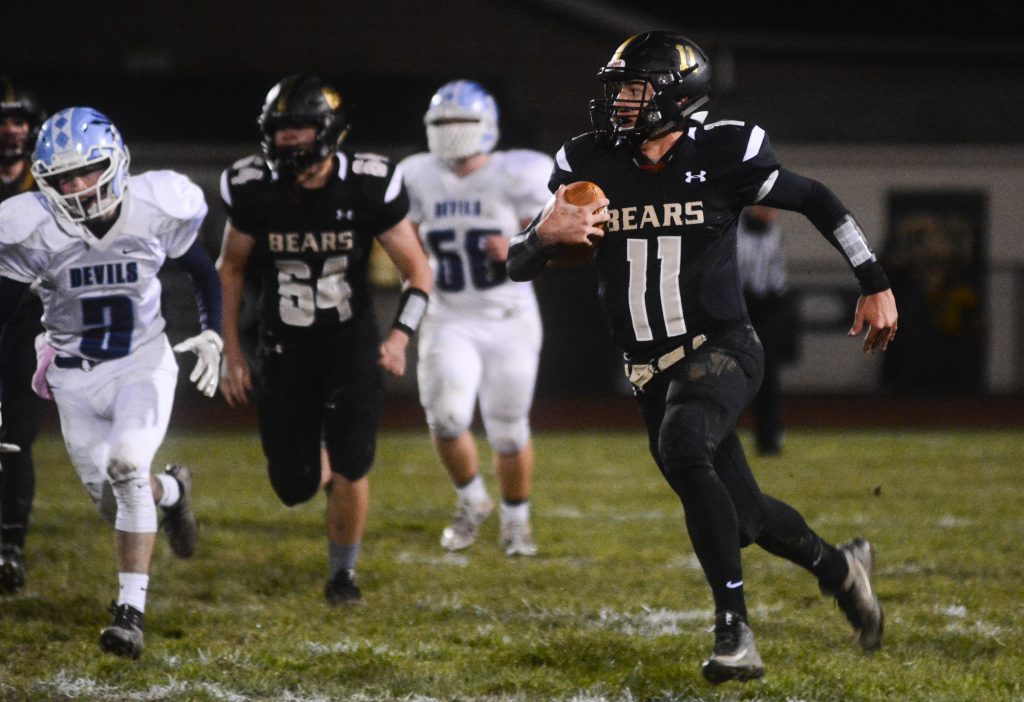 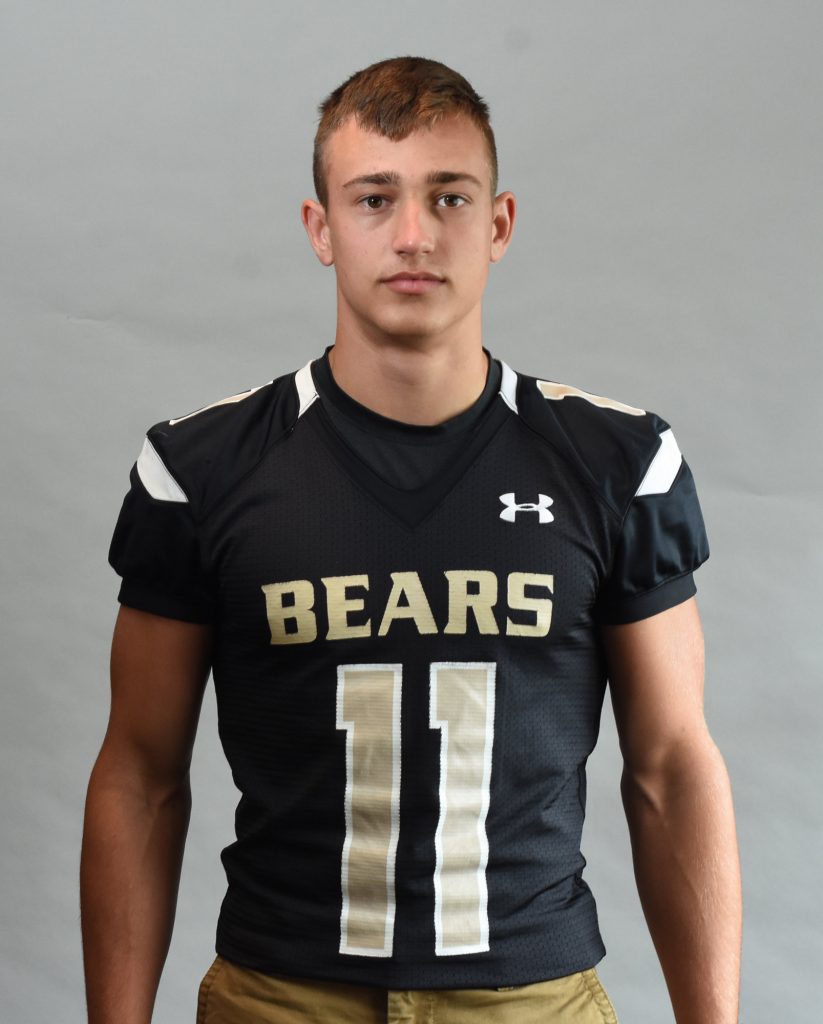 Senior quarterback Danny Lawrence of Mahanoy Area rushed for 269 yards on 23 carries, and scored three times in the Golden Bears’ 34-27 win over Nativity.

Q: When you see the kind of numbers you put up last week, does that surprise you that you were able to accomplish that?

A: That’s basically a by-product of everyone doing their job. The offensive line is bigger than those in the past, and they give me a lot of confidence running behind them. And it helps to have (fullback) Alexis Perez, because they can’t just key on me.”

Q: What makes the option-read offense your team runs so difficult to stop?

A: In the triple-option there’s three people that can carry the ball. The defense has to respect all of those decisions, and assign players to all of them. That’s what makes it so hard to stop.

Q: How special has it been for you and the team to be able to carry on the tradition of Golden Bears football and its vaunted running attack?

A: It’s super special. We’ve been a district playoff team for four or five years now. We want to be able to carry that on, so it’s definitely super special.

Q: As good as the offense was last week with 536 yards, four turnovers helped fuel Nativity’s late comeback. How will the team remedy that moving forward?

A: We do ball security drills daily, so I’m sure we’ll be doing a lot more of that in practice this week. You’ll have games like that sometimes. We just want to continue to work on what we do.

Q: After two tough weeks to open the season, you’re back to .500 entering Week 5. What are the team’s goals moving forward?

A: Our goal is to prepare for Hamburg and beat them this week, and just continue to win games and make the district playoffs. We don’t want to just get to the playoffs, we want to make some noise and win a district championship.