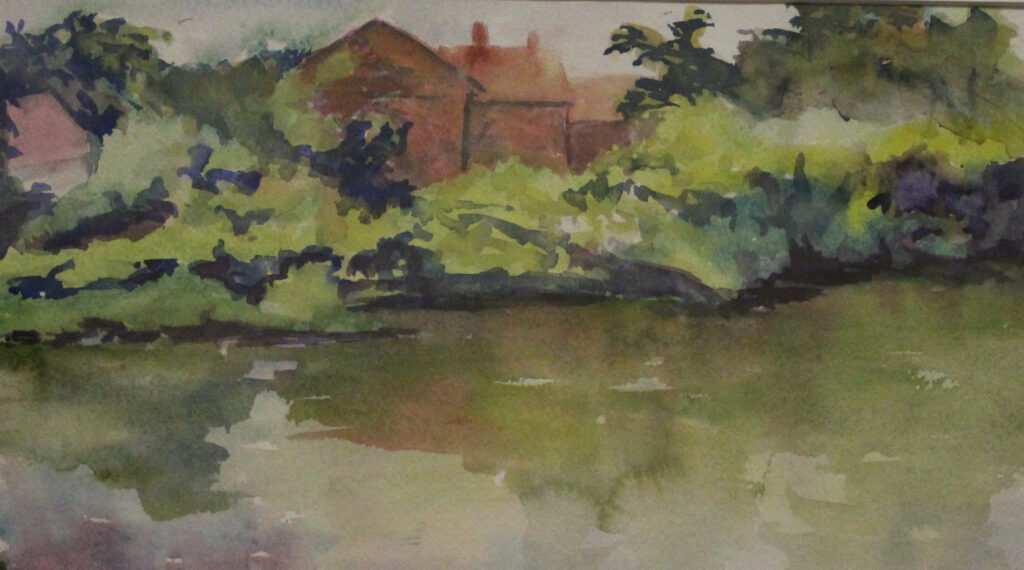 A crowd of friends and family remembered the spirit and talent of the late Barbara Kapalski Nichols earlier this month during the opening of the latest art gallery at the Wyoming County Courthouse.

In partnership with the Endless Mountains Council of the Arts, the courthouse gallery presented “Reflections,” a retrospective featuring more than 40 pieces of her work.

Kapalski, who died in May at 81, was an active and longtime member of EMCA, as well as Artists for Art in Scranton. In EMCA and at the courthouse, she took on the arrangement and hanging of shows for nearly two decades, and was also a member of the AFA hanging committee.

On Mondays, Kapalski got together with a group of EMCA artists called the Monday Painters, who were instrumental in organizing the retrospective gallery. As a “plein-air” group, the Monday Painters often paint outdoors. Over the years, Kapalski took to paintings of natural scenes, and she was known for finding unique areas to paint.

Kapalski was known for lending a hand in other ways at gallery openings as well, such as manning the punch bowl.

Outside of helping others with art, she was an advocate for Al-Anon and sponsored others for over 25 years.

“Reflections” will remain on display in the courthouse until Sept. 27, where Kapalski’s framed works are also available for purchase.

Unframed works are available for purchase at Swalebrook Gallery in Tunkhannock.