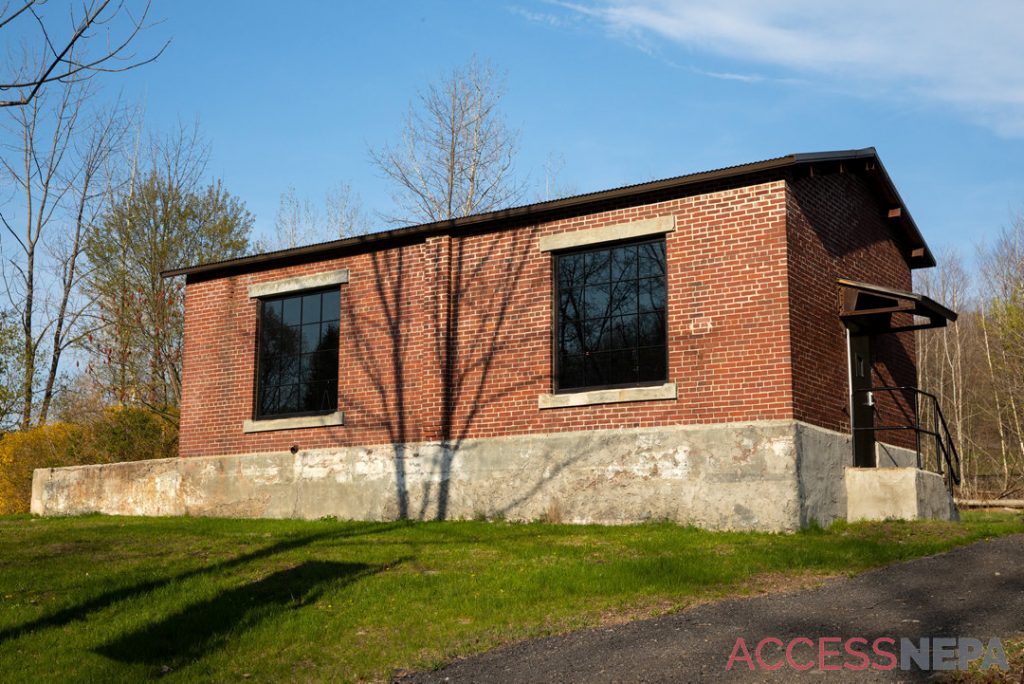 ARCHBALD — More than a century after coal miners began using a small red brick building at the end of Laurel Street to store oil for the Gravity Slope Colliery, borough officials hope to transform the former oil house into a coffeehouse.

The borough is in the preliminary planning stages of renovating the former coal mining building in hopes of finding a tenant to use it as a coffee or ice cream shop. According to an Archbald Borough Historical Society infographic inside the oil house, the colliery was built in 1913, at the peak of Archbald’s coal industry. It closed in 1955 when the Delaware and Hudson Coal Co. closed the colliery due to excessive mine flooding.

“We’re not going to change the structure of the building whatsoever,” he said.

The borough would run water, sewer and electric utilities to the building while also looking to make it wheelchair accessible. Turlip envisions an extended concrete slab beneath the building, initially used as a loading area, being repurposed as an outdoor patio.

While everything is still preliminary, Turlip said he hopes work will begin within the next year.

In recent years, the oil house received a new roof, doors and windows, Turlip said, explaining a committee formed to work on the building has since fallen by the wayside.

The idea to use it as a coffee shop came up while interviewing candidates for the borough’s newly formed community and economic development committee, Turlip said.

Austin Burke, the former president of the Greater Scranton Chamber of Commerce, is working on the project with the borough as the volunteer grants consultant. With a fishing pier just outside and the Lackawanna River Heritage Trail running past the building, “it seems a shame not to try to get more utilization out of the oil house,” Burke said.

Thousands of people use the heritage trail near the oil house every month, said Owen Worozbyt, the Lackawanna Heritage Valley’s trail and environmental projects manager. The proposed coffee would be 20 miles into the trail — dead center in the 40-mile route.

“Having amenities like these along the trail is a fantastic idea,” Worozbyt said.

Burke expects to hold meetings with borough council, the mayor, the borough historical society and colliery committee to discuss the project. They are looking to bring in professionals for price quotes, he said, and they would also like to bring in an experienced coffee shop operator for guidance.

Burke noted the site’s historic setting. The colliery once employed thousands of people, and remnants of the mining operation are still visible around the oil house, including the shifting shanty and fan house, Burke said. The shifting shanty was a place for miners to change into and out of their coal-stained mining clothing, and the fan house circulated air into the mines below. He believes the shop would add to the quality of life in the area, giving people a place to relax and socialize.

“People will see that it’s a community that honors its past but certainly seizes its present,” Burke said.