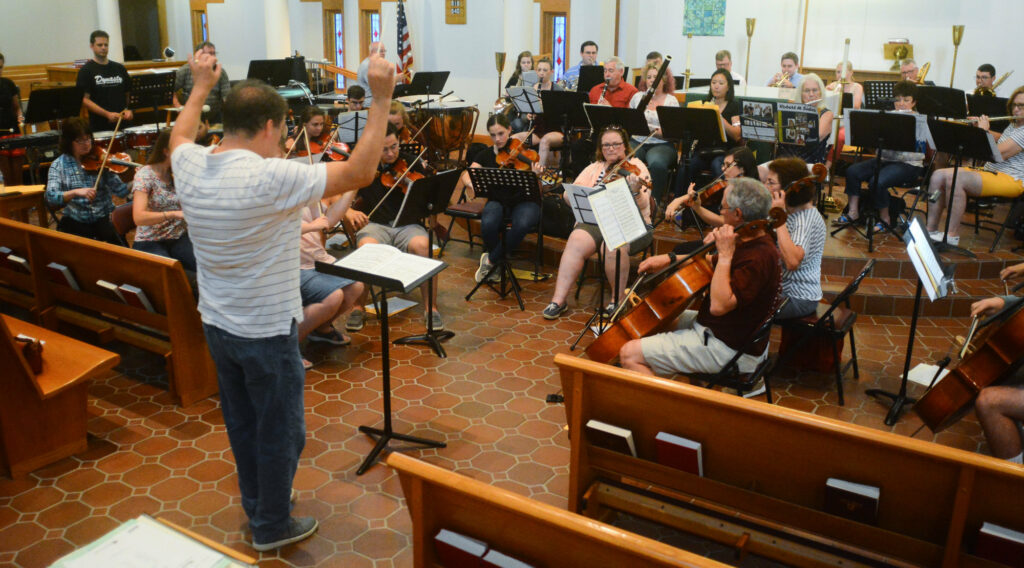 Celebrating in great American fashion, the Anthracite Philharmonic will perform a concert with the at-home feel in honor of Independence Day.

The Summer Fourth of July concert will begin Sunday, July 7, at 6 p.m. at the Yuengling Mansion Garden, 1440 Mahantongo St., Pottsville, with the doors opening at 5 p.m. for food, drink and a “whole picnic atmosphere,” said Mark P. Thomas, artistic director and conductor the Anthracite Philharmonic. The event will be held rain or shine. Tickets are $20 for adults, $15 for seniors and free for students.

Thomas said they wanted the concert to have a Fourth of July feel.

“The music is very upbeat, patriotic — upbeat stuff that keeps people’s toes tapping. We won’t be playing some of our heavier stuff. We don’t want people falling asleep. We want to keep them engaged. It’s like fireworks but with music. Some people get really into it, and it’s great when you look around, and you can see people who aren’t normally into it on the edge of their seat.”

Thomas said there will refreshments from Yuengling D.G. & Sons and other vendors.

Those in attendance may also bring their own food.

Some seating is available in the gardens, but patrons are encouraged to bring their own chairs and blankets for additional seating.

The Anthracite Philharmonic, which performs a number of concerts throughout the year, was formed in 2010 “to produce family friendly concerts to the people of Schuylkill County and the surrounding areas. In that way, we hope to develop an appreciation for orchestral music,” according to the group’s mission statement.