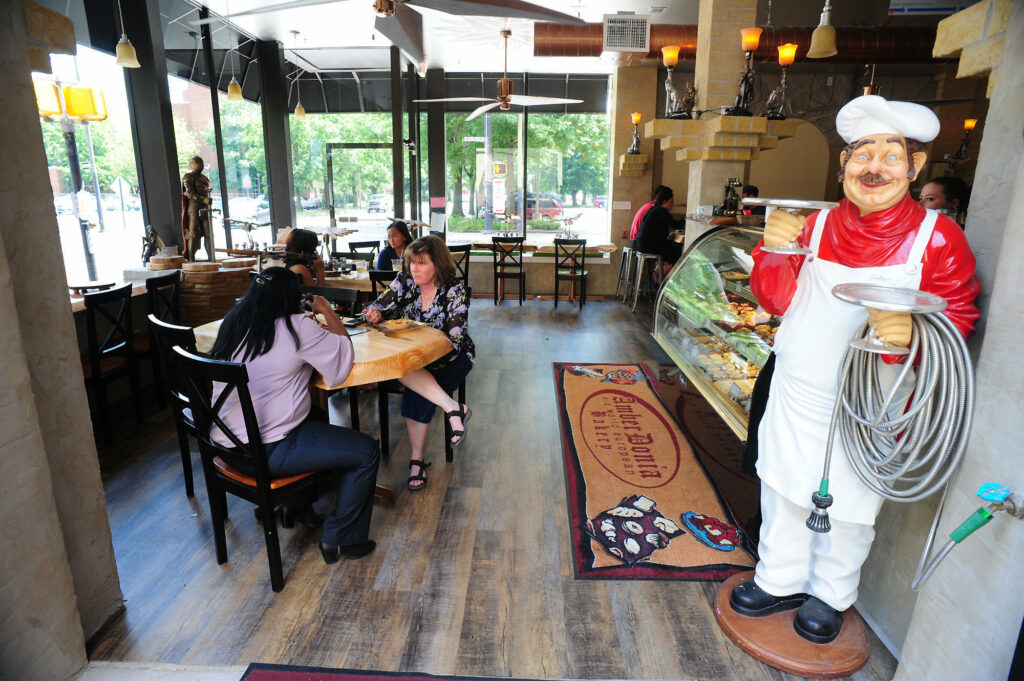 Butch Sacipi has dreamed of opening a bakery in Wilkes-Barre for about 10 years. His dream finally came true.

Several customers came to a soft opening Tuesday at the long-awaited AmberDonia Bakery in the Hampton Park apartment building on East Northampton and South Washington streets in downtown Wilkes-Barre.

Sacipi, who runs the bakery with his wife Aida, is selling European-style pastries, cheese cakes, cupcakes, brownies, gourmet coffee, hot chocolate and tea. In about a month, he said the bakery also will sell wood-fired pizza that will come straight from two brick ovens.

“This pizza has been served in Italy for the past 400 years,” he said. “The tomatoes, flour and cheese come straight out of Naples because we follow the same recipe.”

Sacipi also operates a bakery at 26 E. Union in Kingston. He said he has been so busy at his Kingston bakery that it took him more than two years to finish all the work at the Wilkes-Barre bakery, which has wood tables, the prominently displayed AmberDonia logo and a design that pays homage to Italy.

On top of the wood tables are small turning wood tables with pizza seasonings and a wood star ready for pizza.

The name AmberDonia is derived from the names of their two daughters, Amberly, 16, and Cedonia, 15. The North Star in their logo represents their son Thorin, 14 and the lions represent Butch and Aida. Everyone in the family works at the bakery.

Sacipi moved here from Brooklyn, New York, more than 10 years ago and his first location was in Conyngham. He closed other locations on Farr Street in Scranton and across from the Viewmont Mall in Dickson City. 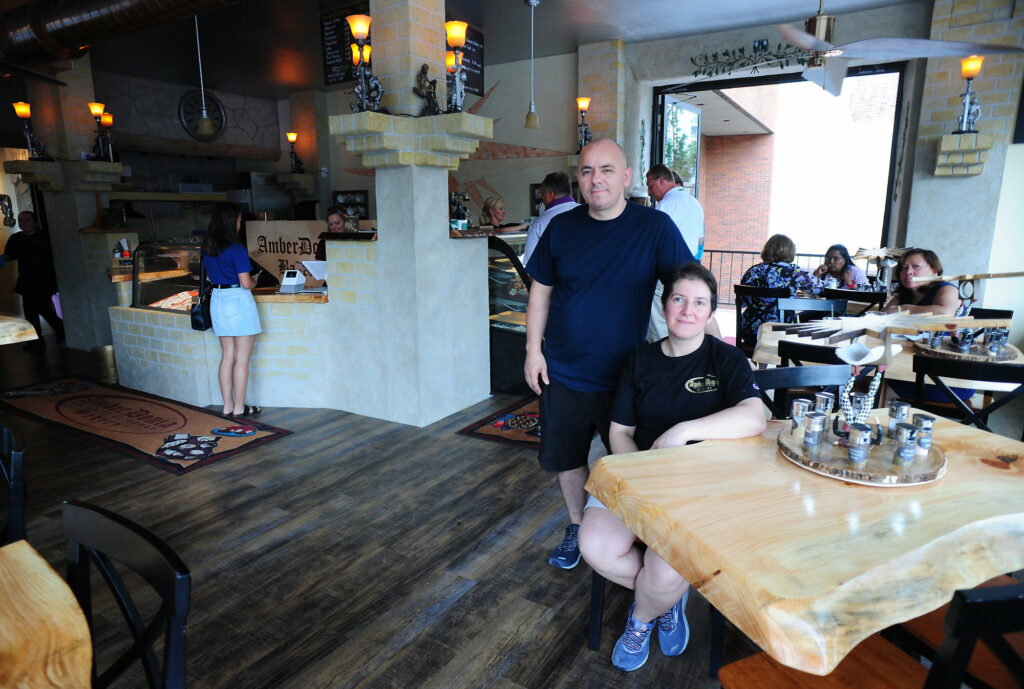 Sacipi signed a 10-year lease with Nicholas Dye and Casey and Adam Donahue of D&D Realty, who own the Hampton Park building.

They also own the Alleghany Lofts on South Main Street and the former PNC Bank building on West Market Street which is now a development called “Riverview West” which includes 40 apartments and three more apartments will be added on the third floor. The apartments are bringing more people downtown who enjoy the “walk-to-everything” lifestyle and enjoy businesses like the new AmberDonia Bakery, Dye said.

“We’re excited for him (Sacipi) to be there. He has great products and I expect him to do very well there,” Dye said. “There have been a lot of people asking about this for quite some time and it’s finally here and we’re excited to have him.”

Karne enjoyed cheesecake and Macchiato gourmet coffee while Garrison enjoyed apple pie and tea. They said they have been waiting more than two years for the bakery to open and they were impressed with its treats, wood tables and design.

AmberDonia Bakery will be open 9 to 5 for the next few weeks.