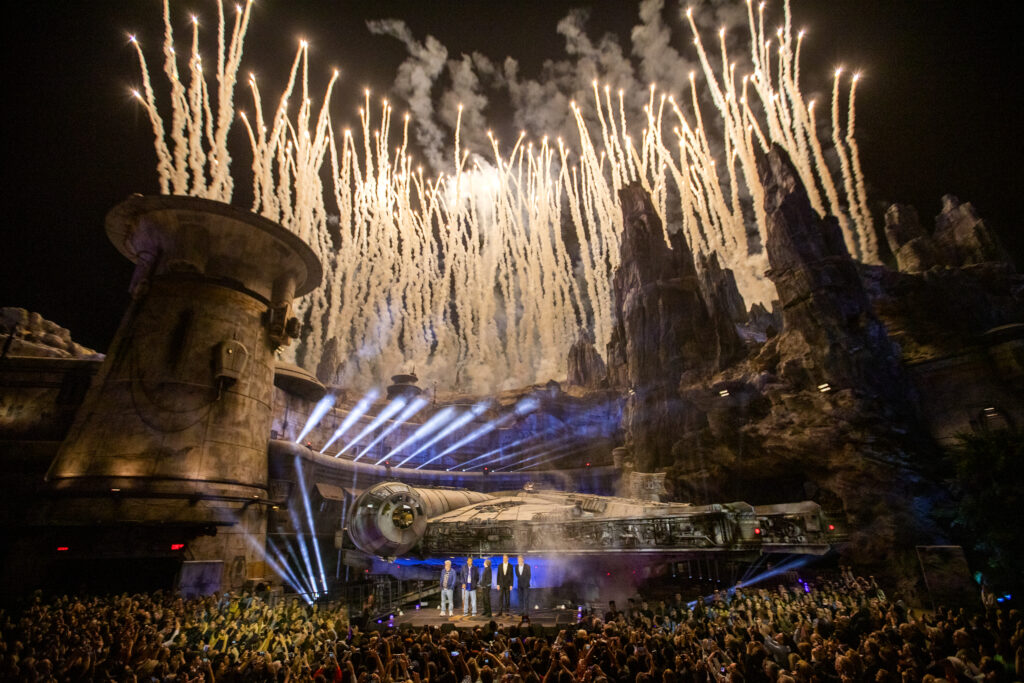 Disney has announced opening dates for its Rise of the Resistance ride that’s coming to Star Wars: Galaxy’s Edge at Disney’s Hollywood Studios and Disneyland theme parks. The attraction will debut in Florida before it opens in California, the company said Thursday.

Visitors will experience the Star Wars: Rise of the Resistance ride at Disney World as of Dec. 5; it will be unveiled at Disneyland on Jan. 17, 2020.

The timing is unexpected because Disneyland’s Star Wars land opened out west in late May, whereas the nearly identical Hollywood Studios version doesn’t open until Aug. 29. When the opening dates for the lands were announced, Disney said only that the Rise rides would open “later this year.”

The rollouts’ schedules were not explained in Thursday’s announcement, which appeared on the official Disney Parks Blog. “As soon as work is completed at Walt Disney World, Imagineers will head back to California to complete their mission at Disneyland Resort,” the post says.

The post also notes that Dec. 5 is Walt Disney’s birthday.

Both editions of Galaxy’s Edge have two rides, including Millennium Falcon: Smugglers Run, which is an opening-day attraction.

Rise of the Resistance will be the most technologically advanced ride in Disney’s history, the company says. Its storyline will put Galaxy’s Edge visitors into a battle between the First Order and the Resistance. It will include characters such as Rey, General Organa and Kylo Ren.