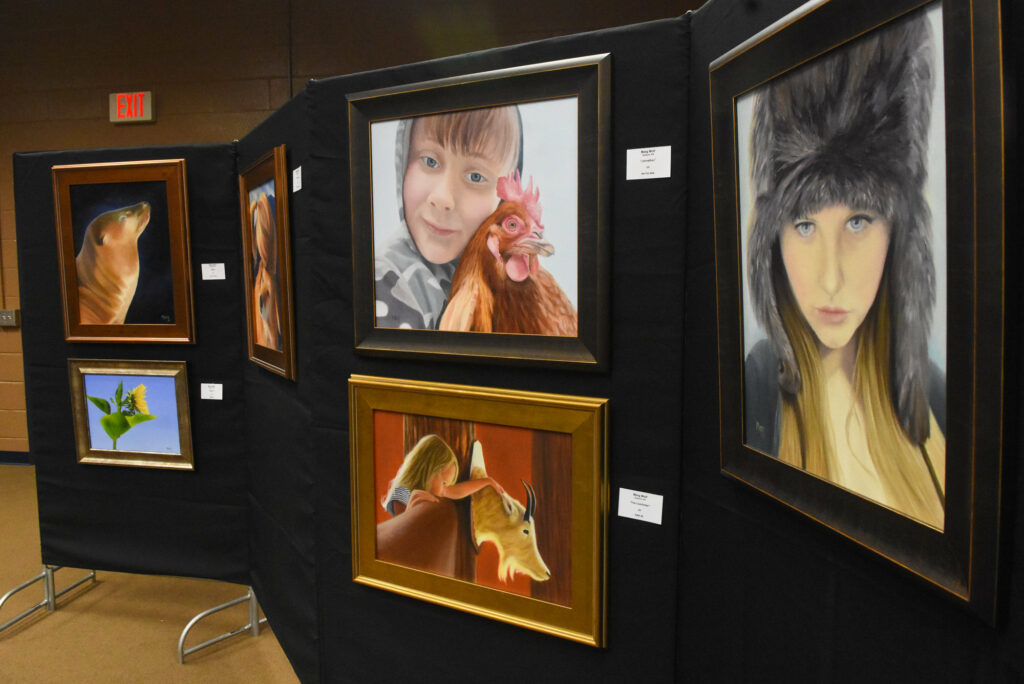 “Oh, I like that one,” Swain, 15, of Schuylkill Haven, said while looking at the photograph of a multicolored butterfly on a leaf.

The colors green, blue and red were among those that popped out at her. Her mother, Dianna Swain, Schuylkill Haven, said they attended so her daughter could learn more about the benefits of art, although they have been to art shows previously.

The photo by Pam Foley received honorable mention in the exhibit’s photography category. There were four categories that participants could enter: Photography, Not Under Glass, Under Glass and Mixed Media. Prizes were awarded for first, second and third place in each category and two honorable mentions per category.

Held in the Health and Wellness Building at Penn State Schuylkill, the exhibit featured art from 41 artists and included 124 entries and 22 works of art by featured artist Marg Wolf, who is also president of the Al-lied Artists of Schuylkill County, a drawing from graduate Matt Miller, from Blue Mountain School District and two pieces of art by the judges, Fran Parzanese and Bill Kreiger.

“Our show is our big thing,” Wolf said. 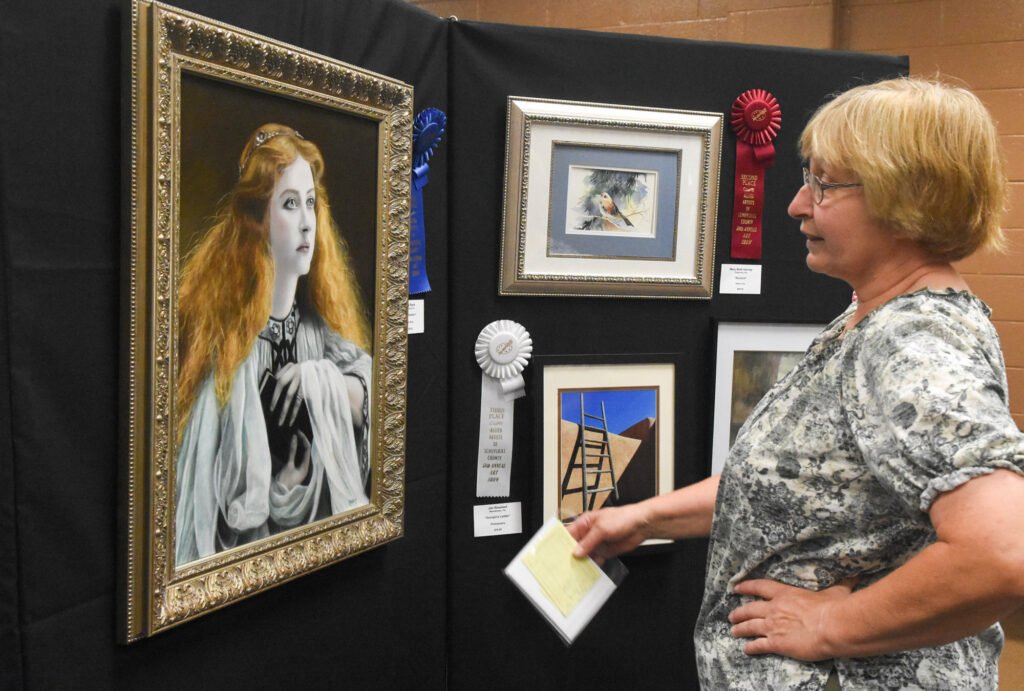 JACQUELINE DORMER / STAFF PHOTOGRAPHER
Jane Kruse, of Pottsville, looks over “Contemplation,” an oil painting on birch by Marky Barto, of Pine Grove, at the exhibit.

Usually, the event is held at Foursquare Gospel Church, Pottsville, but it was moved this year to Penn State because it has air conditioning.

“We had a real good relationship with them,” Wolf said of the church, where it was held the last seven years.

Last year, 39 artists displayed their work and 202 people attended the show. The exhibit started Saturday and continues from 6 to 8 p.m. through Saturday. As of Sunday, about 120 attended.

Wolf said she believes more publicity via social media has helped to promote the event.

This is the first year Wolf has shown her art at the exhibit.

“I work from photos,” she said, from ones she captures or from photos that can be given to her.

For example, “Twining,” an oil painting, comes from a photo her son took of Wolf’s daughter and her dog in Long Beach, New York. The dog has since died. A seal, goat and other animals are also subjects of her artistic talent.

“This one is really pretty. I like this one because of the fall colors,” Frinzi said.

It was for sale, but Frinzi said she has enough decorations on her walls, so she wasn’t likely to buy any art to hang. She looked at postcards instead.

“Nature is beautiful because God made it,” Frinzi said.