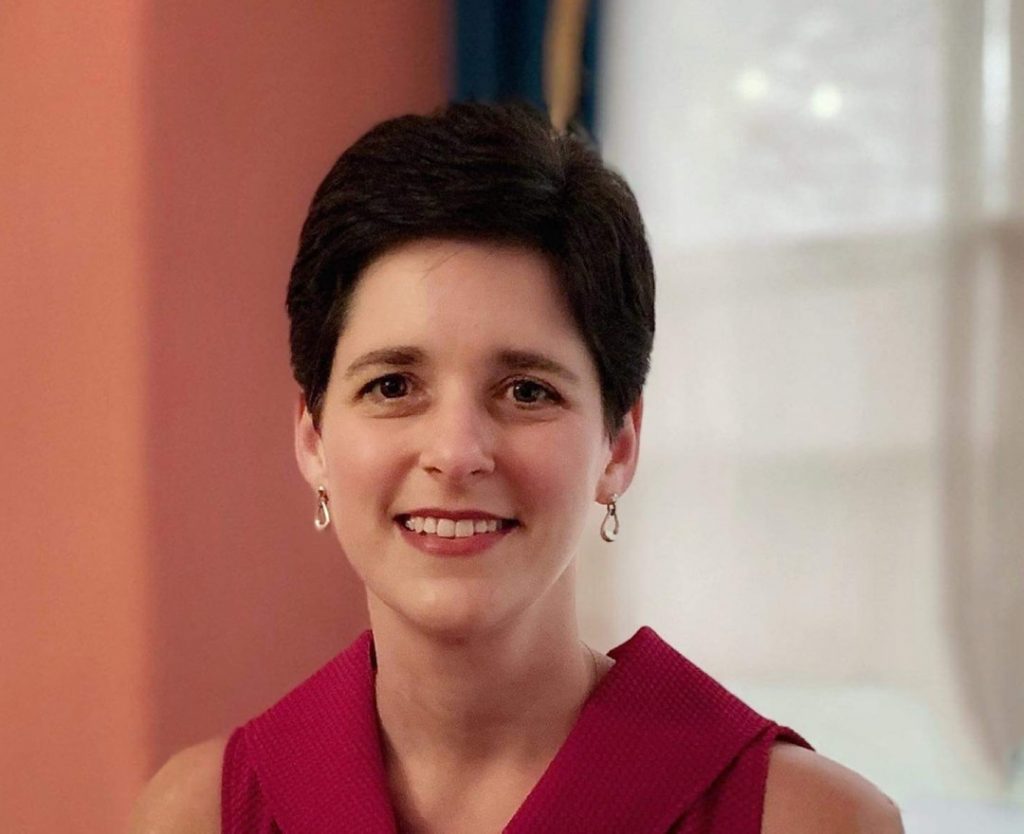 Administrator leads the way in school and community

Dr. Tania Stoker has spent more than two decades guiding today’s youth from in front of the classroom and the front office.

A Dunmore native now living in Dickson City, Stoker’s experiences as a kid hanging out with her dad and uncles impacted her future path. They were always building things, and she liked helping them out by measuring or grabbing tools they needed.

As she grew up, living for several years in Illinois before coming back to Northeast Pennsylvania, that fondness for working with numbers developed into an affinity for math, and she ended up earning a bachelor’s degree in the field from Lehigh University.

“I was originally going to be an actuary, but I started tutoring students at Sylvan Learning Center in Easton and working with chairperson of our math department,” Stoker said. “I really started enjoying the educational aspect.”

Stoker decided to go back to school and earned a certification in secondary education from Marywood University. She then spent nine years teaching math at Lakeland Junior-Senior High School, bouncing around among different grades from year to year, which meant that sometimes she had the same students for five years in a row.

“That was the big joke,” she said.

Those changes kept Stoker fresh, though, as she had to pilot a new math book each year. And it gave her a chance to make a difference in a subject that sometimes frightens students who don’t think they can learn it.

Stoker continued to learn herself, earning a master’s degree in secondary education from University of Scranton, a doctorate in human development instructional leadership (aka curriculum) from Marywood and “a bunch of certifications in there to do all those jobs,” she said. That allowed her to move on from Lakeland to Lackawanna Trail School District, where she served as assistant principal of the high school, principal of the elementary school and then curriculum director. In January 2018, she started her current job as assistant superintendent at Northern Lehigh School District and is taking classes for a special education certificate through Drexel University.

While she had never really thought about moving out of the classroom, Stoker said, she thought she could have a bigger influence on students as an administrator.

“In the classroom, you have an impact on kids in front of you. … Once you become a district administrator, you have an impact on whatever you cover, whether that’s a department or an entire district,” she said. “I like having that ability to impact students in a positive way and work with our teachers and our staff and figure out what their needs are.”

Educating students during a “normal” year is challenging, Stoker said, but with the pandemic, “it’s almost reinventing education.”

“Education has looked pretty much the same for a long time,” she said. “And the pandemic, since March 13 when we shut everything down, has really forced us to take a new look at education and how we’re going to do things but also made us jump ahead a decade in some things we wouldn’t have otherwise.”

With students not allowed in buildings, she said, educators have had to figure out what modern teaching looks like. But if there’s one thing she’s learned in her 22 years in the field, it’s how to think on the fly. The last year has involved all kinds of brainstorming and taking what she’s learned, going with her gut and figuring things out.

Stoker’s years of experience and the knowledge gained over the past year have helped her understand the needs of classrooms and schools.

“It’s hard to lead others when you don’t know what you’re living through,” she said. “Being a math teacher and then a principal and now at the district office, I know what it’s like to be in their shoes. I’m not asking things of them that I wouldn’t have expected of myself. … I know what the principals are going through and what it’s like to manage a building and do the day-to-day things and have goals and continue to work with faculty to move your buildings ahead.”

Stoker has taken all that leadership experience and used it to help her community, too, through the Junior League of Scranton, for which she serves as treasurer and board member.

Growing up, Stoker saw her parents help others in many ways, and she started helping others during high school. She continued to volunteer with different groups on her own as an adult, including St. Francis of Assisi Kitchen and the Ronald McDonald House, serving on the latter’s Gourmet Gala committee. She even brought students from Keystone College, where she taught as an adjunct, to help at the soup kitchen.

In the Junior League, Stoker felt she had finally found a group “of like-minded women” who “all wanted to go out and help the community.”

“The nice thing about the Junior League is it’s not just about volunteering, but it’s about training professional women. … We promote volunteering, but we also develop the potential of women, and we learn leadership qualities,” Stoker said.

The Junior League’s current “impact area” is nutrition and hunger, which in part involves connecting with schools. The group put together healthy “snack packs” so kids from struggling families would have food for the weekends. The group also participated in an “Adopt a Single Mom” over the holidays.

“A single mom gets recommended, and we go out and we shop for them, wrap up gifts and deliver (them) as a surprise,” Stoker said. “Many times, they’re sacrificing what they need for themselves for their children to have gifts or clothes or thing that they need.”

The local league honored Stoker last year with the Mary Harriman Award, which recognizes a volunteer whose work emulates Junior League founder Mary Harriman’s “sense of social responsibility and her ability to motivate others” through volunteer work, according to the Association of Junior leagues International. Receiving the award was “a complete shock,” said Stoker, who has enjoyed her role.