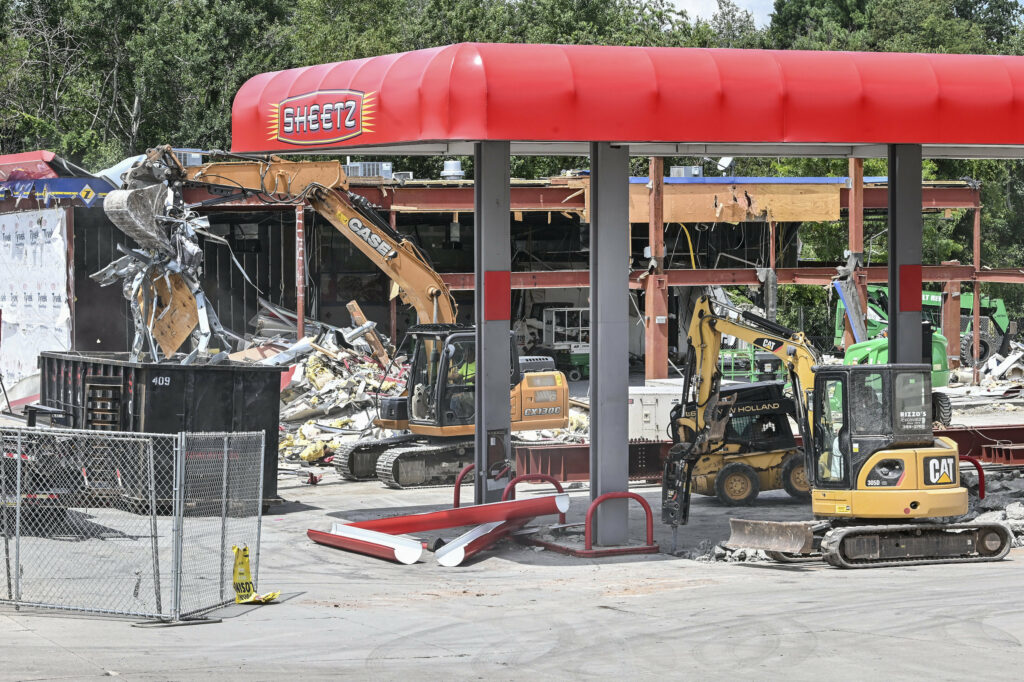 Hungry for an MTO? If you live in Dunmore, you’ll have to travel a little further for the time being.

Demolition crews removed parts of the building Tuesday with renovations set to finish in late September. The upgraded Sheetz will have dine-in seating for 30 people, and its liquor license will let it sell 192 fluid ounces of beer or 3,000 milliliters of wine in a single transaction.

In recent years, Sheetz has remodeled several existing locations, including its stores on the Memorial Highway in Kingston Twp. and on Route 315 in Plains Twp.