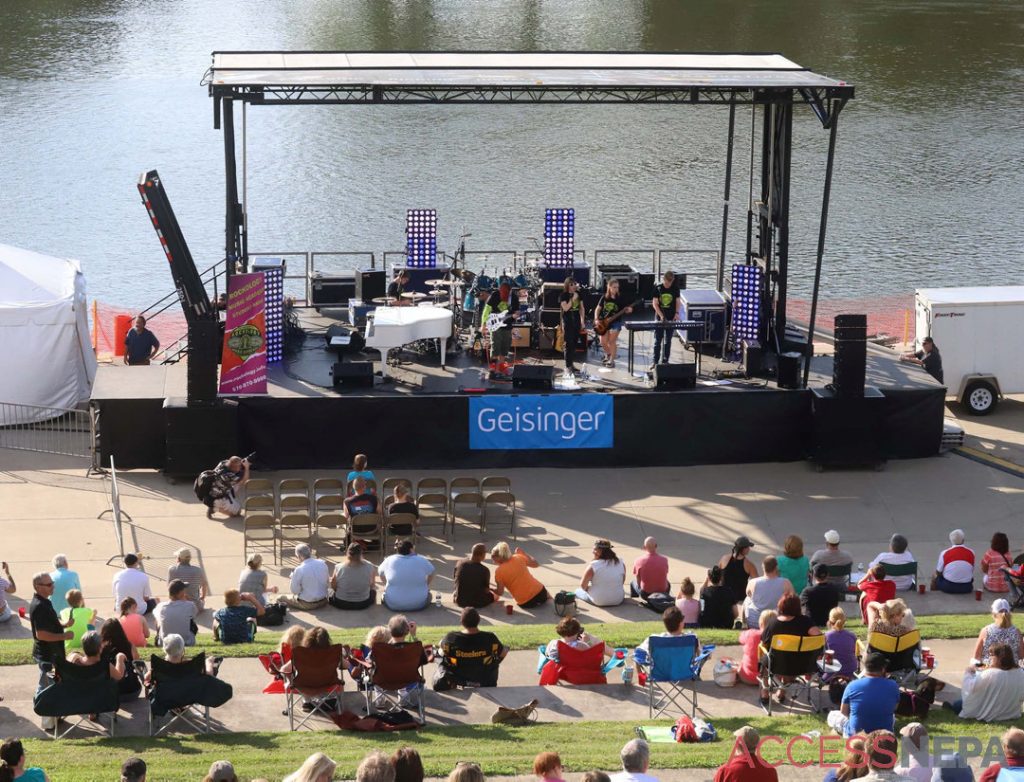 The Rockin’ the River free concert series scheduled for Friday nights in July has been postponed because of the coronavirus pandemic.

No new date has been set for the series of family friendly concerts, but officials hope to hold the concerts after Labor Day if conditions allow, according to Ted Wampole, executive director of Visit Luzerne County, the county’s tourism bureau.

Concert organizers are also exploring the idea of holding a series of virtual concerts, via the internet, during the summer, Wampole said.

Rockin’ the River debuted with three concerts last year, featuring cover bands and original music as well as food and drink vendors along the River Common in Wilkes-Barre. The concert series proved a great success, attracting thousands of people of all ages.

This year plans called for expanding the series to four concerts, on Friday evenings from July 10-31.

The Rockin’ the River Committee, which organizes the concert series, announced Thursday the concerts will be postponed for the sake of public health during the ongoing pandemic.

“This was not an easy decision, based on last year’s tremendous success, but one that needed to be made in the interest of promoting public safety,” the committee said, in a statement.

Organizers were also concerned about whether they could raise enough sponsorship for the series, since many businesses are struggling because of government-mandated closures and restrictions, Wampole said.

The committee is discussing options for the proposed online concerts and will announce details if and when plans are finalized, he said.

Also, the live concerts could be rescheduled to September or October if it would be safe to hold them by then, according to Wampole.

“We are hoping to potentially bring something back in the fall,” he said. “It depends on where things are by then.”

It is possible that both the summertime virtual concerts and the post-Labor Day live concerts will take place, Wampole said. However, public health and safety considerations will be the top priority, he said.

Wampole was openly emotional on Thursday about the postponement of the concert series. Earlier in the week he said he held out hope that Rockin’ the River could serve as the event that helped local residents go out and have fun again, following stay-at-home orders and self-quarantines caused by the pandemic.