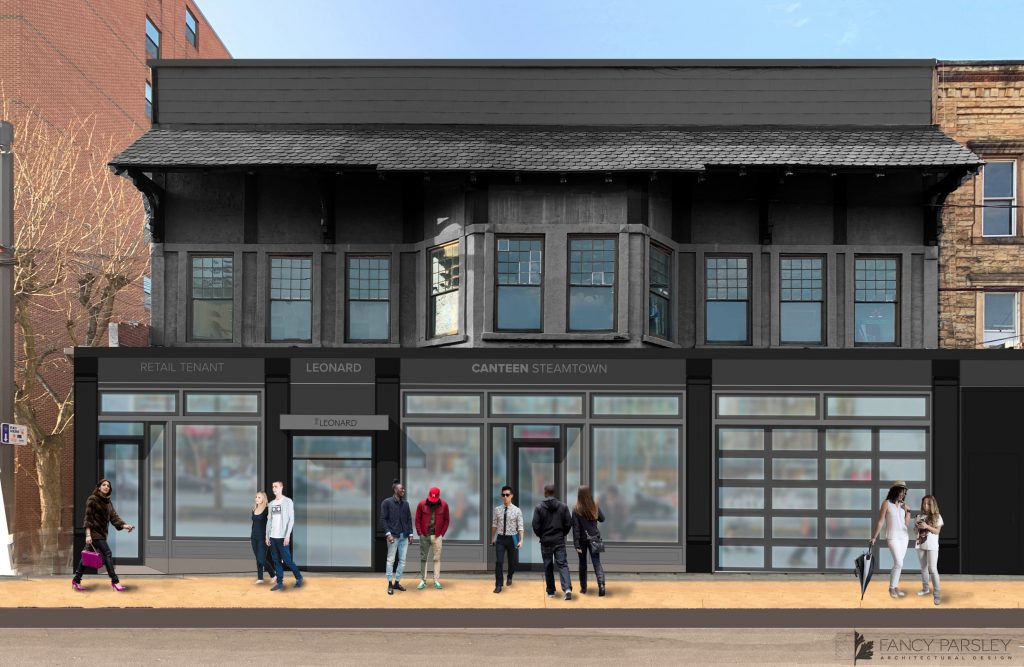 A popular Luzerne County restaurant’s Scranton migration is getting closer.

After losing its old location when the landlord spiked the rent, Canteen 900 announced earlier this year it would rise again as Canteen Steamtown in the former Leonard’s Hardware on Adams Avenue.

Canteen co-owner Abby Billek-Singh said she’d be open by fall. However, renovations at the new site, which is also home to the dormant Leonard Theater on the second floor, have yet to begin. Project plans have been finalized, and last week builders were waiting on final construction permits.

Canteen is one of two ongoing high-profile projects on the 300 block of Adams, both led by developer Charles Jefferson.

He owns the Leonard building, and has plans to put shops and apartments in what is now Scranton Counseling Center.

Jefferson, whose companies own Montage Mountain and high-end apartments downtown, won a $2 million state Redevelopment Assistance Capital Program grant to relocate Scranton Counseling to a former button factory in South Scranton. He has plans for apartments and retail space, a successful model he’s employed at his other properties, in the Adams Avenue space.

He expects to begin renovations at the button factory before the year is up.

“We’re on the 5-yard line. We continue to push,” Jefferson said.

Canteen’s departure from the hip 900 Rutter building in Forty Fort sent ripples through the region. The place was notorious for its colorful decor, trendy menu with lots of fresh ingredients and made-to-order juices. An enormous chandelier from the now-demolished Sterling Hotel famously hung in the airy dining room.

Another restaurant called the Canning House moved into the space as Canteen departed.

In the meantime, Abby Billek-Singh and her husband, Bhanu Singh, focused on their other eatery, Canteen Park, which is near Kirby Park on Market Street in Kingston.

Bhanu Singh hesitated to say just when they’d begin work inside the Leonard.

Architectural plans are finished, and the Singhs were waiting on permits and lining up a contractor.

“We are just getting ready to move on to the construction phase,” he said. “We don’t want to rush into things. We want to build this right the first time.”