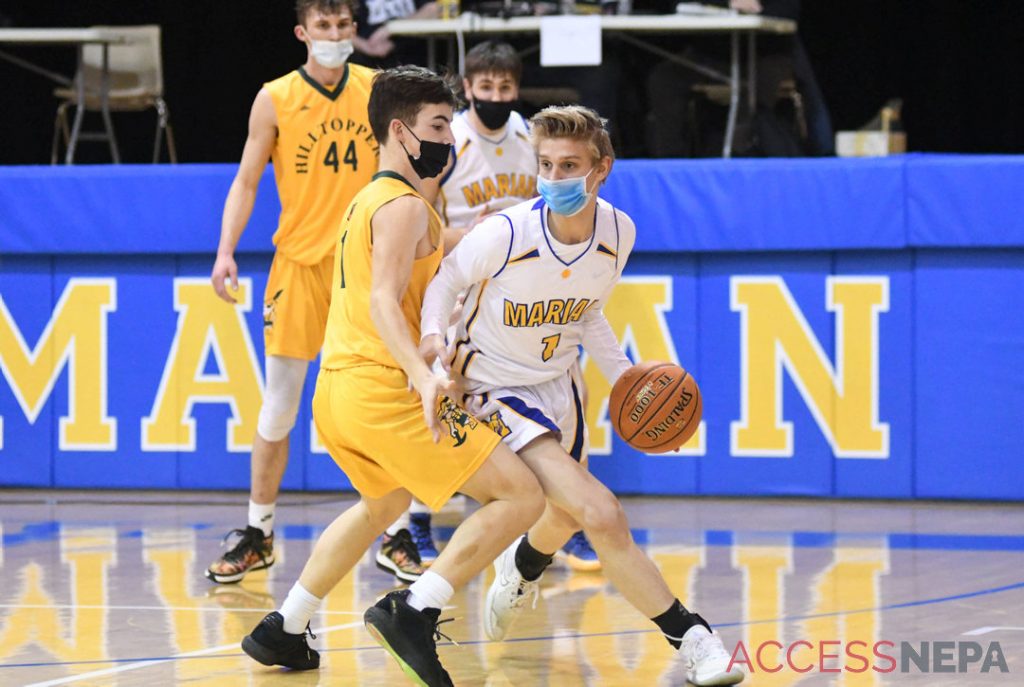 The Pennsylvania Interscholastic Athletic Association took a step toward avoiding confusion when it comes to mask-wearing during the state playoffs.

At a Zoom meeting Wednesday, the state’s governing body for scholastic sports ruled that schools must fill out a competition form that lists team members who fall under an exemption that wearing a mask is not required because of a medical condition.

The form is mandatory for interdistrict competition, but will be up to each individual district to decide if they want to use it for their respective district tournaments.

Individuals listed on the form, which must be submitted to the game manager upon a team’s arrival at a site, will be be the only ones allowed to compete without wearing a mask. Players not on the list will be required to wear a face covering over the mouth and nose.

The universal mask mandate is not a PIAA rule, but one set forth by the secretary of the Pennsylvania Department of Health.

“We are going to make sure everyone is in compliance and playing by the rules.”

Issues of masks not being worn properly will be dealt with by game managers on site, Lombardi said. Following the completion of the competition, a report could be filed with the PIAA office, and a warning will be given if the team violating the rules advances.

“If School A plays School B in the first round and the officials have gone to the head coach (of a team not properly wearing a mask) and he does not address it, the officials at the half can go to the game manager,” Lombardi said. “If the game manager goes to the coach and gets blown off, we would be contacting them if we get a report. We would say here are the provisions and here is what is agreed to.”

Penalties are not likely to be enforced during competition, Lombardi said.

“We could take a team in front of its district committee and take actions,” Lombardi said. “It could go as deep as sanctioning suspension of championship rights for the following year.”

Any athlete or team choosing not to participate against an opponent will be required to forfeit that contest. In wrestling, a forfeit will eliminate that athlete from further competition in that tournament. It’s also a way for schools to communicate with one another in regard to who has the exceptions, and indicates the student-athletes were screened prior to the competition. By turning it in upon a team’s arrival at a playing site, it provides the most up-to-date information.

The PIAA also approved a travel party of 25 individuals for a basketball team during the postseason. That number includes players, coaches, athletic trainers and personnel deemed essential, but not to exceed 25.

The PIAA finalized dates for team and individual championship at Wednesday’s meeting.

The team wrestling championships will have its first round March 22, quarterfinals March 24. The semifinals and finals will be held March 27 at Cumberland Valley High School.

The first day for spring sports teams to begin practice will be March 8. However, the number of mandatory practices will be cut from 15 to 10 to continue to be allowed for the first play date of March 26.

Teams must have five practices completed before a scrimmage can be held, and teams will still be limited to two scrimmages.