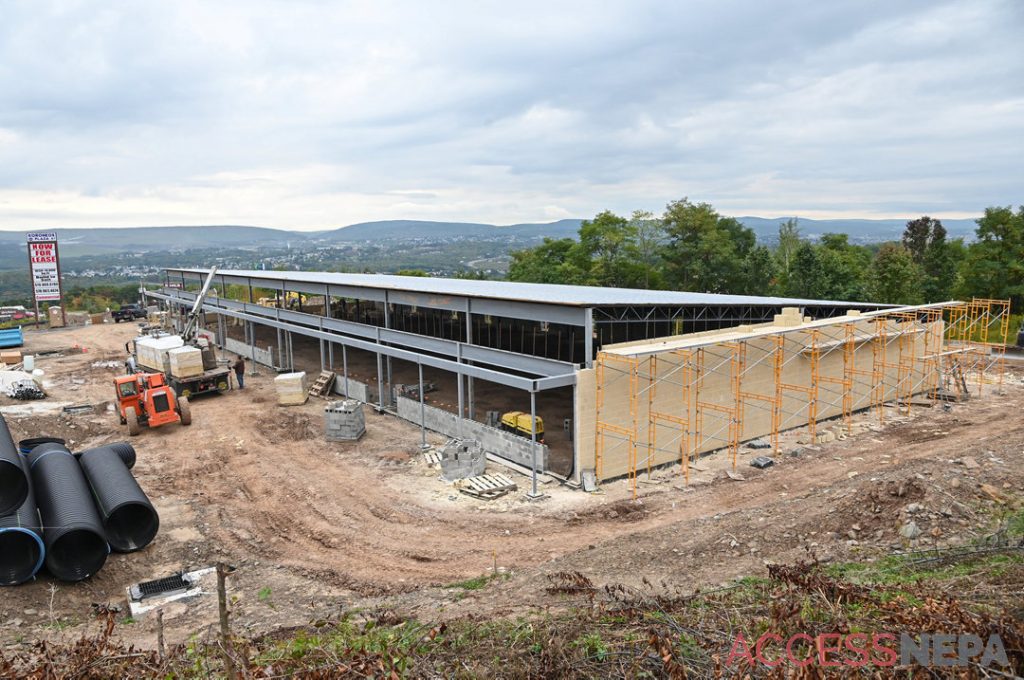 A new plaza featuring at least one national-chain restaurant and an eyeglasses store is under construction in Dickson City.

Local developer Steve Koroneos said construction of SKM Koroneos Plaza 7, 1945 Commerce Blvd., began four months ago and is expected to be completed by the end of the year.

Koroneos said the restaurant, which he declined to identify, and the eyeglasses shop are among nine retailers planned for the plaza. He is seeking tenants to fill the other 1,650- to 14,000-square-foot units on Commerce Boulevard.

Dickson City Borough Manager Cesare “Ches” Forconi said the land was originally purchased by Friendly’s about 20 years ago. The restaurant applied for a subdivision permit to construct a building but decided not to move forward with the project, Forconi said.

Koroneos purchased the property from Friendly’s Restaurants LLC in July 2015 for $336,000, according to a deed filed in Lackawanna County.

Forconi is happy to see development in an area that has been vacant for many years. He said Koroneos submitted his plans to the borough in July 2019 and also starting cleaning the area last year.

“It’s certainly a positive thing,” Forconi said. “Mr. Koroneos has several other developments in the borough and is a large taxpayer. I wish him much success.”