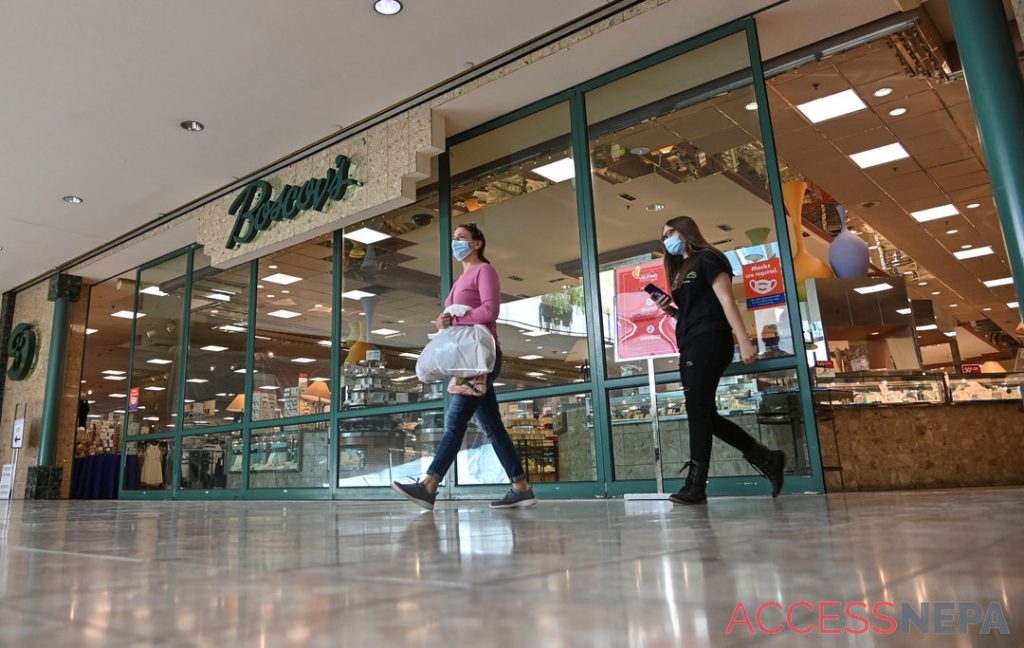 “But from what I’m hearing on the radio and TV, they’re saying that you should start earlier this year, while they have the stuff, because then after, they may not be able to get it again,” Cimino, 78, said Sunday while browsing Boscov’s at the Marketplace at Steamtown.

Like it has with almost every other facet of American life, the COVID-19 pandemic is likely to change the way retailers and shoppers alike approach the holiday shopping season. Citing analysts and experts, the Associated Press reported this summer that many major retailers are likely to move more business online and start holiday sales earlier this year to stretch out crowds.

Ron Friedman — a partner with the New York-based accounting and advisory firm Marcum and a co-leader in the firm’s national retail and consumer products industry group — said retailers are also likely to face supply-side challenges as a result of the public health crisis that may make it difficult to keep shelves stocked. He doesn’t expect stores selling apparel, consumer electronics, toys and other holiday-season top sellers to sit on inventory.

Cimino, who spent Sunday shopping with her partner, Jerry Auriemma, 73, said she had already begun buying holiday gifts for her grandchildren. She hopes to avoid the often massive crowds of shoppers that malls and other retailers attract in the weeks leading up to the holidays.

“I’d rather avoid those crowds if I could,” she said.

Friedman expects many consumers to start their Christmas, Hanukkah and other holiday shopping earlier this year, both because they’re “so tired of being at home” and because COVID-19 and related safety measures are likely to disrupt traditional Halloween plans for many Americans.

“I think that we’re going to lose that holiday, which … is going to encourage people to get in the spirit of the (winter) holidays,” he said.

Amber George, 32, donned a Halloween-themed mask as she and Matt Hedges, 26, scanned an assortment of inflatable ghosts, pumpkins, tombstones and other decorations on sale at Boscov’s. The Binghamton, New York, couple is in no hurry to start their Christmas shopping, which they usually begin in November.

“Just two weeks ago we were actually talking about (how) all the big stores in Binghamton have more Christmas decorations than any Halloween decorations,” Hedges said.

Early holiday-season sales and discounts are unlikely to rob George’s focus from Halloween, which she said she loves.

“I like to keep the holidays separate,” George said. “So to me it’s: You finish one, you start the next.”