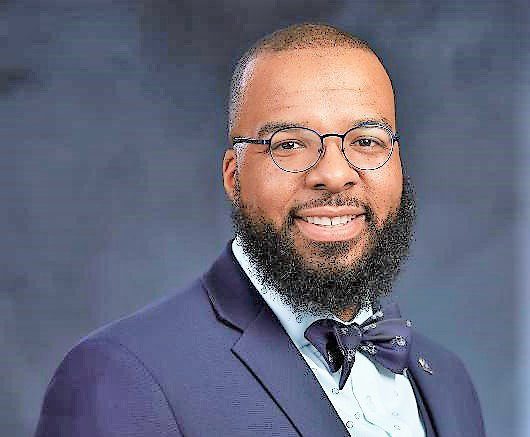 A man who went from being a convicted drug dealer and prisoner to secretary of Pennsylvania’s Board of Pardons in less than a decade will be the keynote speaker at the NAACP Wilkes-Barre chapter’s Freedom Fund Banquet in October.

Brandon J. Flood will headline the group’s annual fundraiser, which also provides a venue to honor those who promote diversity, community service, equality and justice.

Flood, 37, first got in trouble with the law as a youth after he and some friends started selling marijuana to make some quick cash and, within a few years, he graduated to selling crack cocaine, according to published reports.

He spent eight years in state prisons after separate arrests for dealing drugs and possession of an unregistered handgun at age 22. But while in prison, he turned around his life.

After he was freed from prison nine years ago, Flood applied to work for the Pennsylvania House of Representatives, where he was hired and served in numerous professional capacities, including as executive director of the Pennsylvania Legislative Black Caucus.

Following his tenure with the House, Flood went on to serve as legislative director for the Service Employees International Union State Council, and as the policy reporting specialist for the Pennsylvania Department of General Services’ Bureau of Diversity, Inclusion and Small Business Opportunities.

Lt. Gov. John Fetterman, who serves as chairman of the Board of Pardons, appointed Flood to the role of board secretary, making him the chief administrator for executive clemency in the state.

“His compelling story is the reason why the branch feels fortunate to have him for that evening,” the NAACP said in a news release.

The banquet is scheduled for Oct. 25 at Best Western Genetti Plus Hotel and Conference Center in Wilkes-Barre.

Networking begins at 6:30 p.m. and dinner starts at 7 p.m. Entertainment by Moodswing.

The cost is $45 for members and $50 for nonmembers. Tickets for the event are available from the NAACP Wilkes-Barre Branch. RSVPs for single tickets are due Sept. 30. RSVPs for reserved tables are due Oct. 10.