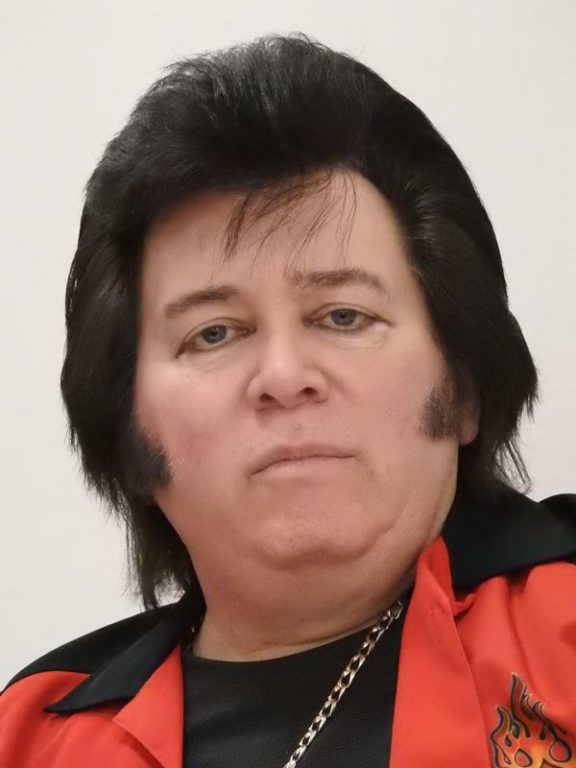 A performer who bills himself as the son of the King of Rock ’n’ Roll will perform a benefit concert Sunday at the Hazleton Area High School auditorium.

Elvis Aaron Presley Jr. will take the stage at 5 p.m. in a show he calls “The Sounds of Elvis Presley — The Legend Lives On, A Tribute to My Father.”

“This is the third year that I’ve held a benefit,” she said.

Typically, she raises funds for the Ronald McDonald House — and she will again through the Presley Jr. performance Friday at the Danville Middle School. But proceeds from Sunday’s show, and one Saturday in Allentown, will benefit area American Legions.

Horton said the entertainer is not an impersonator. He sings Elvis Presley songs plus a few of his own.

“If you close your eyes, you will think that you are there with Elvis,” she said.

On his website, Presley Jr. claims that he is the illegitimate child of Presley and Delores Pettyjohn, who was an extra in the film “Blue Hawaii.” Fearing that a baby would damage Elvis’ career, his manager recommended that the child be put up for adoption.

Presley Jr. claims that he was adopted by a Yugoslavian couple who was traveling with the Ringling Brothers Circus. He grew up as Philip Stanec and when he turned 21, his adoptive parents told him about his biological parents.

In 1985, he legally changed his name to Elvis Aaron Presley Jr.