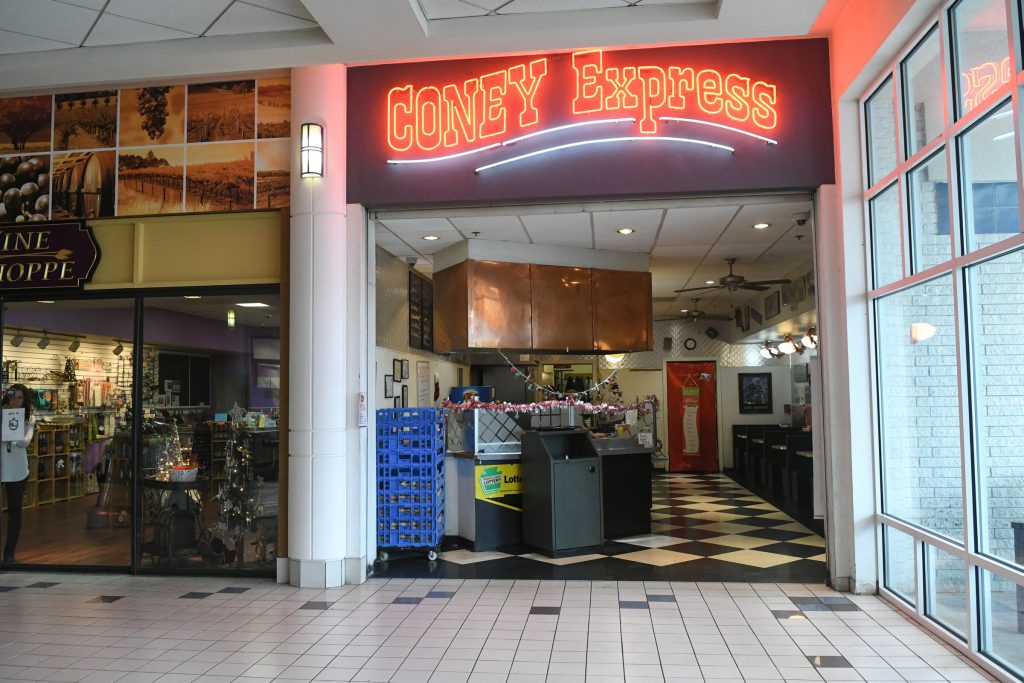 Coney Express to close this month

POTTSVILLE — One of the oldest businesses in the Fairlane Village mall is closing later this month.

Palles said he and his wife, Diane, plan to retire this year and decided not to renew the food store’s lease.

“The business is fine, but it was just time,” Randy Palles said.

A white board behind the restaurant’s counter informs customers about the closing.

“After 43 years of business The Coney Express will be closing its doors on January 25th,” it reads. “We would like to thank everyone for their support over the years.”

The notice is signed by Randy and Diane Palles.

Randy Palles, a Pottsville native, opened Coney Express in 1976, two years after the mall opened in 1974. He met his wife when she started working at the stand in 1977, marrying in 1979. The couple has resided in Cincinnati, Ohio, since 1998, with Coney Express the last of their restaurant businesses. The popular restaurant sells hot dogs, burgers, french fries and pierogies.

He said the couple is “in a position to retire,” and figured now was the time. But Randy Palles said it won’t be easy to close.

The restaurant is one of 18 establishments in the mall located off Route 61. It has six booths, with photos of Marilyn Monroe and The Beatles adorning the walls.

Palles said the couple doesn’t have any immediate retirement plans, only to “take one thing at a time.”

The hardest part of closing was informing the stand’s employees, Randy Palles said. Coney Express employs between five and six people, most of which work there part-time. They were informed about the closure Sunday.

“I have great employees,” Randy Palles said, adding business has been consistent at the stand. 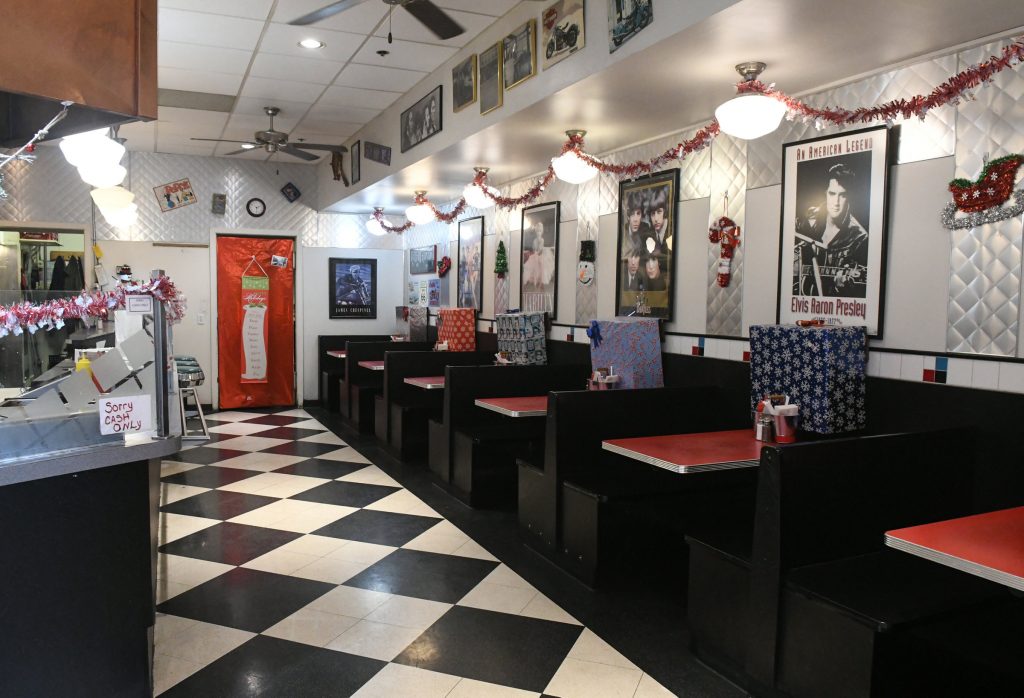 Among them is manager Tammy Strausser, Pottsville, and Pottsville Area High School student Alexis Pauly, 16. They were working behind the counter Thursday afternoon.

Strausser, who has managed Coney Express for a year, said the restaurant’s closing was “heartbreaking.”

“It’s a shame as it’s been around so long,” she said, preparing food behind the counter.

“I have to find another job,” the high school junior said.

Randy Palles said the mall has “had its ups and downs” over the years, but feels confident in its new owner, Lexington Realty International, Lakewood, New Jersey. The commercial real estate firm took over management of the mall on May 1, 2019.

About 11 customers were at the restaurant for lunch Thursday afternoon. They expressed disappointment about Coney Express’ closure.

The Regis Salon employee said she comes for lunch at the restaurant every day. Meghan Hall, Schuylkill Haven, stopped by for lunch from her job as the student support coordinator at Empire Beauty School across from the mall.

“I think it’s a shame,” she said of the restaurant’s impending closing. “The food’s always good and there’s good prices.”

While not a frequent customer, Carol Rydzy, Ashland, said it was “sad to see the restaurant closing,” while eating a hot dog with mustard and a soda.

Strausser said the customers are the ones she will miss the most. The restaurant has a few regulars, including Gavin Stine, 6, whom the staff calls the “little Coney boy.”

“He comes in once a week and orders a plain cheeseburger,” she said.