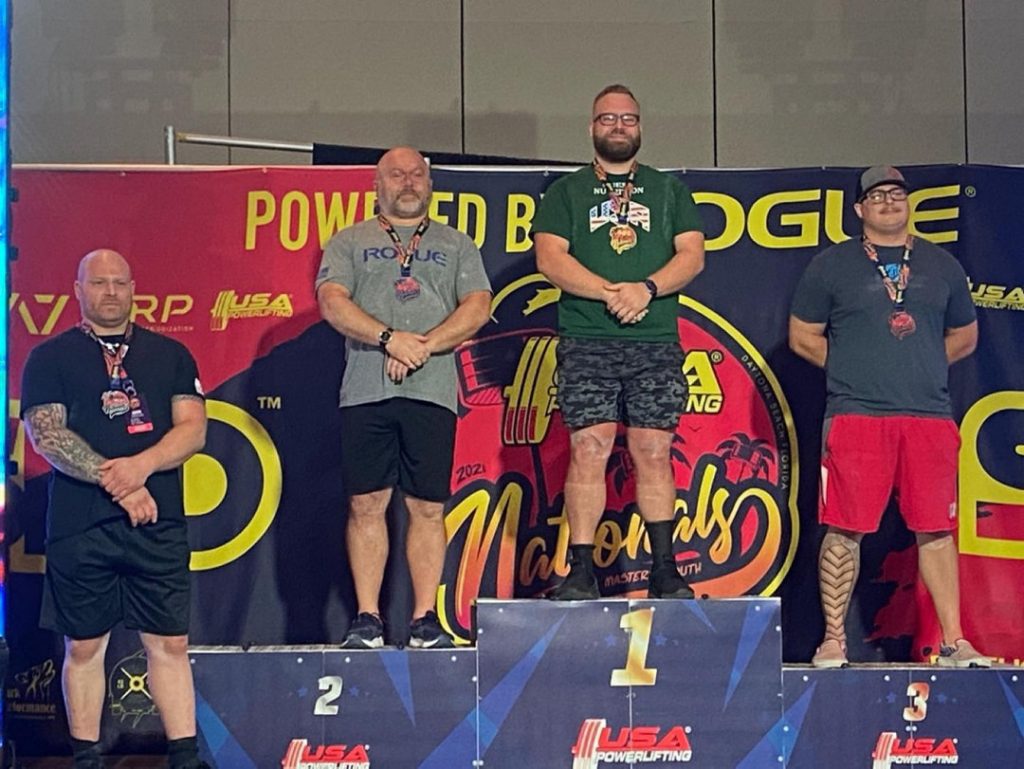 Steve Mann had a triumphant return to powerlifting.

The Clarks Summit resident finished second in the Men’s Equipped Open Division for the 120 kilogram division with a three-lift total of 950 kilograms (2,094 pounds) Saturday at the USA Powerlifting National Championships in Daytona Beach, Florida.

Scott Dobbins, of Texas, won the national championship with a total of 1,044 kilograms (2,302 pounds).

“It was really good to just get back on the platform this year after a lot of turmoil,” Mann, 45, said. “Just getting through this meet healthy and getting some decent numbers it’s good to build on what I started today.”

Mann last competed in all three lifts in 2015 when he won the national championship and set an American record in the squat. Since, he has battled setbacks with injuries to his hip and lower back. He focused on losing weight and conditioning in the months leading up to this competition.

“My hip was an issue back in 2014 and I had four bulging discs in 2017 that prevented me from lifting,” Mann said. “I moved into doing more yoga and getting a lot more fit. The hip pain has gone to the wayside and with some weight loss and being able to move better, and becoming more active, I feel better. The last nine months, I have been able to get healthier and get through the arthritic pain that set me back.”

There is the potential for Mann to receive a bid to the World Championships in the Masters Division. He only competed in the Open Division at the championships, however, his 950 kilogram total far exceeded the total of Barron Henderson, who won the Men’s Equipped Masters I (40-49) in the 120 kilogram class with a three-lift total of 795 pounds.

Earlier in the week at the championships, Clarks Summit’s Claude Welcome, 69, won the national championship in the bench press. He earned an invite to the world championships with a winning press of 303 pounds. He won the Master IV (70-79 years old) division in the 205-pound weight class.

Two other powerlifters, both from Abington Heights High School, won national championships. Bodie LaCoe set an American record for his total lift of 480 kilograms (1,058 pounds) in the Men’s Raw High School V Division in the 53-kilogram weight class and Christian Lezinski won the Men’s Raw Teen II (16-17-year old) Division at 120 kilograms with a three-lift total of 597.5 kilograms (1,317 pounds) at the USA Powerlifting High School and Teen Championships in Colorado.