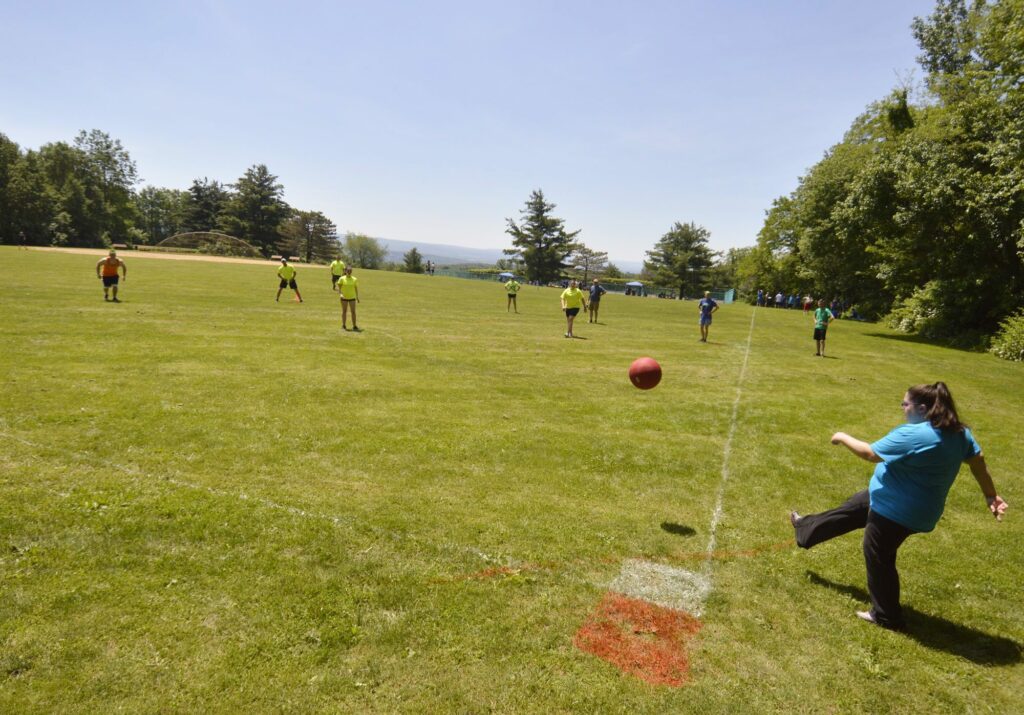 Teams can consist of 8 to 10 players. Players must be 8 to 15 years old with only three players between the ages of 13 and 15 and three between 10 and 12 years old per team. The event is coed and the cost is $100 per team. Players must sign a waiver prior to playing. The first place team receives a trophy.

“We decided to have a kickball tournament because we thought it was a creative way to bring the community and church together as well as help raise money for church needs,” said event organizer, Fred Hawkins. “Candace McColligan and I came up with the idea and are organizing the tournament along with our church family in hopes of creating a fun and successful fundraising event.”

Food and drinks will be available for purchase from the church.

“We believe this event is important to not only raise money for needs of the church, but to grow as a church family,” said Hawkins. “It is to gather as a community and to promote some friendly competition, too. Come one and come all. … Who will claim the first annual kickball tournament bragging rights?”

Money raised will be used for church projects and needs.