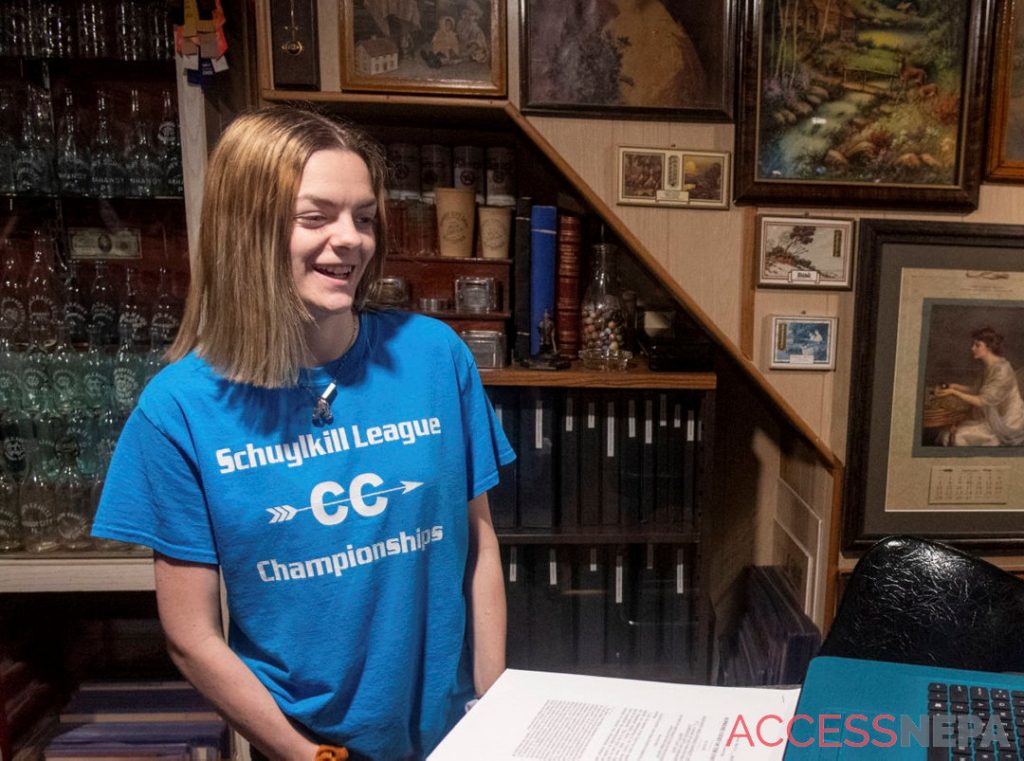 ACLU T-shirts based on Supreme Court win for Schuylkill student

MAHANOY CITY — A new T-shirt that celebrates Brandi Levy’s win in the U.S. Supreme Court case protecting her free speech rights when not on school time and property is becoming a best-seller.

The shirt began with a pre-order run of 500 and in only a few days, the sales volume has required a second production run of 500. The shirt has a four-letter expletive that Brandi used on a Snapchat post that led to the First Amendment case getting to the highest court in the land.

In 2017, 14-year-old Brandi was suspended for one year from the Mahanoy Area School District junior varsity cheerleading squad after comments she made during non-school time and not on district property venting her frustrations in a photo with four-letter expletives: “F___ school f___ softball f___ cheer f___ everything” in a photo that included a classmate, each with raised middle fingers.

Her parents, Larry and Betty Lou Levy, of Mahanoy City, took the school district to court, which sided with the Levys. The school district appealed the decision, and after similar losses in appeals to higher courts, the final step was the Supreme Court, which heard arguments on May 28 and announced its decision on June 23 supporting the First Amendment right of free speech of students.

The American Civil Liberties Union-Pennsylvania is producing and selling the short sleeve shirt on its website. The “FEverything Tee” is being sold as a preorder and will be shipped beginning July 12. The “F-word” is spelled out. The shirt cost is $40, plus standard shipping of $6.95.

“What I would recommend is that they don’t wear them to school,” Larry Levy said after seeing the shirts on the ACLU website.

The description of the 100% organic cotton shirt states:

“In America, students do not lose their constitutional rights ‘at the schoolhouse gate.’ Unfortunately, schools continue to demonstrate a disturbing willingness to abridge students’ rights.”

The description also included, “While you probably shouldn’t wear this to school, thanks to our victory, the government definitely can’t punish you for posting it to your Snapchat.”

Larry Levy said that other than giving permission to use Brandi’s words, the Levys had no other input into the project.

“We talked about this (with the ACLU) about a month ago and we were asked if we had any objections to it, and we didn’t,” he said. “They actually spearheaded the design.”

The head of the ACLU’s store, Kia Hampson, spoke about the process in getting the shirt from idea to production.

“The shirt came to be because we wanted to celebrate the moment,” Hampson said. “The shirts went on sale the day of the decision.”

Hampson said the ACLU was in contact with Brandi and parents about the idea and received her permission to produce the shirt. Proceeds go to funding the organization for its legal defense work.

“It’s one of our top sellers this year so far,” Hampson said.