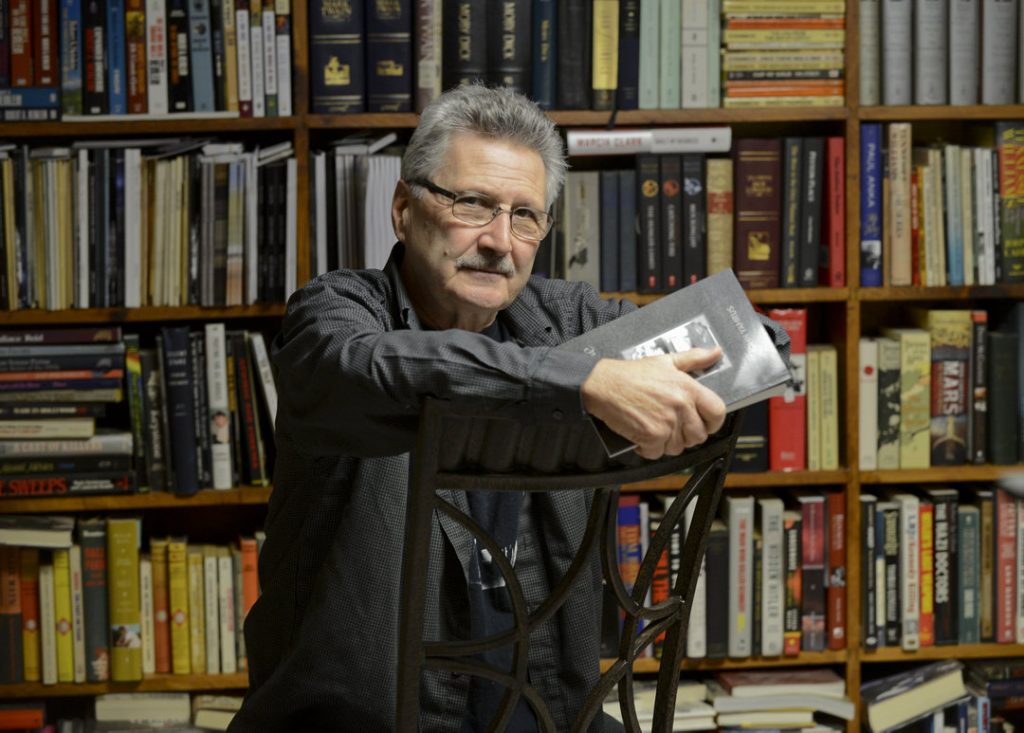 Tales of beloved pets from the past

Classic vignettes about growing up in a Valley coal town in the 1950s and 60s pepper the early pages of John Yamrus’ latest book. In rapid-fire, lower case style, he writes about his father “a tough coal miner” … “dead before I was 14”…”they called it black lung.” And about his hometown, which, though not named in his books, is Swoyersville, “there were bars on every corner of the town for good reason. churches, too.”

But unlike the two previous books reviewed here — “Memory Lane” and “RMA (Remember Me Always”) — his latest isn’t about his childhood in Swoyersville. “Five Dogs,” is about the dogs he and his wife Kathy have shared their lives with.

Swoyersville is a jumping off point into the story of the five dogs. When he was a little boy, 5 or so, his father brought home a burlap bag of puppies. As best he can remember it, the puppies were in the basement for one night. His vivid description of the basement is nostalgia-inducing for Baby Boomers, (he’s 70), “I remember the damp, dusty, musty smell of the basement that never went away. it stays with me still. like old wet books.”

He can’t remember what happened to the puppies. Those pups and his grandmother’s dog — she lived across the street — were his only connection to dogs as a kid.

“And then fast forward 30 or more years and there’s Mika,” he writes. 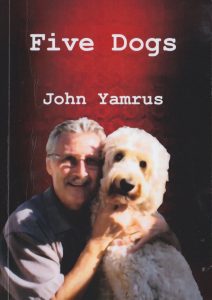 Mika was the first dog he and his wife, Kathy, brought into their lives. He met her, Kathy Jaken then, in Swoyersville, the best friend of his best friend’s sister. She was a Valley West student, he was at Central Catholic. They’ve been married 44 years.

They moved to the Reading area, where he had a job offer. They bought Mika from an Amish farmer. Little details about their trip to buy the dog hit home, “it was summer or early spring and there were clothes hanging on a line outside.” A gravel driveway led to the house “i can still hear the sound the tires made rolling over the stone.” He describes the Amish woman with a line from Tolstoy: “her teeth were long and her eyes were black.”

When it was time for another dog, they went to a different Amish breeder and came home with two — Phoebe and Ito.

In the first section of the book, an introduction of sorts, is the line “it’s about dying too early and living too long.” Dog four, Abby, does this in the poignant chapter about the end of her life.

The book ends with the story of a poem about an abused dog, not one of his own, who winds up on the Oprah Winfrey show. No spoilers here but the title of the poem is “and of all the sick, perverted.”

As well as his slim volumes about his youth and the latest book about his dogs, Yamrus has written and published more than 2,000 poems in 25 volumes.

Today Yamrus and Kathy, married 44 years, live in the Reading area. He went through a series of day jobs. “I’ve done pretty much everything from working in the old Faith Shoe factory in Wilkes-Barre, to selling encyclopedias door-to-door, to a host of other jobs, none of which I was good at and none of which I liked.”

Eventually he followed his heart as a full time writer. “every morning when i get up, i let the dog out, put the coffee on and come down here and write and most of it’s lousy and gets thrown out, but the routine keeps me focused and at least i’m sitting in front of the keyboard in case i think of anything even halfway good. that’s always been the hardest thing for me to get aspiring writers to understand or appreciate … waiting on inspiration is for amateurs … pros do the job every day and chase inspiration down.”