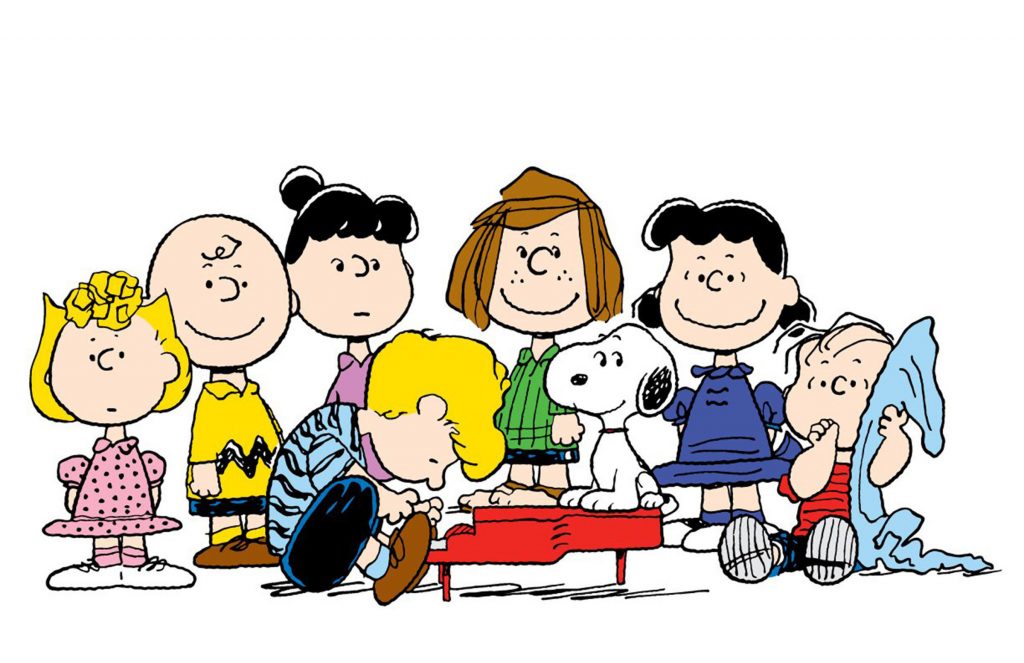 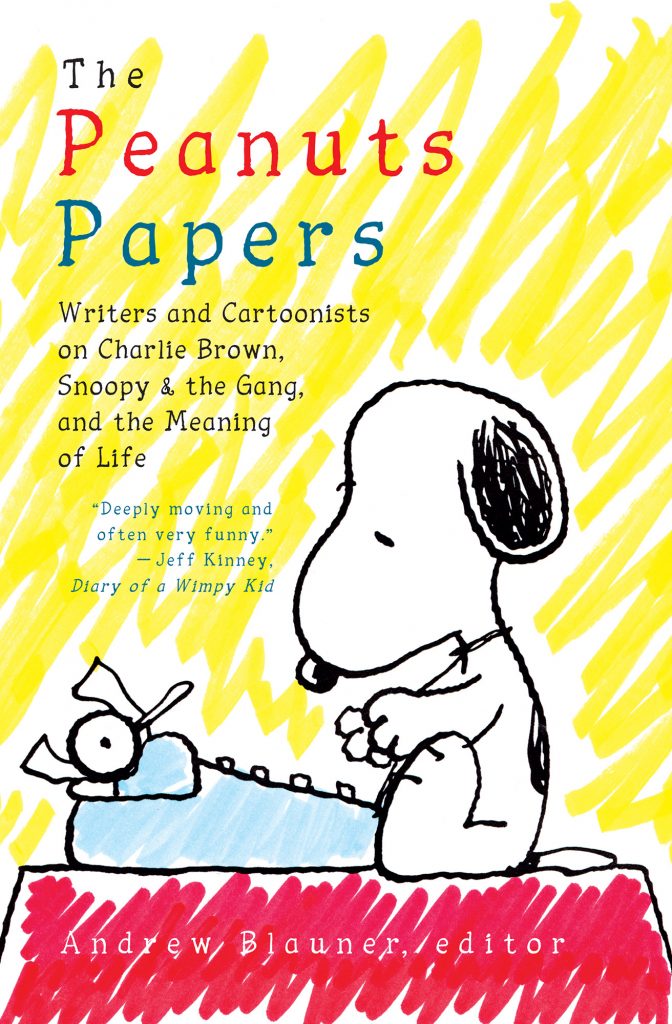 Why is Snoopy on the cover of “The Peanuts Papers”?

Although the world’s most famous beagle eventually supplanted Charlie Brown in popularity, the latter was the star when the comic strip debuted in 1950, and he remained at the center of its themes of ennui and unrequited love (as indicated by his top billing in the subtitle: “Writers and Cartoonists on Charlie Brown, Snoopy & the Gang, and the Meaning of Life”). But since the book features essays about “Peanuts” from numerous Writers-With-a-Capital-W, a cover with Snoopy pecking away on a manual typewriter does make sense.

Some of the best pieces come from cartoonists acknowledging their debt to Charles M. Schulz, who preferred to be called “Sparky,” the nickname he earned as a child in St. Paul. Two pieces take the form of comic strips: Janice Shapiro’s “Good Grief” illustrates how the “Peanuts” kids’ adult-sized worries helped her understand her own childhood neuroses. Leslie Stein’s “Bar Nuts” reveals that during a career as a bartender, she discovered “What’s your favorite ‘Peanuts’ character?” was both a great conversation starter and a test for potential boyfriends: When one prepares to buy her a “Peanuts” figurine, she resolves, “If he gets Lucy, we’re through.”

Chris Ware, whose “Jimmy Corrigan, the Smartest Kid on Earth” is about a child not unlike Charlie Brown, asserts that “all cartoonists — especially those of us who have attempted ‘graphic novels’ — owe Schulz, well, everything.”

Ware is particularly smart on Schulz’s mastery of comic timing, and he tells a sweet story about, as a child, reading one of the Valentine’s Day strips in which Charlie Brown was left valentine-less. Ware, who immediately sent Charlie Brown a valentine, now muses, “What kind of artist, through his simple newsprint drawings, could break the heart of a child like that?”

Like Ware, many of the writers share memories of discovering — and feeling understood by — “Peanuts.” George Saunders recalls spotting a photo of Schulz and wondering, “How could this man, who looked like one of my father’s friends, know so much about the very private and alternately depressed and euphoric nine-year-old me?” On the other end of the spectrum, Jonathan Franzen’s “Two Ponies,” by far the longest piece in the collection, tells us virtually nothing about either its author or “Peanuts.”

Certain themes recur in “The Peanuts Papers”: Schulz’s insistence on drawing every frame, the idea that every “Peanuts” character loves someone who does not return their affection, comparisons of Sparky’s quiet brand of existentialism to the plays of Samuel Beckett (“Waiting for Godot”). But the key takeaway is how many young people became writers because of Schulz.

One of them is Ann Patchett, who crafts the book’s finest piece, insisting that her time at the Iowa Writers’ Workshop was nowhere near as valuable as her early exposure to Snoopy’s attempts to write the great American novel. Patchett has gone on to craft bestsellers such as “Bel Canto” and “Commonwealth,” and in her “To the Doghouse,” she claims she learned everything she needed to know about writing, rejection and the publishing industry (as well as how to love dogs) from Schulz.

Patchett has put that knowledge to use by opening her own bookstore, in Nashville. It’s called Parnassus Books, and Patchett often can be found there, hanging out with her beloved dog.

His name is Sparky.