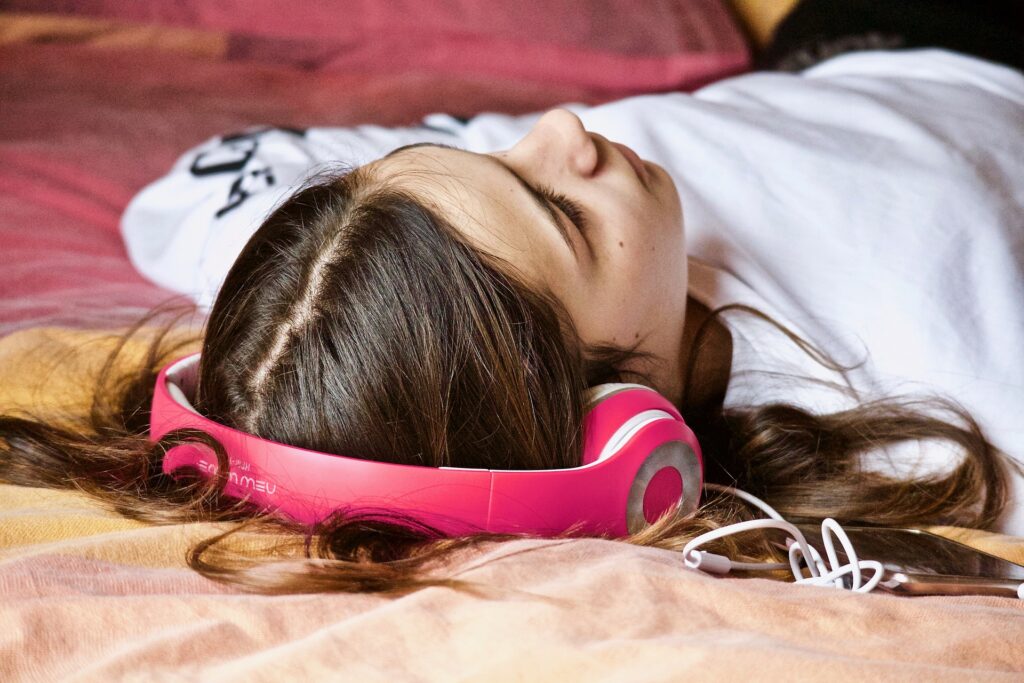 These are the new audio books available at the Taylor Community Library, 710 S. Main St. Reach them at 570-562-1234 or lclshome.org/b/taylor-community-library.

“The Overdue Life of Amy Byler” by Kelly Harms

Overworked and underappreciated, single mom Amy Byler needs a break. So when the guilt-ridden husband who abandoned her shows up and offers to take care of their kids for the summer, she accepts his offer and escapes rural Pennsylvania for New York City. Usually grounded and mild mannered, Amy finally lets her hair down in the city that never sleeps. She discovers a life filled with culture, sophistication, and a few blind dates. When one man in particular makes quick work of Amy’s heart, she risks losing herself completely in the unexpected escape, and as the summer comes to an end, Amy realizes too late that she must make an impossible decision, stay in this exciting new chapter of her life, or return to the life she left behind. Before she can choose, a crisis forces the two worlds together, and Amy must stare down a future where she could lose both sides of herself, and every dream she’s ever nurtured, in the beat of a heart.

There are people in Edgewater, Oregon, who think that 20 years ago, Rachel Gaston got away with murder. Rachel still has no idea how a foolish teenage game turned deadly or who replaced her soft pellet air gun with a real weapon. When a figure leapt out at her from the darkness, she fired without thinking. Too late, she recognized her half-brother, Luke, and saw blood blooming around his chest.

Despite counseling, Rachel’s horrifying dreams about that night continue. Her anxiety contributed to her divorce from Detective Cade Ryder, though he blames himself too. Now as Rachel’s high school reunion nears, she feels her imagination playing tricks, convincing her that objects in her house have moved. That there’s a hint of unfamiliar cologne in the air. That someone is tailing her car. Watching her home.

She’s right to be scared. As connections surface between a new string of murders and Luke’s death, Rachel realizes there’s no escaping the past, and the truth may be darker than her worst fears.

The peaceful town of Painters Mill is shattered when an Amish grandmother is brutally murdered on an abandoned farm. When Chief of Police Kate Burkholder arrives on the scene, she learns that the woman’s seven-year-old granddaughter is gone, abducted in plain sight. Kate knows time is against her, the longer the girl is missing, the less likely her safe return becomes. The girl’s family is a pillar of the Amish community, well-respected by all. Kate soon realizes they’re keeping secrets and the sins of their past may be coming back to haunt them. What are they hiding and why? Kate’s investigation brings her to an isolated Old Order Amish settlement along the river, a community where family is everything and tradition is upheld with an iron fist. The killer is close behind, drawing more victims into a twisted game of revenge. Left behind at each new crime scene are cryptic notes that lead Kate to a haunting and tragic secret. What she uncovers threatens to change everything she thought she knew about the family she’s fighting for, the Amish community as a whole and her own beliefs. As time to find the missing girl runs out, Kate faces a harrowing choice that will test her convictions and leave one family forever changed.

A journalist shows up on Eve Duncan’s doorstep with a plea for help. Jill Cassidy has just come from a small African village with a heart wrenching story, half the villagers, many of them children, have been killed in a horrific attack by guerilla soldiers, the bodies burned beyond recognition. Now, the families desperately need Eve’s help to get closure and begin to heal. When Eve arrives in the remote jungle, she begins to suspect that Jill’s plea may have been a cover story for a more sinister plot. Isolated and unsure who she can trust, Eve finds herself stranded in an unstable country where violence threatens to break out again at any moment and with only her own instincts to rely on if she hopes to get home to her family alive

“Summer by the Tides” by Denise Hunter

When her grandmother goes missing from the family beach house, Maddy and her estranged sisters converge in Sea Haven, North Carolina. Being with uptight Nora and free-spirited Emma in the home where their family broke apart is a struggle Maddy is not in the mood to face, especially since she’s recovering from her ex-boyfriend’s betrayal. As the sisters wait for word of their grandmother, they begin to pack up the family belongings and unpack memories of the summers of their childhood. With those memories come long-buried secrets, and Maddy discovers that all was not as it appeared that last summer in Sea Haven. Meanwhile, Gram’s neighbor, Connor Sullivan, seems overly interested in Gram’s whereabouts. Maddy is drawn in by his quick smile and steady gaze in spite of herself. Undercurrents of jealousy and resentment threaten to pull the family under again, maybe for good this time. As tensions rise, the sisters must find a way to accept each other for the women they’ve become–and Maddy must decide if falling in love again is worth the potential heartbreak.

“The Summer Retreat” by Sheila Roberts

Celeste Jones has plans for a perfect summer with her boyfriend (and hopefully soon-to-be fiancé), until he dumps her to be with the woman he’s had on the side for months. Heartbroken and furious, Celeste resolves to move on. When the going gets tough, the tough…okay, the not-so-tough go to the beach.

As soon as school lets out for the summer, she waves goodbye to her first-graders, packs up her bikini and heads for Moonlight Harbor, where she knows her big sister, Jenna, will receive her with open arms. Jenna could probably use some help at the Driftwood Inn, and Celeste is happy to do chores around the place in exchange for a relaxing summer escape. She just needs something or someone, to distract her from her troubles. Finding The One can be tricky, and Jenna is determined to make sure Celeste gets it right this time around. Not that Jenna’s an expert. She’s still trying to sort out her own love life. If both sisters listen to their hearts, eventually they’re bound to discover that life, and love, is good at the beach.

Keely Green always dreamed of leaving the beautiful shores of Nantucket to become a writer. Now she’s a bestselling novelist living in New York City, attending glamorous cocktail parties and mingling with the literary elite. Keely is also dating a charming, perfectly fine pediatric surgeon who looks good on paper but isn’t “the one.” She just can’t bear to break it off, until he declares his desire to settle down. Then Keely’s editor rejects her latest novel. With her personal and professional lives suddenly in shambles, Keely longs for the soothing island way of life. Growing up, Keely and her best friend, Isabelle, were inseparable. Nothing could come between them, except, as it turned out, Keely’s high school boyfriend, Tommy. Returning home would mean facing Isabelle’s bitter betrayal and seeing for herself the family Tommy and Isabelle have created, the life that might have been Keely’s. When Keely’s mother falls into a deep depression, Keely knows what she must do, even though she is reluctant to face her estranged friend. Encountering Isabelle’s older brother, Sebastian, Keely’s longtime crush, only complicates things.

In one incredible summer, Keely must confront the mistakes of the past if she has any chance of finding true happiness in the place she will always call home.

“Under Currents” by Nora Roberts

Zane Bigelow grew up in a beautiful, perfectly kept house in North Carolina’s Blue Ridge Mountains. Strangers and even Zane’s own aunt across the lake see his parents as a successful surgeon and his stylish wife, making appearances at their children’s ballet recitals and baseball games. Only Zane and his sister know the truth, until one brutal night finally reveals cracks in the facade, and Zane escapes for college without a thought of looking back. Years later, Zane returns to his hometown determined to reconnect with the place and people that mean so much to him, despite the painful memories. As he resumes life in the colorful town, he meets a gifted landscape artist named Darby, who is on the run from ghosts of her own. Together they will have to teach each other what it means to face the past, and stand up for the ones they love.

“Willing to Die” by Lisa Jackson

A mother will do anything to protect her baby, when a killer has nothing to lose.

The crime scene is as puzzling as it is brutal. Paul and Brindel Latham are found dead in their beautiful San Francisco home, each the victim of a gunshot wound to the head. For Detective Regan Pescoli, news of her sister’s death brings grief and guilt. She and Brindel weren’t close, and Pescoli barely knows her teenage niece, Ivy, who lands on her doorstep in Grizzly Falls, Montana. Though Pescoli is on maternity leave, she’s soon deeply involved in a very personal investigation.

As the list of suspects keeps growing, so does the body count. Pescoli is about to find that both she and her loved ones are at the mercy of a killer who’ll go to any lengths to see her suffer.

“Window on the Bay’ by Debbie Macomber

Jenna Boltz’s life is at a crossroads. After a messy divorce from her surgeon husband nearly twenty years ago, she raised her two children on her own, juggling motherhood with her beloved job as a Seattle intensive-care nurse. Now that Paul and Allie have gone to college and moved out, Jenna can’t help but wonder what her future holds. Her best friend, Maureen, is excited for Jenna’s newfound independence. Now is the perfect time to finally book the trip to Paris they’ve been dreaming of since their college days. When it comes to life’s other great adventure, dating, Jenna still isn’t sure she’s ready to let love in, until an unexpected encounter begins to change her mind. When Jenna’s elderly mother breaks her hip, Dr. Rowan Lancaster saves the day. Despite his silent, stoic exterior, Rowan is immediately drawn to Jenna. Though Jenna is hesitant about becoming involved with another surgeon, she has to admit that she’s more than a little intrigued. When Jenna’s children approach her with shocking news, she realizes that she needs to have faith in love and embrace the unexpected — before the life she has always dreamed of passes her by.