Over the past few weeks, the killing of George Floyd by police sparked nationwide protests against state violence toward black people. With the demonstrations on countless streets and the conversations taking place in countless homes, bookstores are now experiencing a surge of interest in books about black history, racism and social justice.

Robin DiAngelo’s “White Fragility,” Ibram X. Kendi’s “How To Be an Antiracist” and Michelle Alexander’s “The New Jim Crow” all turned up on The New York Times nonfiction bestseller list. It’s cause for hope, among those who believe that reading can make us better and stronger.

With thanks to The Seattle Times readers who sent us dozens of suggestions, here’s a shortlist of titles — nonfiction and fiction — for those wanting to learn more about how we got to where we are, and how we can do better.

There is no list of nonfiction books that could ever encompass the breadth and complexity of African American history and the underpinnings of systemic racial injustice. But in an effort to ground this moment in history, humanity and connection to place, here are a few books for deeper exploration.

“My People are Rising: Memoir of a Black Panther Party Captain” by Aaron Dixon

Dixon, who led the Seattle Black Panther Party starting in 1968 through the late 1970s, wrote his memoir to chronicle his years leading the Seattle chapter during the height of the Black Power movement in the U.S. The book is a good reminder for Seattleites that racial injustice is not a problem just in other places, but that it has long been part of our social and political fabric — then and now. Former King County Councilmember Larry Gossett writes in praise at the front of the book, Dixon “presents a visual picture of the courage, commitment, and sometimes shocking brutality of life as a Panther activist.”

“Stamped From the Beginning: The Definitive History of Racist Ideas in America” by Ibram X. Kendi

Kendi might be best known for “How To Be an Antiracist,” but before he wrote that bestselling book, he wrote “Stamped From the Beginning,” which takes readers through the history of racist ideas through five “tour guides,” including W.E.B. Du Bois and William Lloyd Garrison. He writes, “Antiracists have long argued that racial discrimination was stamped from the beginning of America, which explains why racial disparities have existed and persisted.”

“When They Call You a Terrorist: A Black Lives Matter Memoir” by Patrisse Khan-Cullors and Asha Bandele

In this book, Khan-Cullors writes of growing up in Los Angeles and experiencing the persecution of black people by law enforcement, and particularly her brother’s experience in jail. After Trayvon Martin’s killer went free in 2013, these experiences led Khan-Cullors, Alicia Garza and Opal Tometi to co-found Black Lives Matter to fight for accountability for injustices against black people. There was plenty of pushback, with a 2016 petition to label the movement a “terrorist organization” getting more than 140,000 signatures. Alexander, author of “The New Jim Crow,” said the book “reveals what inspired Patrisse’s visionary and courageous activism and forces us to face the consequence of the choices our nation made when we criminalized a generation.” 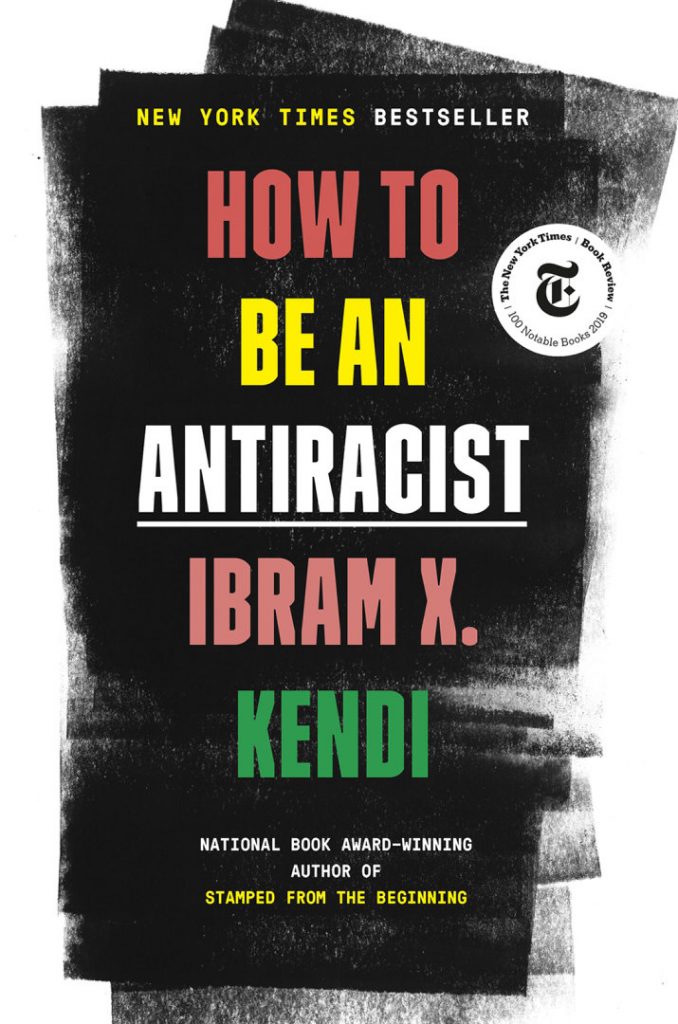 PENGUIN RANDOM HOUSE / TNS
“How To Be an Antiracist” by Ibram X. Kendi

“The Forging of a Black Community: Seattle’s Central District from 1870 Through the Civil Rights Era” by Quintard Taylor

Published in 1994, this book by Taylor, a University of Washington history professor emeritus and founder of BlackPast.org, remains a must-read for those who want to understand Seattle’s history. Taylor documents the evolution of Seattle’s black community in the Central District from the 1870s to the early 1990s, examining the impacts of migration, redlining, white flight, racial covenants and the movement for racial justice.

“The Fire This Time: A New Generation Speaks About Race,” edited by Jesmyn Ward

National Book Award winner Jesmyn Ward compiled this collection of essays and poems about race by contemporary writers including Carol Anderson, Jericho Brown, Edwidge Danticat, Kevin Young, Claudia Rankine and Honoree Jeffers. “The Fire This Time” was conceived as a modern response to James Baldwin’s powerful 1963 essay collection “The Fire Next Time” (in our list below of must-read books on racial justice) and explores the “untidiness” of race in the U.S.

Reading fiction won’t give you a specific list of steps to take to fight social injustice — but it will do something just as important: It places us inside someone’s head and someone’s imagination, letting us begin the work of understanding and empathizing. Here are five books by black American authors (and yes, I’ve left out many of the greats; this is just the tiniest of starts), new and old, that immerse us in black lives.

“If Beale Street Could Talk” by James Baldwin

Baldwin’s fifth novel, published in 1974, has as its heart a topic that resonates all too strongly today: the criminal justice system’s long record of unjust incarceration of black men. Fonny and Tish, a young black couple, are in love and expecting a child in early 1970s Harlem, but their idyll is interrupted when Fonny is falsely accused of raping a white woman and sent to jail. A wrenching love story narrated by Tish, this novel eloquently reminds us of the weight social injustice places on families. Bonus: the beautiful 2018 film version of the book, directed by Barry Jenkins.

“The Turner House” by Angela Flournoy

This 2015 novel places the reader at the center of a large black family in Detroit, moving us from the father’s early years in the city in the 1940s to the Turner family’s financial struggles in 2008. The 13 Turner children span a generation — the oldest born during World War II, the youngest just months after the 1967 Detroit race riots — and the book is an immersive examination of the complexities of sibling relationships, the housing crisis’ impact on inner-city families like the Turners, and how a house becomes the story of its inhabitants.

“Their Eyes Were Watching God” by Zora Neale Hurston

Maybe you read this and were dazzled by it, like I did and was, back in college; maybe you’re due, like I am, to read it again. Published in 1937 (and out of print for decades before being reissued in the 1970s), it’s the story of Janie, a black woman who maintains her fierce independence throughout three marriages. A key figure in the Harlem Renaissance, Hurston wrote many novels, stories, essays and poems, including two long-posthumous books: the nonfiction work “Barracoon: The Story of the Last ‘Black Cargo’” (published in 2018) and the short story collection “Hitting a Straight Lick with a Crooked Stick,” published earlier this year.

“An American Marriage” by Tayari Jones

More than four decades after “If Beale Street Could Talk” comes Jones’ 2018 bestseller; reading the two back to back would be an eloquent demonstration of how short a distance we’ve come. “An American Marriage” also examines the effect of unjust incarceration on a family; here, the burden is carried by an Atlanta couple: he behind bars for a crime he didn’t commit; she waiting at home, and drawn to a longtime friend who offers solace. It’s both an up-to-the-minute contemporary drama, and a timeless, poignant love triangle.

“The Underground Railroad” by Colson Whitehead

Whitehead’s 2016 novel, winner of both the Pulitzer Prize and the National Book Award, is every bit as devastating and brilliant as you expect it to be; after finishing it recently, I found I needed time to process, to sit with the searing, simple beauty of his words. The story of a young enslaved woman who escapes via a secret (and nonmetaphorical) series of trains and stations, it’s painful, necessary reading, reminding us of our country’s horrific legacy — one that’s too easy for some of us to forget.

And here are 15 more suggestions you probably have already heard of; many of them current bestsellers, all of them powerful and relevant to this moment.