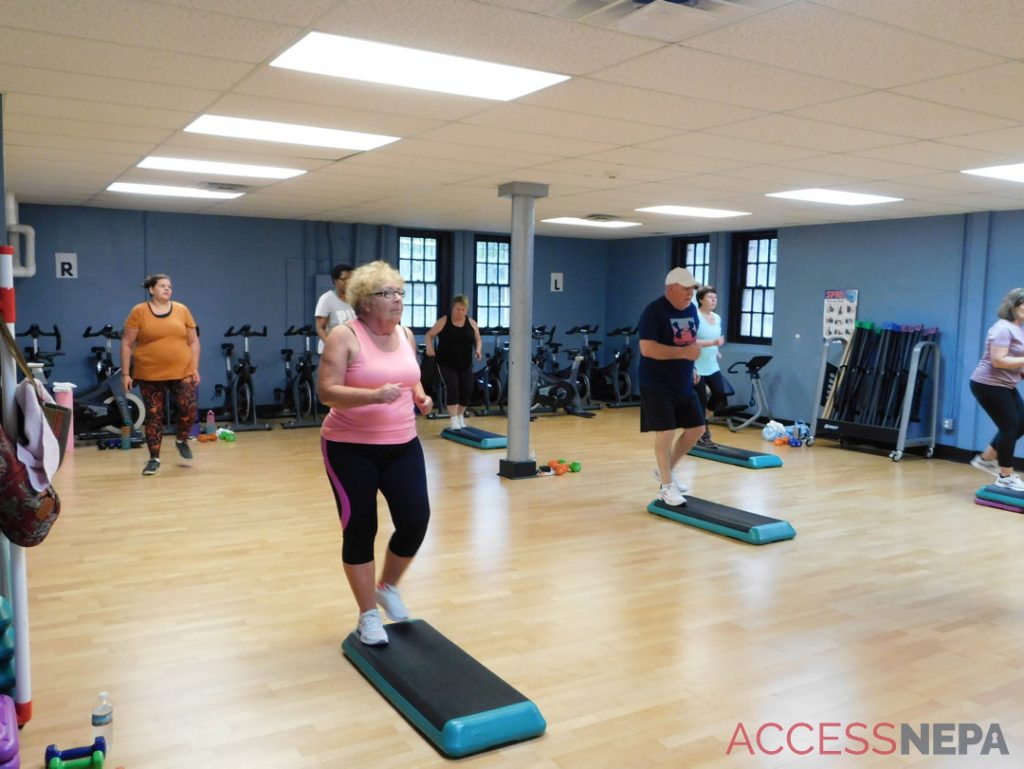 Editor’s note: This is part of an occasional series on places to get fit in Schuylkill County.

At the Schuylkill YMCA, the sense of community and camaraderie is apparent right at the front desk. When you enter the historic fitness fortress on Centre Street, Pottsville, the first thing you see is 20-year-old fitness enthusiast Nick Seddon holding court.

“Hey Nick, what’s up, man?” one member said as he walks through the door.

“Have a good one,” Seddon said, flashing the peace sign, to another member on his way out.

“I’ve gotten to know a lot of them, just based on the small conversations that we have coming in and out,” Seddon said. “It’s very nice to get to know the people who come in.”

Seddon has worked the Schuylkill YMCA’s front desk since January 2020, long enough to see it close from March to June due to COVID-19. He admits the pandemic has scrambled his brain.

“It was difficult,” CEO Amanda Karenda said. “Only about 30% of our members came back, so we tried to increase that.”

After almost a year of monthly promotions, interaction with the local community and posts on social media, the Schuylkill YMCA’s membership is almost back to pre-COVID numbers.

Founded as the Pottsville YMCA in the 1930s, then reintroduced in 1997 after closing in the 1970s, the Schuylkill YMCA has almost 2,000 members and more than 90 fitness programs, including Maria Dalton’s Total Body workouts. Held on Mondays and Wednesdays, Dalton’s classes are for all ages and fitness levels.

“It incorporates a little bit of everything,” she said. “It’s kickboxing, steps, weights, abs. You can make it as high or intense as you want.”

“It’s a place to go for the community,” Dalton, of Pottsville, said about the YMCA, “and to meet new people, hang out with old friends, make new friends.” 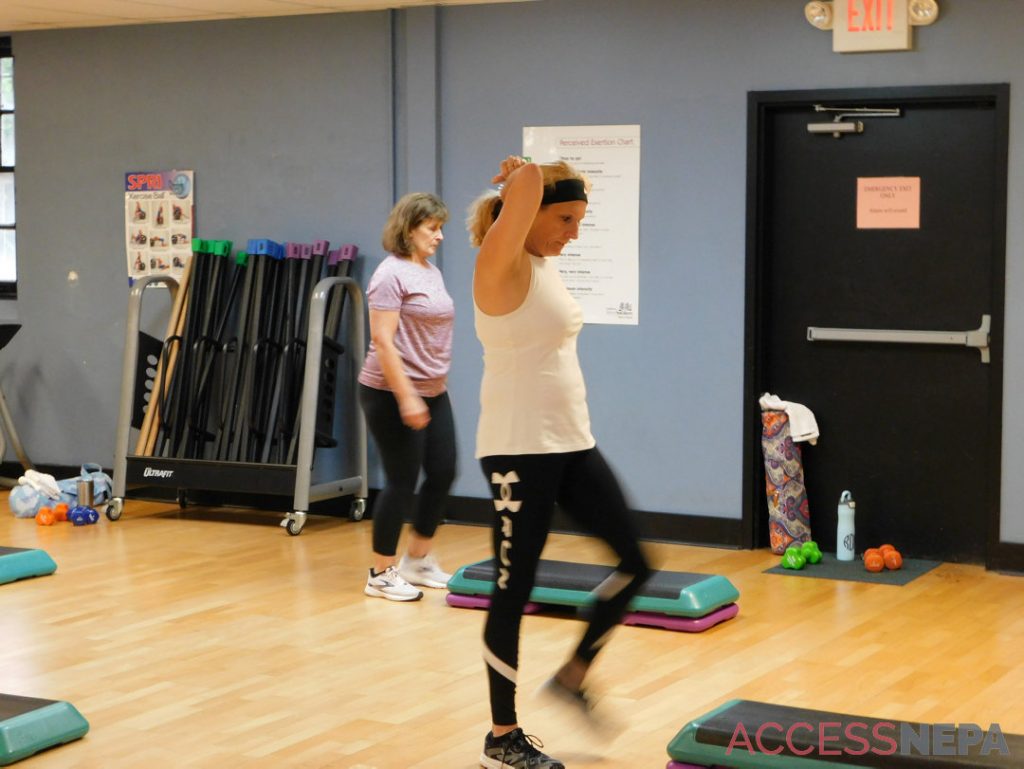 Raring contracted the coronavirus in December and was stuck in bed for 20 days. One night she was so short of breath she thought she would die. Even after recovering, she had trouble breathing, so she worked out at the YMCA.

“It’s made me feel a lot lighter and a lot healthier,” Quanita Britt, of Saint Clair, said. “I got more energy and it’s something to do on Wednesdays.”

John Maskerines has been working out at the YMCA for 10 years, but Dalton and the others jokingly call him “the new guy” because he only occasionally comes to Total Body classes.

“It keeps me moving, as a gentleman who is into his 70s. It helps my golf game, it makes me more flexible,” Maskerines said.

Members of the Total Body class have become such good friends that they even hang out outside the YMCA.

“I love the members,” Dalton said. “The members are the ones who get me motivated and excited, and we have such a good time. We laugh, we joke and everybody gets along with everybody.”