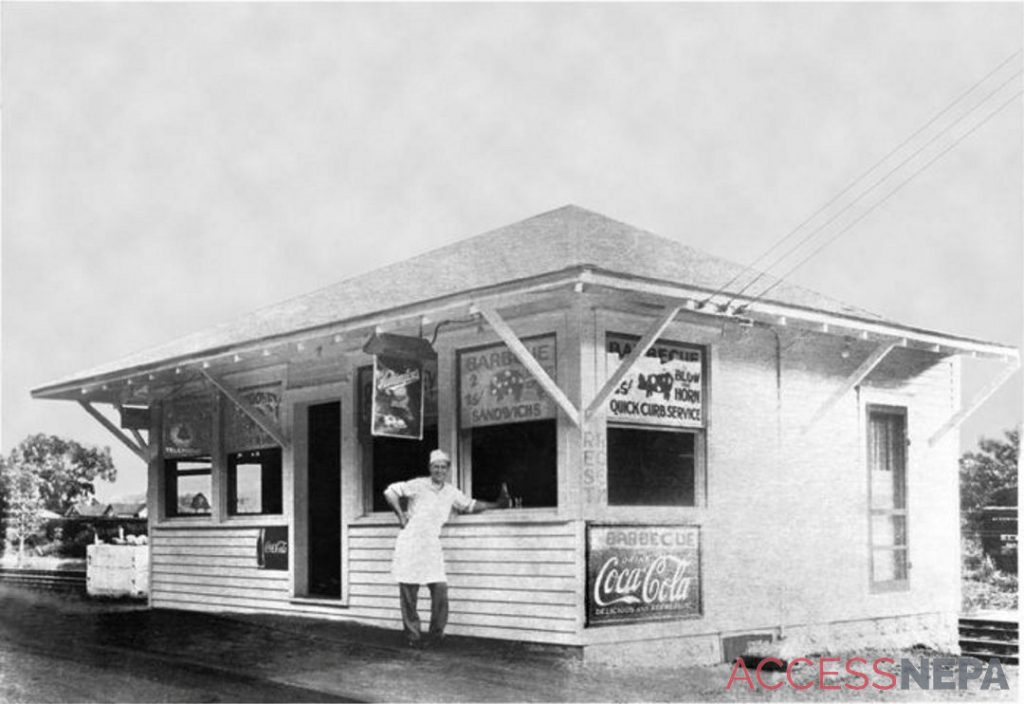 Going our way? Route 11: A trip down memory lane

In April 1926, the State Highway Department started building an 18-foot wide concrete highway along “the Narrows,” a two-mile stretch between Kingston Corners and Larksville, which was then a narrow dirt path virtually impassable by motor vehicles.

From a story in the Pittston Gazette, “When complete, there will be a modern paved highway along the West Side from West Pittston to Harrisburg.”
At the same time, a dirt road between Moosic and Dupont was being paved. The timing of the road improvements was perfect for the Federal Bureau of Public Roads, which in 1926 created a north-south route connecting a series of state and local roads and designated it United States Highway 11. The famously recognizable shield signs were affixed beginning the next year.

Route 11 begins at the Lake Champlain town, Rouses Point, New York, which borders both Canada and Vermont. At Watertown, New York, 11 turns due south, shooting down the map along the ancient “Iroquois Trail,” it passes within five miles of Lake Ontario and onto Syracuse and Binghamton. Route 11 enters Pennsylvania a mile above Great Bend, where it takes a big bend and follows Martin’s Creek to Nicholson, goes under the famous bridge toward Scranton where it turns right off Front Street then south onto Pittston and Cedar avenues and becomes the artery though the heart of the Triboro and Greater Pittston. On the West Side through West Pittston, Exeter, Wyoming and Forty Fort, Route 11 teaches a lesson on the local impact of the Revolutionary War as it passes the Jenkins-Harding Cemetery, the site of the Battle of Wyoming, the Wyoming Monument and the Forty Fort Meeting House. 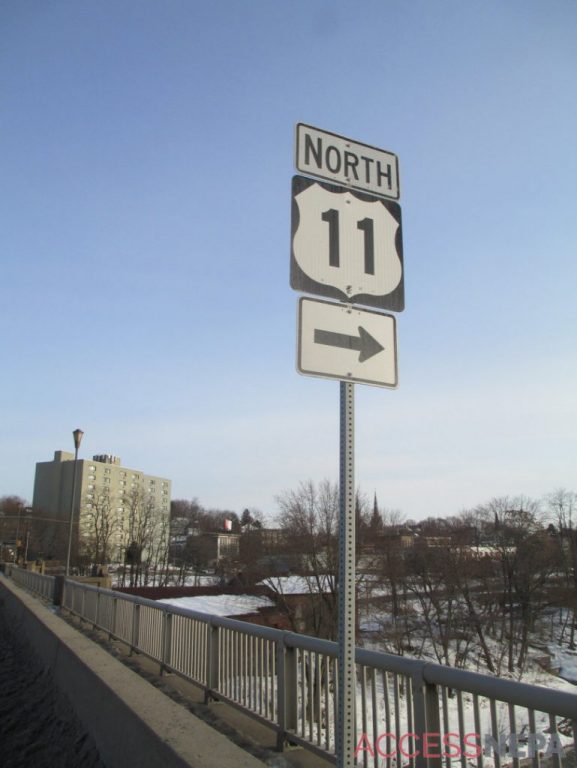 SUBMITTED PHOTO
A Route 11 sign in the Pittston area.

Though Route 11 maintains most of its original route, it was usurped as a through-travel highway when Interstate 81 came through in the late 1960s. Before I-81, travelers used Route 11 to get to the Deep South, motoring through Maryland, West Virginia, Virginia, Tennessee, Georgia, Alabama, Mississippi and finally, Louisiana, where U.S. Route 11 crosses Lake Pontchartrain on the five-mile Maestri Bridge and ends at the Bayou Sauvage National Wildlife Refuge, 15 miles east of New Orleans and 1,645 miles from Rouses Point.

In Virginia, where Route 11 is known as the Lee Highway, it retains some of its vintage vibe, as it travels through the small towns I-81 bypasses. One town is Mt. Jackson, home to Route 11 Chips, a small-batch potato chip company. A highlight in Virginia, and a motorcycle destination, is Natural Bridge State Park, where Route 11 crosses Cedar Creek Gorge on “The Natural Bridge,” a 90-foot long bedrock geological formation. In Roanoke, U..S Route 11 becomes Williamson Road, a crowded strip of restaurants, service stations and second hand shops.

Much of Route 11 was similar to Williamson Road from the 1930s to early 60s, peppered along its length with motels flashing no vacancy, drive-in-movies, roadside walk-up hot dog and ice cream stands, bars and diners, car lots and salvage yards.

Ralph Frank, 71, knows what that was like. He is the third generation owner of Stookey’s Famous Bar-B-Que on Route 11, which is Popular Street in West Nanticoke. The barbecue was founded by his grandparents, Ralph and Margaret Stookey, in 1926, the year Route 11 was designated. It may be the only business original to Route 11 in NEPA, if not beyond. 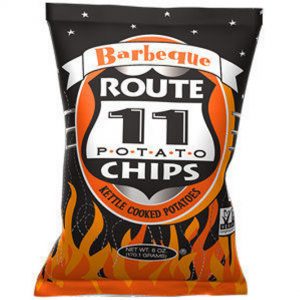 Frank worked, and even lived there as a kid. He said in the 1950s and 60s, Route 11 was busier than today. “It was well-traveled,” he said. “There was always traffic. It was narrower and dangerous. There was no turning lane. There were a lot of accidents and a fair amount hit the building.”

It’s not hard to imagine a lot of the traffic Frank remembers heading to The American Car and Foundry Company in Berwick, makers of railroad cars and trollies and, during World War II, Stuart tanks; or to the Mills and the state college in Bloomsburg.

In its heyday, Route 11 was never a sexy route like Route 66, the famed highway from Chicago to Los Angeles which was also designated in 1926. Unlike the romanticized Route 66, Route 11, never had a song, a TV show or a clothing line named for it. Route 11 didn’t conjure an image of California-dreaming young people with long air flowing from convertibles or flapping on motorcycles.

Route 11 never had an image at all, but if it did, it would have been buses and trollies, burley T-shirted men piloting streams of tractor trailers, traveling carnivals, military convoys, peddlers, traveling salesmen and families in used station wagons on their way to Knoebel’s Grove, Harrisburg, Gettysburg, the Mason-Dixon Line and the Deep South.