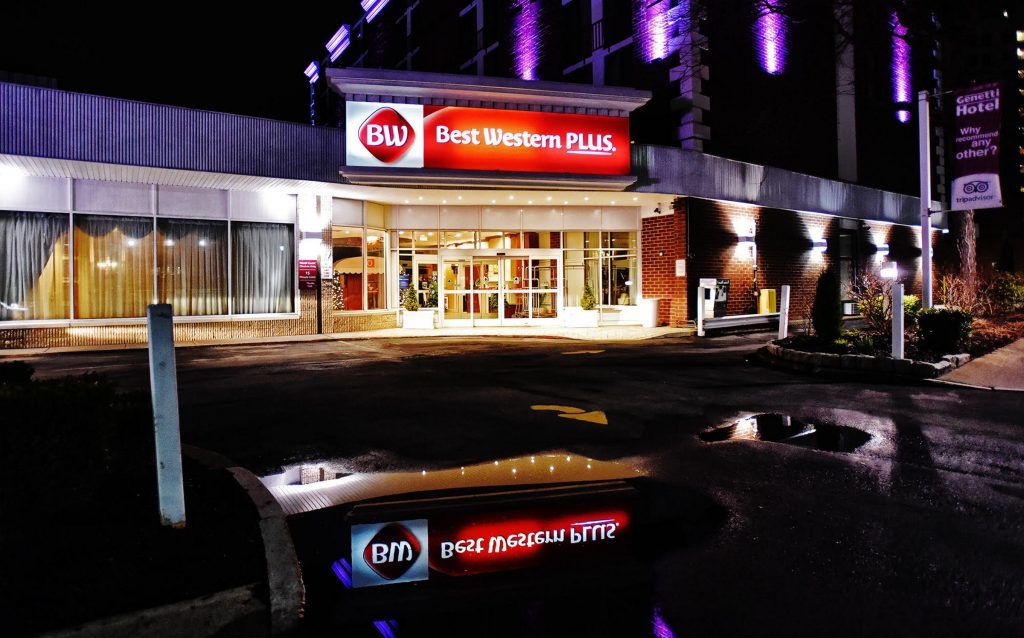 Someday things will get better — but right now the coronavirus pandemic has left the tourism and hotel industry in dire shape.

That was the assessment of two prominent hotel owners and the head of the county tourism bureau this week.

Gus Genetti, owner of Genetti’s Best Western Plus in Wilkes-Barre, said he has never seen anything devastate the hotel and hospitality industry as severely as the pandemic.

“There is no business,” Genetti said. “Everything is quiet.”

Genetti said the restaurant portion of his business is shut down by Gov. Tom Wolf’s order for all non-essential businesses to close.

The conferences and receptions that often fill the hotel’s ballrooms and meeting rooms have been postponed.

The occupancy rate of hotel rooms stands at about 25% to 30%, rather than the 60% or more he would expect this time of year, Genetti said.

Worst of all, the sudden drastic loss of business has forced Genetti’s to lay off more than half of its employees.

“The majority of our staff has been cut,” Genetti said. “I feel bad for our employees. Many of them live paycheck to paycheck.”

While the pandemic will continue to batter the hospitality industry and most businesses, life will eventually return to normal and local businesses will recover, Genetti said.

“It will be pretty busy once this thing is over,” he said.

The story is much the same at the Woodlands Resort in Plains Twp., according to co-owner Mitch Kornfeld.

All food and beverage business is closed and the conventions and conferences that normally fill the resort’s meeting spaces, especially on weekends, are postponed, Kornfeld said.

“The good news is a lot of people are postponing rather than canceling,” he said.

About 25% of the Woodlands staff is working, with about 75% laid off or not being called in to work, according to Kornfeld.

The resort had been enjoying a good first quarter before the pandemic escalated last week, Kornfeld said.

“When the NBA canceled its season and the parades canceled and March Madness canceled … as soon as that happened we started to get cancellation after cancellation.”

Kornfeld said he is waiting to see what help the government might provide to businesses crippled by the coronavirus pandemic.

He also said he has contacted local hospitals to offer the use of the Woodlands for overflow hospital beds if the pandemic escalates to the point hospitals run out of room for patients.

“This is the worst thing I have seen,” Kornfeld said.

That is the case for the entire hospitality, hotel and entertainment industry, according to Ted Wampole, executive director of Visit Luzerne County, the county’s tourism bureau.

“The impact is going to be catastrophic,” Wampole said. “This is unprecedented.”

About 7,200 jobs in Luzerne County are supported by the tourism industry, directly or indirectly, according to Wampole.

Most of the people who hold those jobs are hurting right now, with many workers abruptly laid off or furloughed.

“That is hard to take,” Wampole said. “You feel for them.”

Tourism officials throughout the region are meeting to compare notes on ways to get through the drastic downturn and prepare to bounce back once the pandemic runs its course, Wampole said.

“The important thing right now is for people to understand the seriousness of this,” he said. “We just don’t want crowds gathering together.”