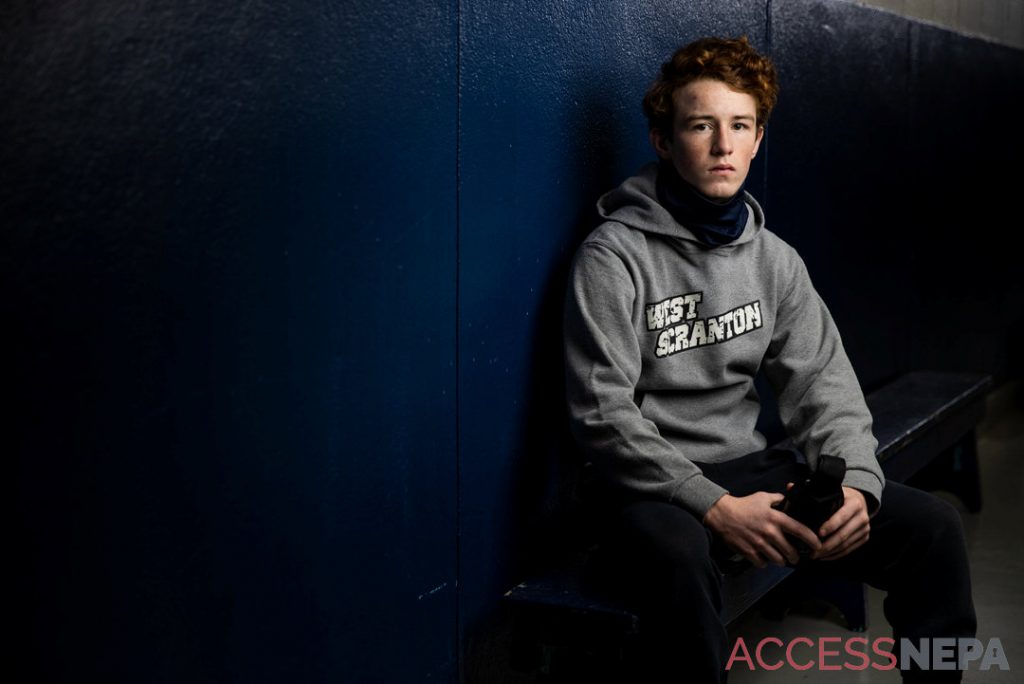 Last season, Fashouer compiled 40 wins. Another normal year might have put him over the top. However, the coronavirus pandemic shortened his final season and prevented any opportunity for Fashouer to reach the milestone.

“That would have meant so much for me,” Fashouer said. “I’m a little upset, but nothing could stop it now. Just keep moving forward.”

He did just that, as he is in the midst of his best postseason run.

Boasting a 114-24 career record, Fashouer is a three-time first-team Lackawanna League Division I coaches all-star, a 2019 All-Region selection and a two-time Lackawanna League and Tunkhannock Holiday tournament champion. Despite his illustrious resume, District 2 champion and regional medalist were missing from it.

That changed when he secured a third-period reversal and back points to defeat Tunkhannock’s Owen Woods in the district final Feb. 20. Last season, Fashouer, going for his 100th victory, faced Woods and the Tunkhannock wrestler pinned him.

He carried that momentum into the Northeast Regional, when he earned a 6-4 decision over Nazareth Area’s Jake Doone, ranked 22nd in the state according to PA Power Wrestling, in the quarterfinals. In the semifinals, he pinned Liberty’s Javien De Leon, ranked 13th in the state, in the first period to qualify for the East Super Regional. Ranked 12th in the state, Fashouer is 11-1 this season. His only loss came in the final against the top-ranked wrestler in the state, Bethlehem Catholic’s Dante Frinzi.

“He’s so successful because of his work ethic and the time that he puts in,” Fox said. “He may finish practice, go home and have dinner and then end up at a club somewhere like the Mat Assassins. He’s one of those guys who does that. He’ll go home, he’ll do his homework, eat and then go at it again at night. The same thing when the season’s over. He doesn’t play any other sports. He’s a wrestler year round.” 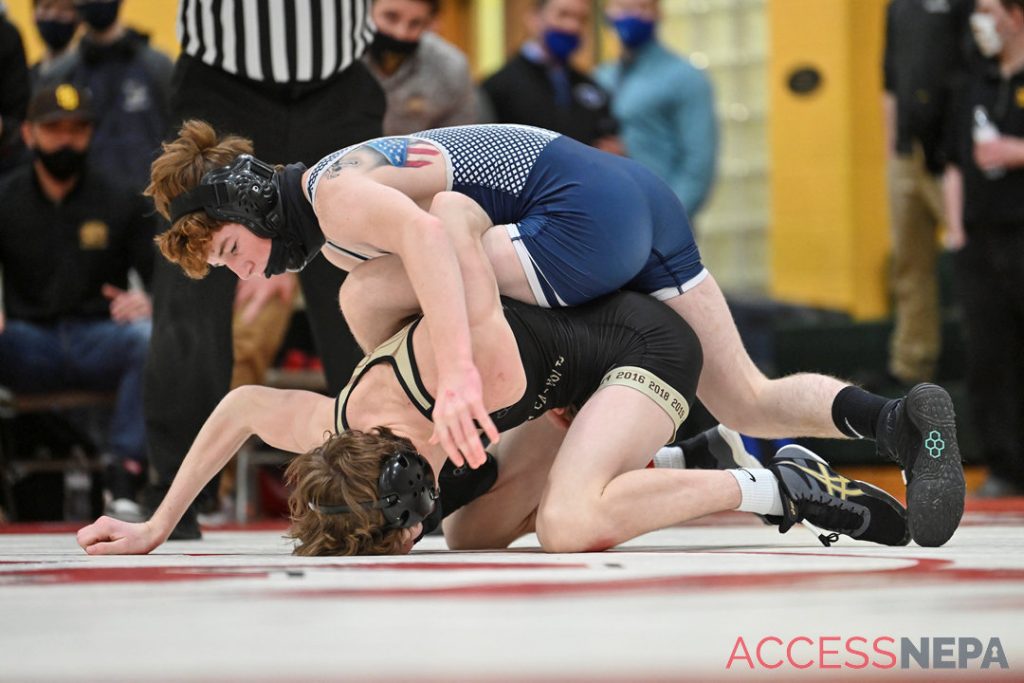 When Fashouer isn’t wrestling, spectators don’t have to look far to find him. The Invaders captain often paces near the edge of the mat, shouting encouragement to his teammate and coaching.

His leadership proves vital to the growth of West Scranton’s young talent.

“Because of the pandemic, we run practices a little different and we keep them in smaller groups, but Austin is always jumping from the middleweights to the lightweights so MJ (Turi) is in the middle group and Tyson (Cook) is in the lower group and Austin puts in double work,” Fox said. “He’ll go work with both groups. He makes an impact on the younger guys in the room. And if you see him at tournaments or matches, you could just look at him and know he’s a leader by how he carries himself.”

Turi, a sophomore, is a two-time regional qualifier and missed qualifying for the Class 3A East Super Regional by one spot. He reached 30 wins as a freshman. Cook, a freshman at 106 pounds, placed fourth at regionals to reach the super regional.

“He’s very good,” Fashouer said of Cook. “He won’t stop moving. He just keeps pushing the pace and everything. We tell him to sit out because of his knee and then he won’t because he just wants to keep going. He’s a hard worker in the room.” 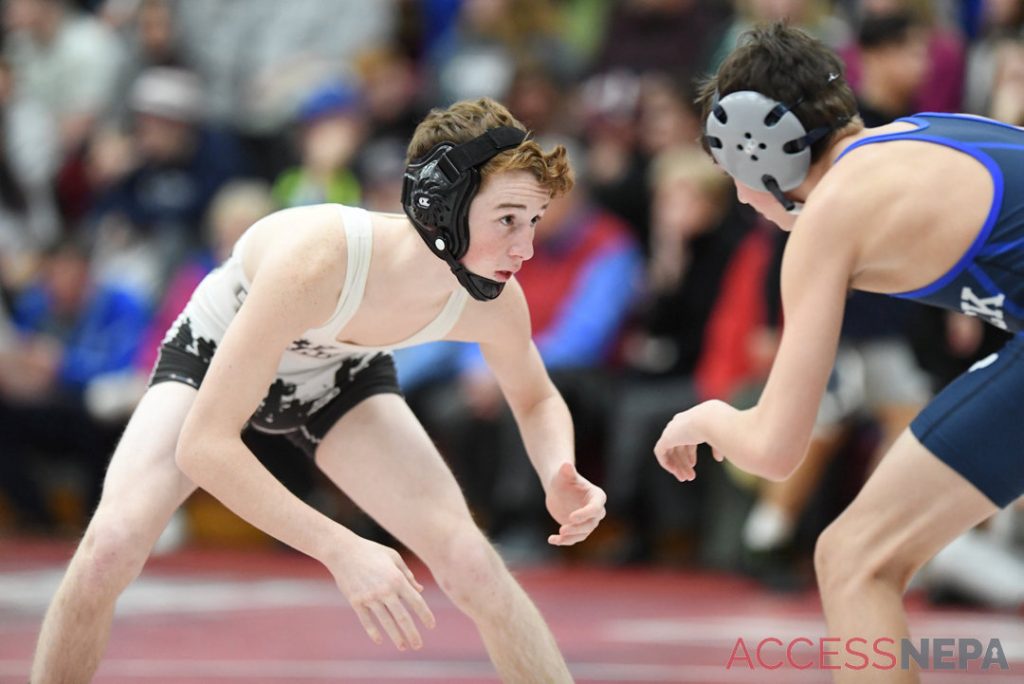 In his freshman and sophomore seasons, Fashouer learned to lead from 2019 Times-Tribune Wrestler of the Year Jeremy Seymour. This season, Fashouer had the guidance of former West Scranton standout Jimmy Morgan, who joined the Invaders coaching staff. Seymour, Morgan and James Forsette are tied for second on the program’s wins list at 129. In a normal season, Fashouer would have breezed past their mark, but he did match their accomplishments by setting an example for future West Scranton stars.

“We just pass the torch every year,” Fox said. “Jeremy Seymour was in the room and that was someone that Austin looked up to, his leadership and what he did and how he carried himself and now Austin is carrying himself that way and young guys like Tyson and MJ are looking up to that. It’s awesome to see that, how’s he’s learned through the program and now he’s that leader.”

Cook achieved individual success this season in the same weight class where Fashouer started his career. He also sees and experiences the senior’s impact on the team.

“He’s got great leadership skills,” Cook said. “He’s always telling people how to do moves, how to perfect moves. He’s always helping people in the room, making sure people are doing it right. And he’s always pushing everybody. There will be points where people want to break and don’t want to do it, but he’ll tell everybody to keep pushing. To do the last sprint.”

Usually the next step after the Northeast Regional is the state tournament. However, the PIAA added a super regional to keep the number of wrestlers in each weight class to eight because of the coronavirus pandemic.

Fashouer (120) needs to finish in the top four to qualify for his first state tournament. He won’t be alone, as Cook and fellow senior and captain Cam Butka (285) will also try to make it to Hershey.

The Class 3A East Super Regional is Saturday at 8:30 a.m. at Quakertown High School.

Fashouer will face Oxford Area’s Cannon Hershey, ranked 14th in the state, in the quarterfinals.

No matter what happens, Fashouer proved he doesn’t need a record to cement his place in program history. 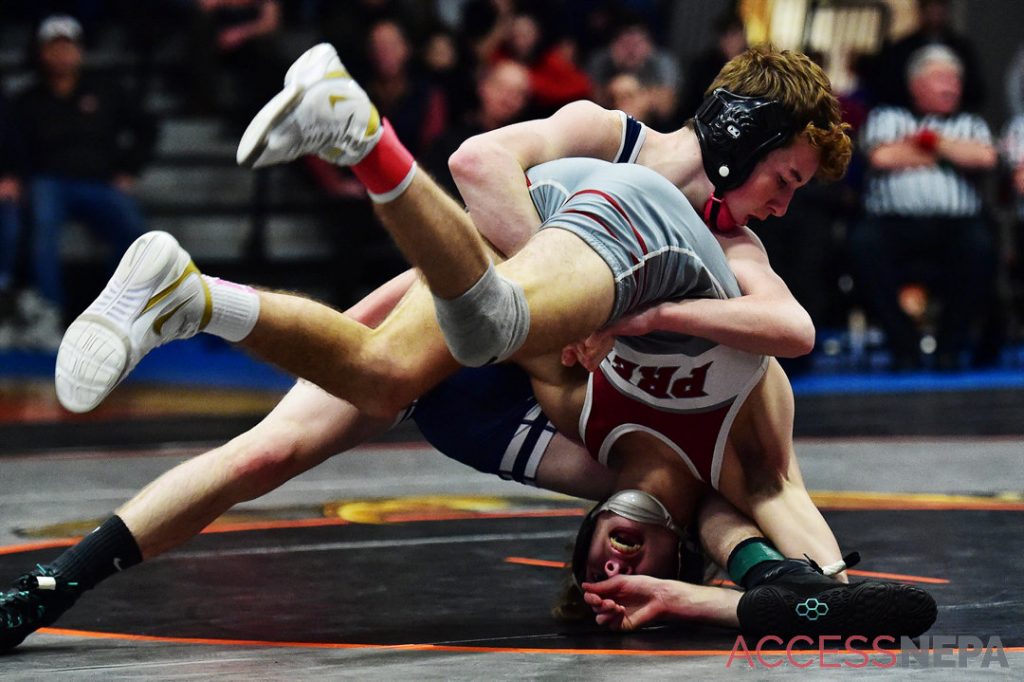