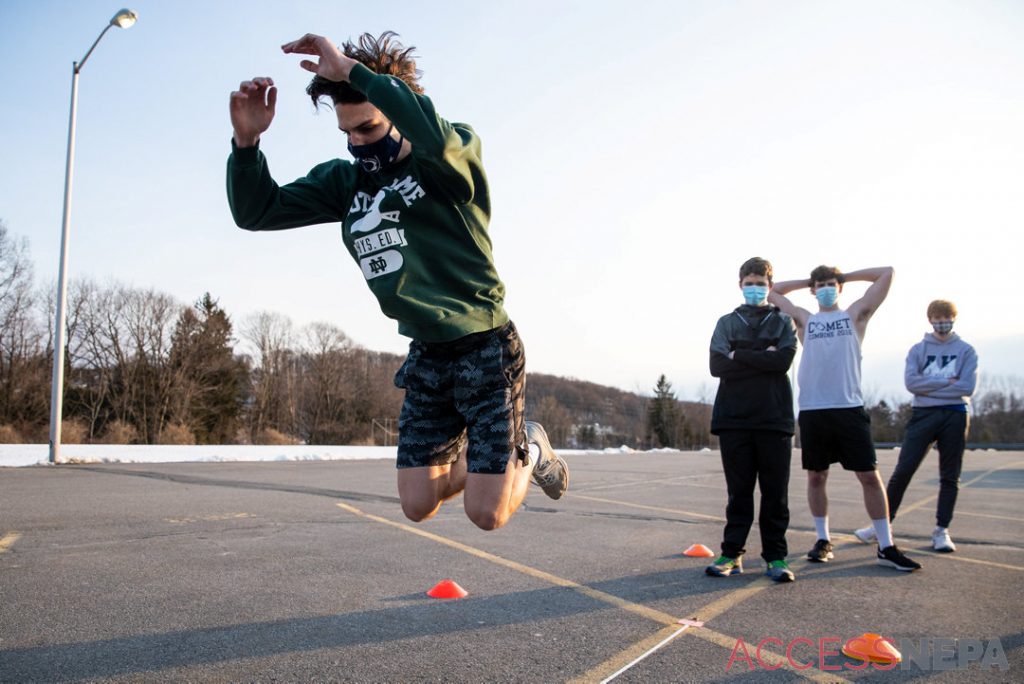 This high school boys track and field season is full of mystery.

Unlike in the girls Lackawanna Track Conference, where several star athletes return, the boys teams and coaches are searching for who will shine brightest this spring.

Many are relying on history when assessing the upcoming schedule. Abington Heights, Scranton, Wallenpaupack, Lakeland and Montrose are the favorites in their divisions, but that is based more on tradition than anything else. Some others could surprise, based on athletes returning from 2019 — the coronavirus pandemic canceled the 2020 season — and those who moved up from junior high.

Montrose senior Henry Rogers is the only athlete returning who received All-Region honors in 2019, and he achieved that as part of the 1,600-meter relay team. Rogers, a standout sprinter, also made the LTC Division III-IV all-star team and, as a sophomore, finished fourth in the 100-meter dash at the District 2 Class 2A Championships. In addition, he had a season-best time of 52.89 seconds in the 400.

“I missed track so much,” Rogers said. “It was a real bummer not running last year. I am really looking forward to this year and getting back out there. I have been working really hard to get back into track shape, because it is so much different than the two sports I played in the fall, soccer and football.

“After my 10th grade season, that gave me an insight of what is possible on the track. I have had excellent coaching and great teammates. They have taught me the right work habits to get ready to compete at my best.”

With Rogers the main cog on an otherwise inexperienced team, the coaches still see Montrose as the team to beat in Division IV. The Meteors will count on seniors Jonathan Lydon and Gabe Wilbur, both distance runners; and Jason Smith, a hurdler.

Lackawanna Trail is considered a strong contender. The Lions have not won a division title since 2007, but they are coming off a successful 2019 season and have 14 athletes returning. Tyler Rozanski is a sprinter and hurdler, RJ Schirg will hold down the throwing events and Brayden Clarke is a freshman who finished sixth at the District 2 Class 2A Cross Country Championships and qualified for the state meet in the fall.

Chris Clauss is the lone returning athlete with a top-15 finish from the 2019 District 2 Class 3A Championship meet for the Comets. He finished 11th in the 400 with a season-best time of 55.02. Tyler Petty returns in the distance races and Christian Lezinski is back in the throws.

Scranton senior Sam Jones won a fourth-place medal in the 110 hurdles at the District 2 Class 3A Championships and was seventh in the race at the Robert Spagna Championships.

Valley View has depth on the track. Spencer Duffield is a returning medal winner at the Robert Spagna and District 2 Championship meets in the 110 hurdles. Aiden Kearney is a rising standout in the sprints and Jack Baronski is strong in the mid-distance and distance races.

Scranton Prep is led by a pair of NCAA Division I athletes. Thomas Dickinson, who is committed to the University of Virginia, placed fourth in the javelin at the NSAF Meet of Champions this past weekend with a distance of 183 feet, 3 inches.

“It’s early in the season and the conditions were good and I had a good distance and it is two months until districts and states,” Dickinson said. “I am definitely looking forward to the season. That was the first real big meet where I went against some really great competition. That was a great experience. This is a great opportunity to compete this season. I will be getting home and getting ready to go right to the meet.

“I am just glad we can have some kind of season to look forward to.”

Jack Lynett, who is a standout in the pole vault for the Cavaliers, is committed to Lafayette College.

Wallenpaupack is the defending four-time champion, but will look to newcomers to continue its winning standard.

James Carrubba returns in the 400, where he won a bronze in the 400 at the District 2 Class 3A Championships and a fifth-place medal at the Robert Spagna meet. Shadrak Agyei had a championship season in the sprints at the junior high level in 2019, while Amr Jones is a standout in the jumps.

Delaware Valley has balance across the board with speedsters Harlem Cook and Mark Callanan, hurdler Will Gianesses, distance standout Adam Kanterman and throwers Mike Gecik and Thomas Actisdano.

Mid Valley is the overwhelming favorite to snap Lakeland’s lock on the division crown.

The Spartans are very strong on the track, especially in the distance races. Vincenzo Iacavazzi, Michael Novak, Christian Snee and Collin Pacyna all had top-15 finishes at the District 2 Class 2A Cross Country Championship meet. Jeremiah Wolo and Kyle Marcinkevich are solid in the sprints.

Lakeland, which has won 40 straight dual meets, lost some key athletes to graduation, including one who did so early this year. CJ Dippre, who led the football team to the District 2 Class 3A title and is a returning two-time All-Region thrower, is already enrolled at the University of Maryland, where he will play football. Chase Nolan is a state qualifier in the 110 hurdles and Mike Pidgeon contributed in the sprints and mid-distance in 2019.

Dunmore, which won its last division crown in 2011, returns several key members of the team from 2019. David Reilly made the finals in the 100 and 110 hurdles at the District 2 Class 2A Championships. Connor Holt is a strong mid-distance athlete back and Mark DelVecchio is a returning athlete in the jumps.