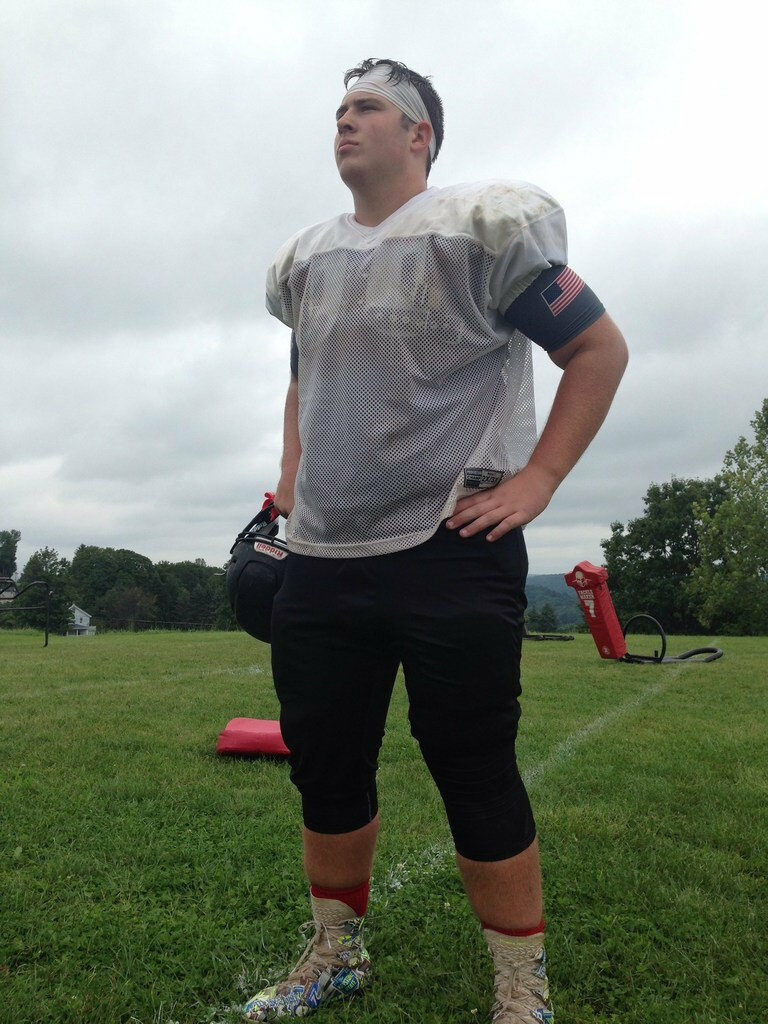 Thursday evening, the big boss Chris Imperiale messaged ON THE BLOG with an alert. Former Honesdale lineman Alex Atcavage posted on his Twitter account @AlexAtcavage  that a big announcement was forthcoming. 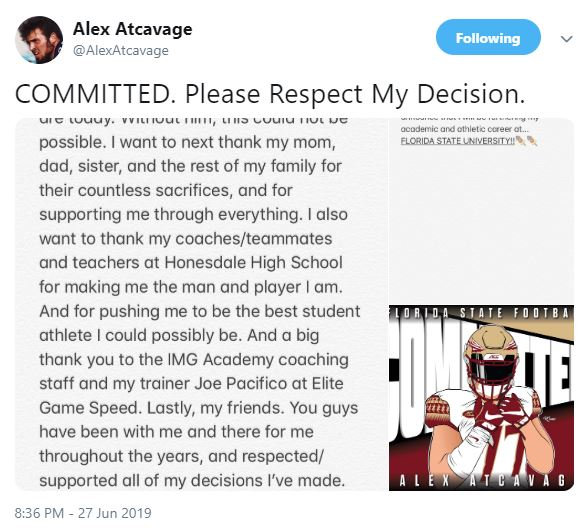 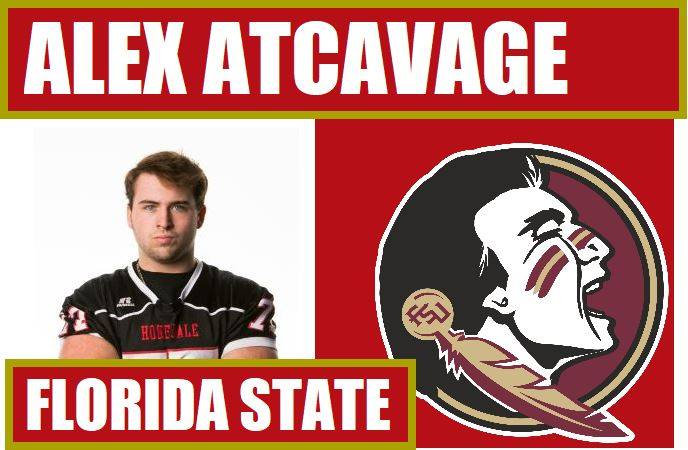 A CLOSER LOOK AT ALEX ATCAVAGE

We first met Alex Atcavage when he started as a freshman at Honesdale High School. He was a 6-foot-4, 336-pound tackle in 2016 and just started to scratch the surface with his talent. He was raw, but his size and, as a basketball player, his feet were impressive for a player only 14 years old. 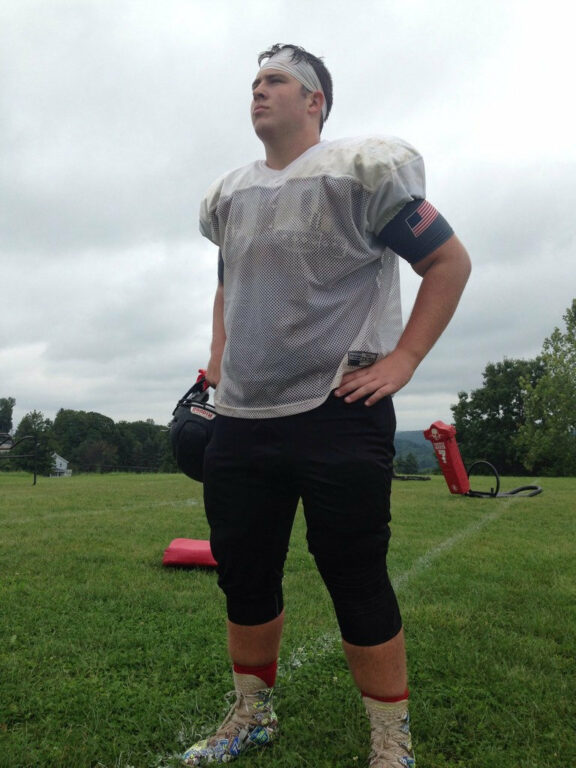 During the annual tour AROUND THE CAMPS we visited with Atcavage, who trimmed down and looked very agile during drills. He landed on the college recruiting radar and was eager to prove he was an NCAA Division I prospect.

At Honesdale, the Hornets could be a popular team to watch by college coaches this fall. Sophomore Alex Atcavage, who celebrated his 16th birthday Tuesday, is already on the recruiting radar of major NCAA Division I programs. He is 6-5, 305 pounds with a varsity season under his belt and has worked this entire offseason on his strength and quickness. He refuses to allow any of the personal attention to become a distraction.

“I have just been keeping an open mind and a level head,” Atcavage said. “I am only a sophomore, so I am not going to worry too much about the colleges. I haven’t even thought about what I want to study in college and that is the most important thing, the education. “I have just been focusing on this season and being the best teammate for my team, so we can get some wins.”

Last season, Atcavage came to the varsity team as a freshman with limited football knowledge and skill. His size at a young age only allowed him to start playing organized football in seventh grade. He admitted the game was much faster and things came at him like a locomotive.

A year later, physically and mentally more mature, and infused with a lot of confidence, Atcavage is ready to help the Hornets recover from an 0-10 season. “I see a big difference already,” Atcavage said. “I am a lot more aggressive. Last year, I was very tentative. I played a little scared. This year, when we went to team camp, I felt more aggressive and finished my blocks.” 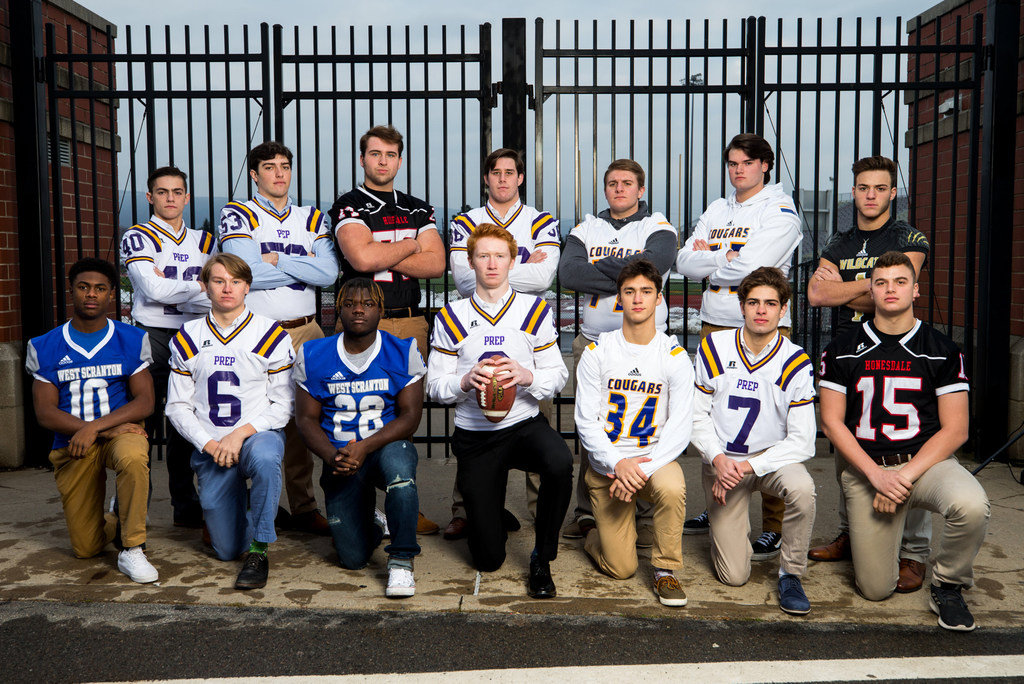 As a junior, Atcavage moved to guard, a position he appeared to be more suited for as a college recruit. He had an all-star season for the Hornets who reached the District 2 Class 4A playoffs with one of the most productive running games in the Lackawanna Football Conference. 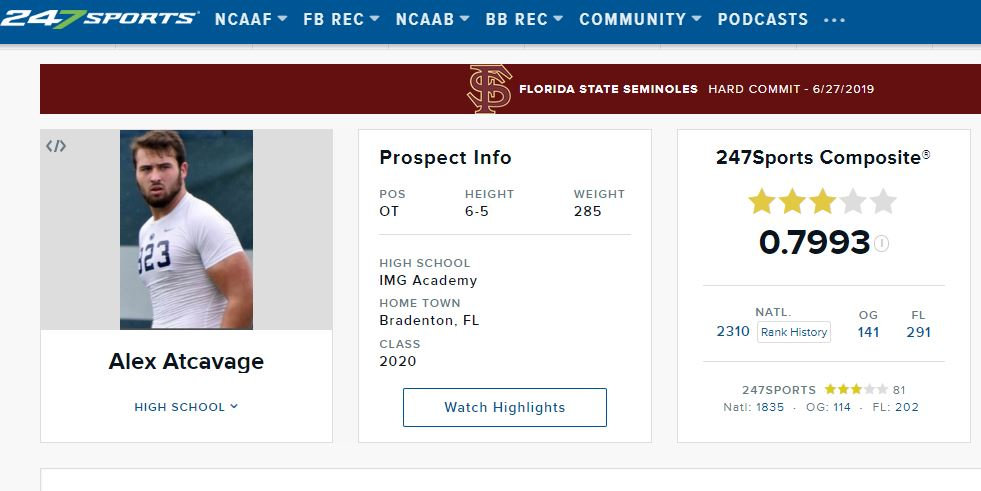 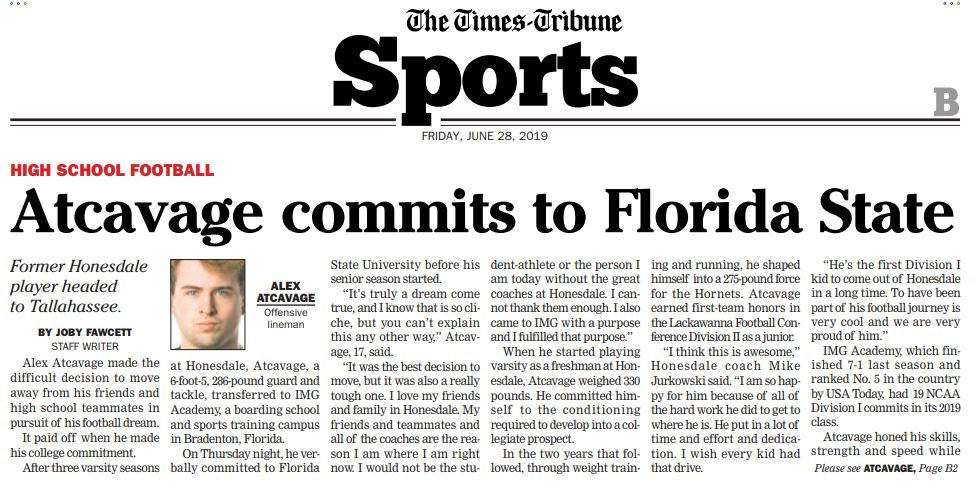 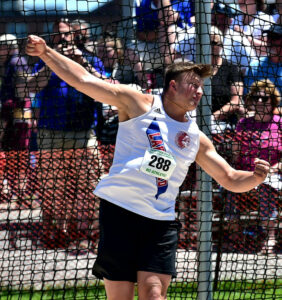 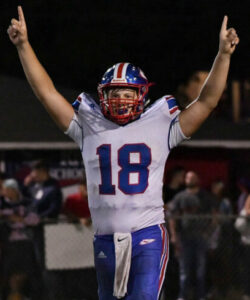 The 2019 season officially begins with summer conditioning following the July 4th holiday. With Atcavage’s commitment, the question is who will emerge as top prospects in the Lackawanna Football Conference?

Already, Lakeland junior quarterback CJ Dippre is considered one of the top players for the Class of 2021. He has landed scholarship offers from Bowling Green and Boston College this summer. In the spring he earned his second bronze medal at the PIAA Class 2A Track and Field Championships in the discus. 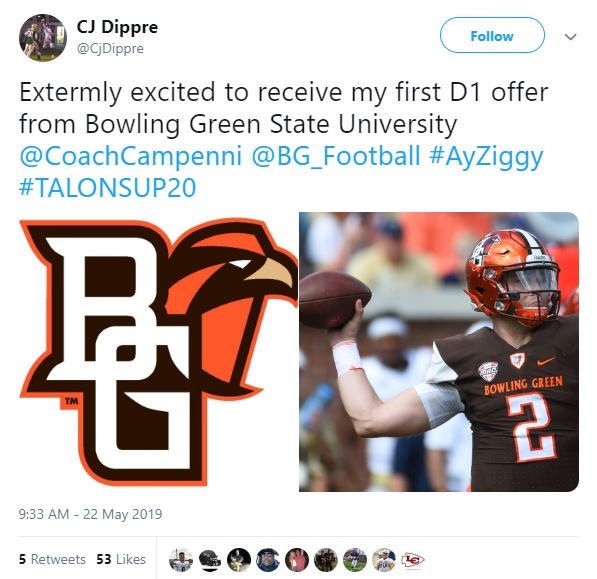 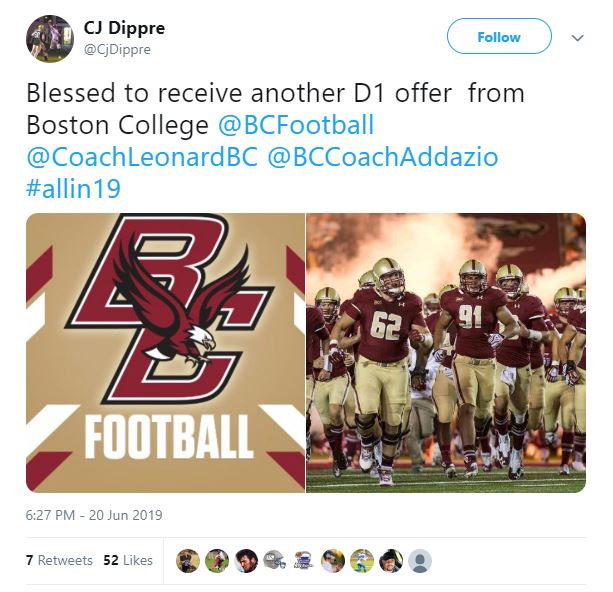