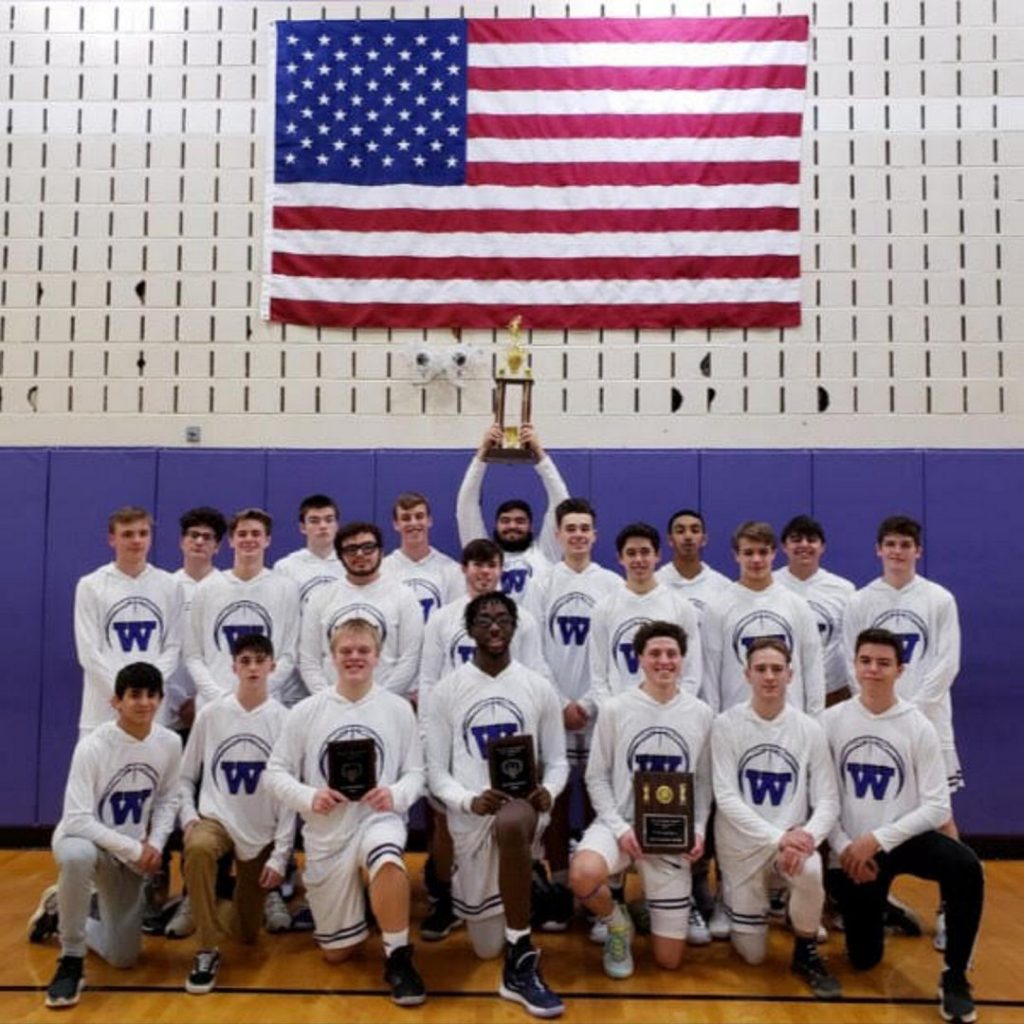 HS BASKETBALL: Into the home stretch; Championship secured — Others still up for grabs

The Lackawanna League pushed forward through difficult weather at the end of the week and now teams are into the home stretch of the regular season.

PALMYRA TWP. — Gabe Springer came out of the game to a loud ovation.
Then, he gave his coach Jim McGinnis a giant hug.
On Senior Night, the towering 6-foot-7 center had reason to celebrate after he led Wallenpaupack to a second straight Lackawanna Division II championship.
He scored nine points, soared above the rim for 16 rebounds and an emphatic early dunk, and swatted six shots as the third-ranked Buckhorns overcame a rough start for a 53-27 win over No. 9 Honesdale on Tuesday night.
“This means a lot to me,” Springer said. “Our coach, he always stresses how hard work can get you what you want. The main thing for us was to focus and not let the emotions get to us too much. We just had to play basketball.
“This is a great feeling.”

Posted by Joby Fawcett, The Times-Tribune on Tuesday, February 4, 2020

The Buckorns only two losses this season have come against Abington Heights and Scranton Prep from Division I. They have beaten their Division II opponents in league games by an average of 18.0 points per game. 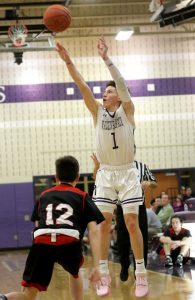 Wallenpaupack has secured the No. 1 seed for the District 2 Class 5A playoffs. That bracket will include Abington Heights, which already has a win over the Buckhorns and, oh by the way, it has won eight straight District 2 championships at various classifications.

Dallas and Crestwood find themselves involved in an intense playoff situation for the WVC Division I title. 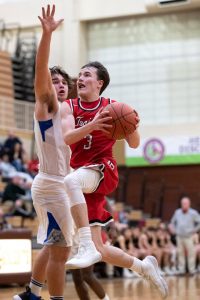 What a surprise. … The championship will be decided by Abington Heights and Scranton Prep.

In a season where there were some upsets and it appeared to have more balance and parity this year than most, the Division I title continues to run through the Comets and Cavaliers.

It’s been this way since the Lackawanna League moved to four divisions in 2013. The last time a team other than Abington Heights or Scranton Prep won the division crown came in 2012 when Scranton won it.

Everything got thrown into a mess when Scranton upset Scranton Prep last week.

At Scranton, Kevin Lazdowsky had 21 points and 15 rebounds to lead the Knights, who snapped a three-game losing streak.
Jason Shields had 12 points for Scranton and Patrick McCormack added 10.
Michael Skoff scored (13 points for No. 2 Scranton Prep, which had won six straight.

That inspired ON THE BLOG to check out Scranton when it traveled to Valley View on Saturday.

But, it was the Cougars who put on a show.

Led by Zack Kovalchik, Adam Howanitz and Connor Kelley, Valley View overwhelmed the Knights. And put themselves into position to spoil Scranton Prep’s bid for a division championship.

Valley View gets back on track vs. Knights

ARCHBALD — Much of what ailed Valley View during a three-game losing streak appeared to threaten it, again.
Lethargic play, being careless with the ball and poor shots plagued the sixth-ranked Cougars through the first 8 minutes of its Saturday matinee against Scranton.
Then, coach Mike Kurpis implored his players to dig deep and get back to what made them a contender for the Lackawanna Division I title.
They responded.
Zack Kovalchik scored 19 points, freshman Adam Howanitz had 16 and Connor Kelley hit for 14 as Valley View’s balanced attack overwhelmed the Knights, 60-47, to get them back on the winning track heading into the final week of the regular season.
“Right before the game, coach Kurpis said to us, the playoffs are coming up and we can’t go into them on a losing stretch, then we played awful in the first quarter,” said Kovalchik, who also contributed three rebounds, three steals and two assists. “We had to play physical and tough, and that is what he reminded us about after the first quarter.
“We flipped the switch. We started to run out and got easy baskets and it all started with our defense.”

Posted by Joby Fawcett, The Times-Tribune on Saturday, February 8, 2020

Also on Saturday, Abington Heights took care of West Scranton to grab a one-half-game lead over Scranton Prep in the division standings.

Abington Heights has won the last two Division I championships. If the Comets beat Scranton Prep on Thursday they will repeat. 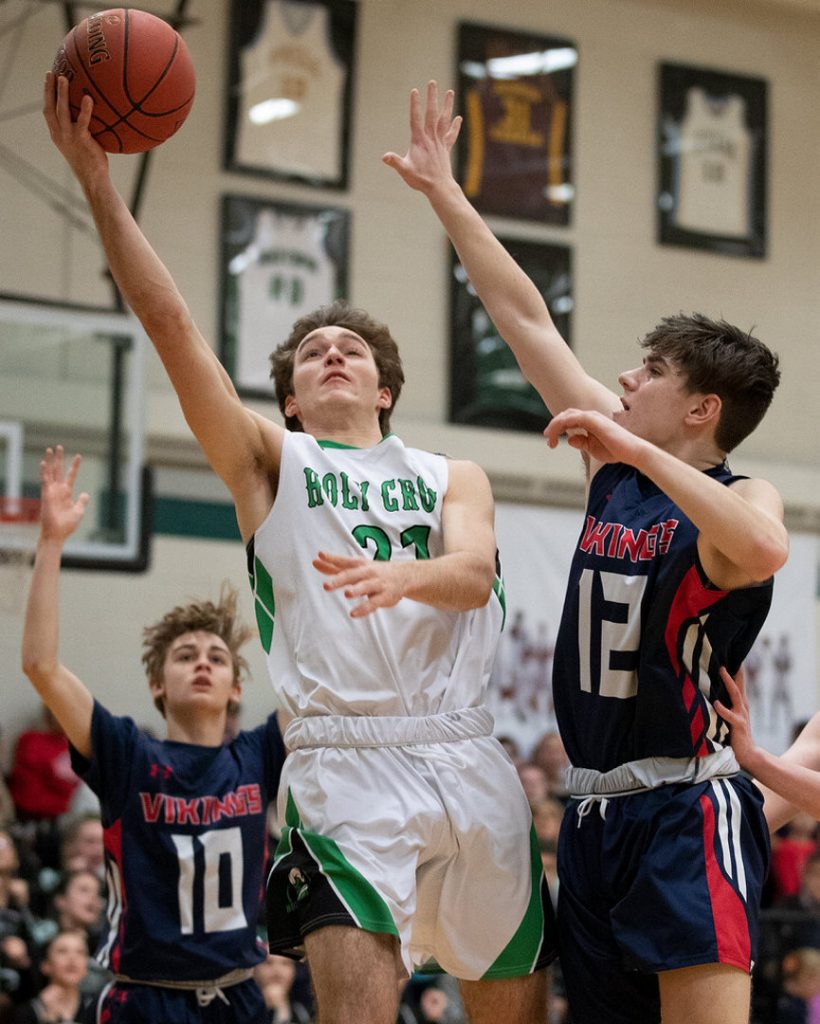 By avenging its only division loss this season, the Crusaders locked up no worse than a tie for first place in Division III and could lock up its third straight division championship this week with a win over Mid Valley or Dunmore.

Again, because of the importance of the showdown between Holy Cross and Riverside, ON THE BLOG attended the game and filed this report.

O’Connor helps Holy Cross get back at Riverside

DUNMORE — Leahy O’Connor expressed clearly that he and his Holy Cross teammates hate to lose.
Three weeks ago, Riverside dealt the Crusaders a defeat.
That served as all the motivation they needed for the rematch.
On Sunday, Holy Cross avenged that setback and secured a tie for first place in defense of a Lackawanna Division III championship.
With a balanced scoring and intense defense, the top-ranked Crusaders rolled past No. 7 Riverside, 71-59, at Holy Cross High School gymnasium where they have won 23 straight league games.
The Crusaders (18-2 overall, 9-1 in Division III) have a two-game lead over Riverside (13-7, 7-3) and Lakeland (15-5, 7-3) with two to play in pursuit of a third straight division crown.
“Knowing they beat us last time, and then we had a deficit after the first quarter, we had our backs against the wall, and we responded,” said O’Connor, who scored 14 of his 16 points in the first half. “We just had to stay within ourselves and stick to the game plan and this would work out for us.”

Posted by Joby Fawcett, The Times-Tribune on Sunday, February 9, 2020 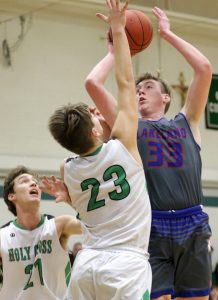 In a 5-hour time frame Saturday, Lackawanna Trail’s dreams of a Division IV title went from being eliminated to alive again.

The Lions suffered a loss to Blue Ridge in the afternoon, then waited impatiently as Susquehanna upset Mountain View in the evening.

So, heading into this week, the Lions and Eagles remain tied in the loss column for Division IV honors.

MOUNTAIN VIEW: Is one-half-game behind Lackawanna Trail but is tied in the loss column. 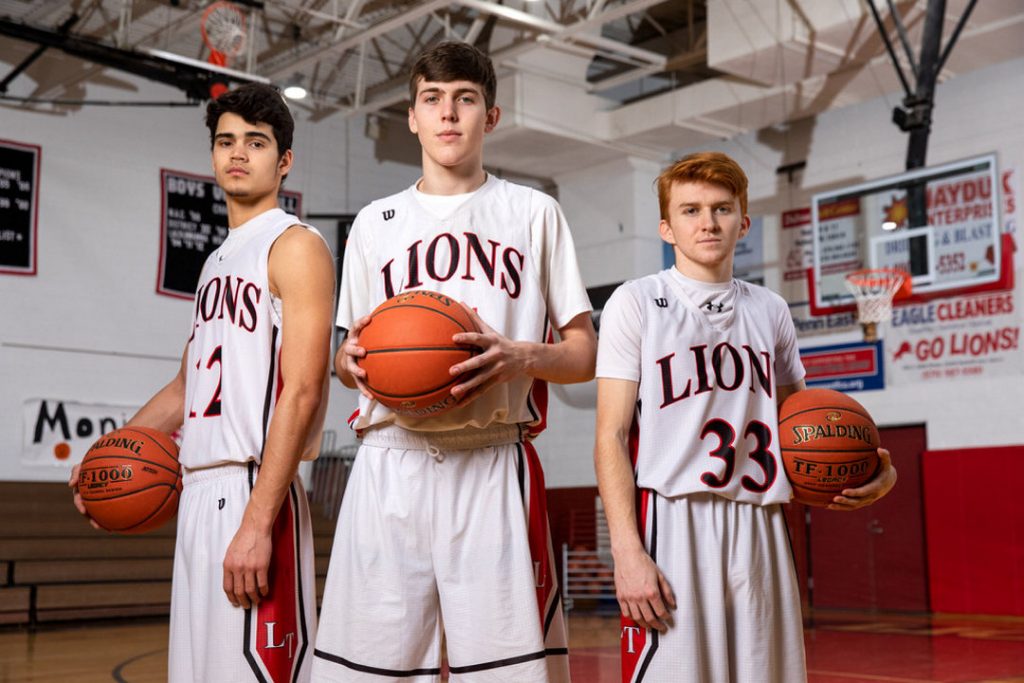 Not only are these teams in Division IV still battling for the division title, they are also jockeying for position in the District 2 playoffs.

Let’s face it, to get to the arena, teams from this division want to be on the other side of the bracket, opposite of Holy Cross.

Lackawanna Trail already knows it is on the other side as the No. 2 seed. Clearly, Mountain View would like to hold off Elk Lake and even Old Forge for the No. 3 spot.

Should Lackawanna Trail and Mountain View tie for first place in the division — There will be a playoff at a time and date to be determined. 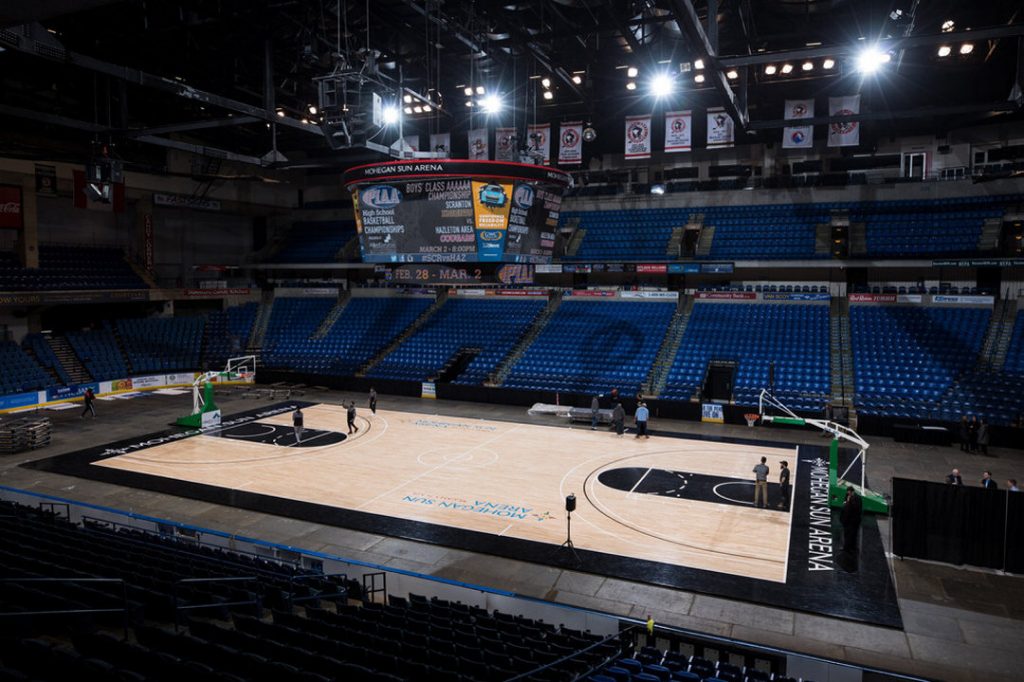